Whether the weather realizes it or not, the calendar says it’s spring. Which, in RVA, means GET OUTSIDE, and if you have to throw on a stylish light jacket or sweater to do it, so be it. Whether the weather realizes it or not, the calendar says it’s spring. Which, in RVA, means GET OUT. We love our outside lifestyle! A walk in our charming neighborhoods and parks, a little vino on a patio, a rock in the river, a trip to a farmers’ market, an outdoor museum visit, an al fresco dinner, or a search for unique boutiques–and if you have to throw on a stylish light jacket or sweater to do it, so be it. 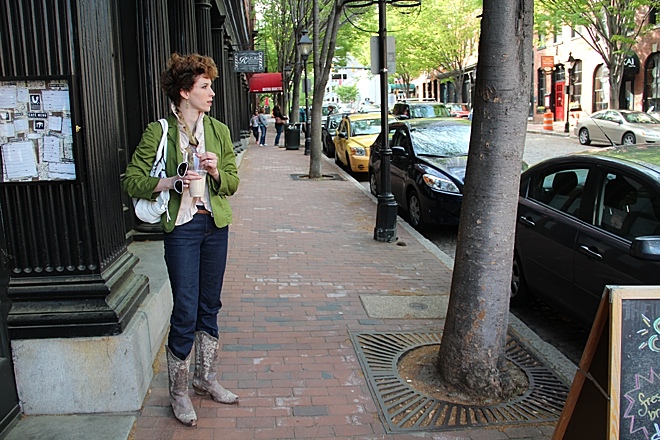 Annie: more than OK, with a smoothie from Urban Farmhouse and a smooth style all her own; Shockoe Design District 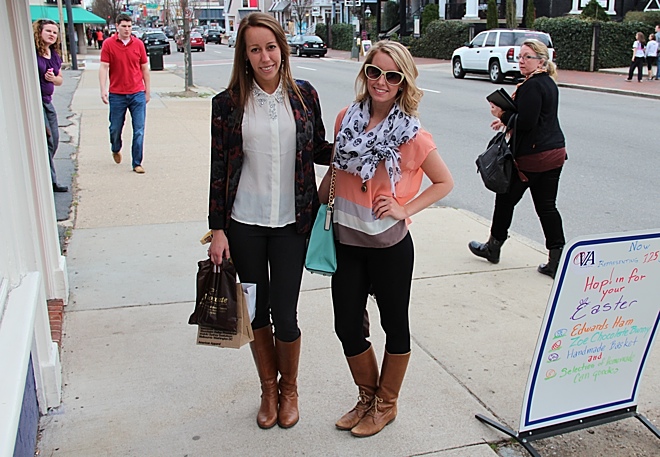 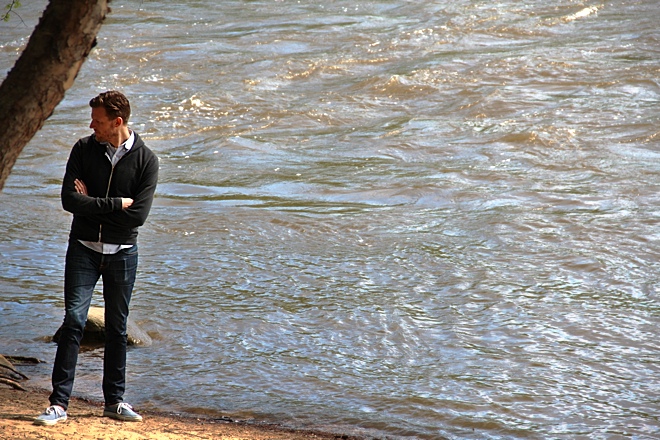 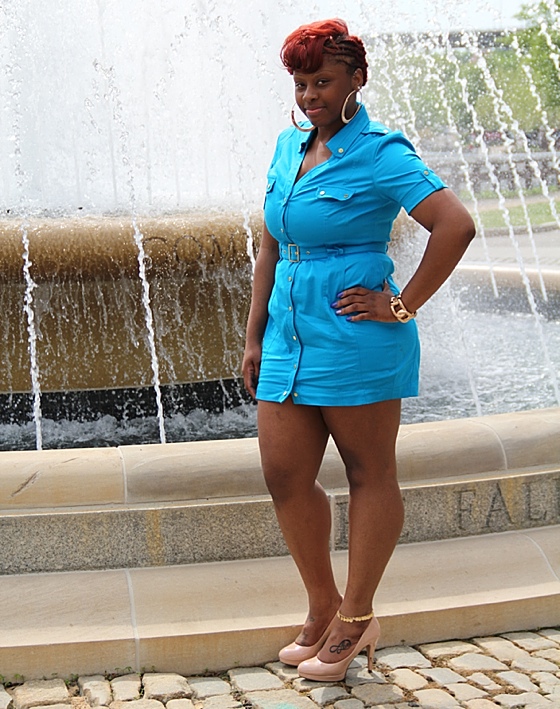 Shareeka, with the Brown’s Island fountain. 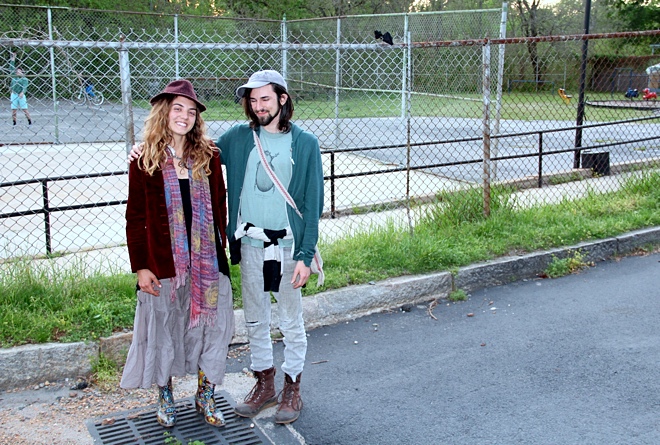 I met Chelsea and Cole as I rushed to catch a spectacular sunset from Oregon Hill’s overlook. When I asked if I could take a photo, Chelsea quipped, “You’re not going to steal my soul, are you?” I reassured her with a “no” but did admit that I might steal her style. Quickly she retorted, “Not possible my friend, this is one of a kind.” Quite true–though still plotting to steal her boots. 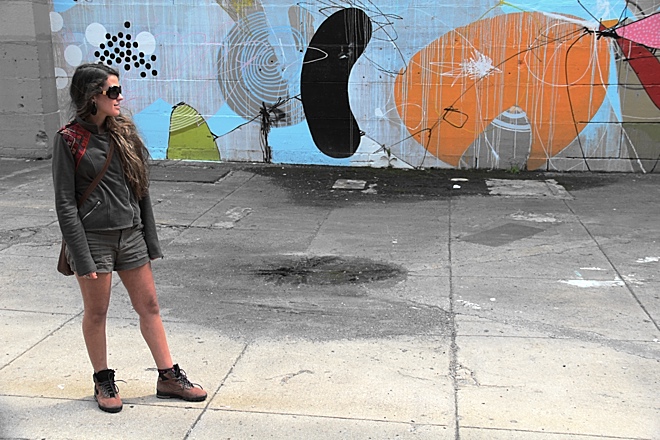 Owning all brown in front of HENSE’s technicolor hues; Power Plant at the Canal Walk 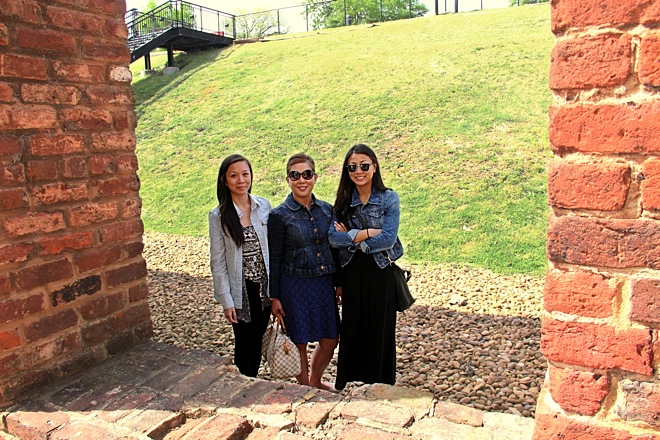 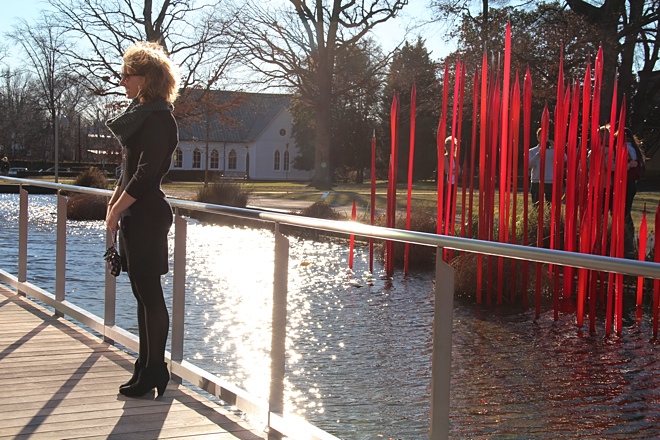 Sparkling in the sculpture garden; VMFA 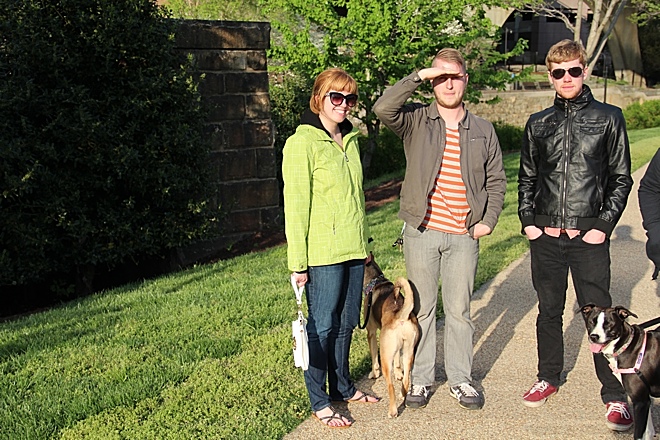 Staring at the sun on Brown’s Island. 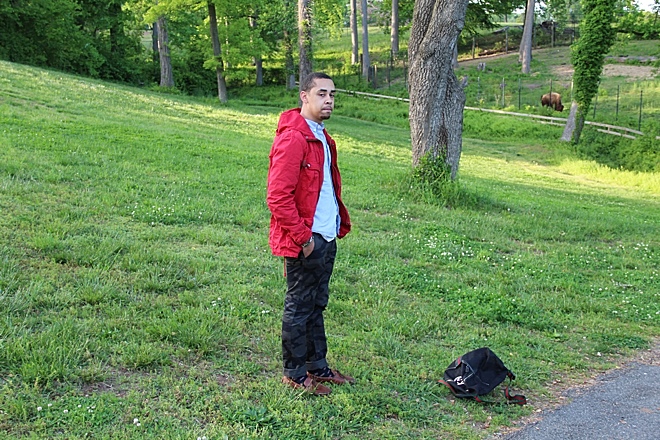 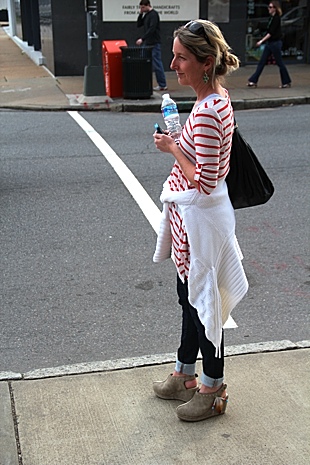 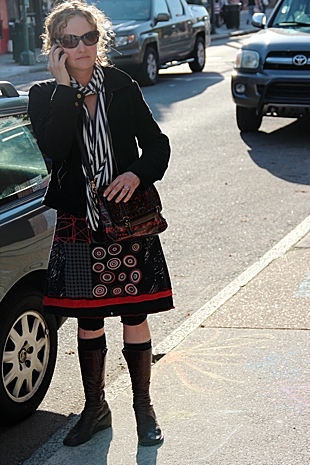 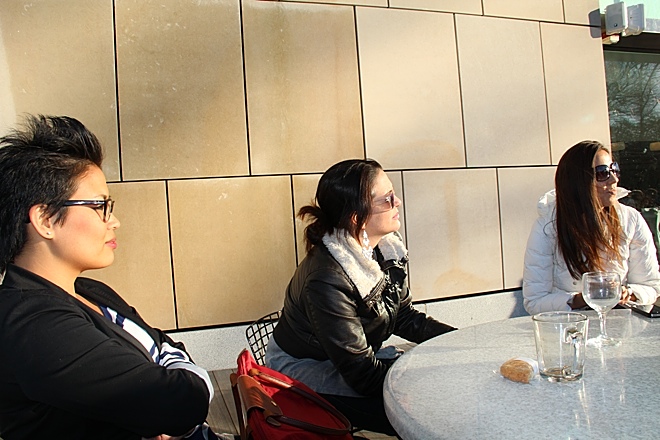 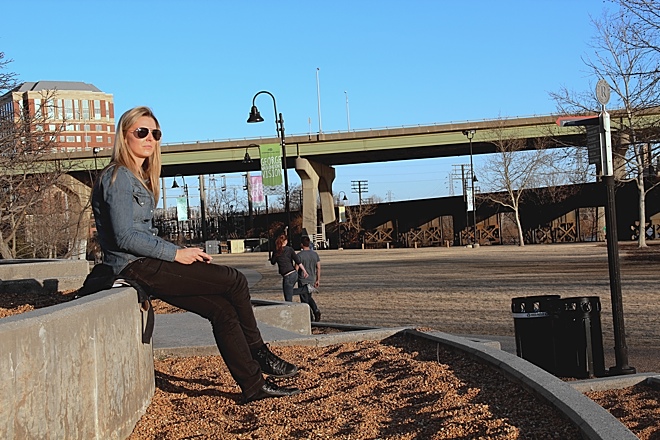 Kickin it in the afternoon sun; Brown’s Island 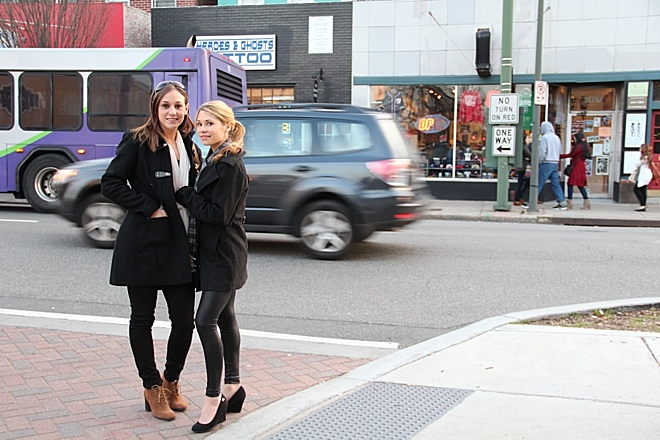 Black is the new black; Carytown 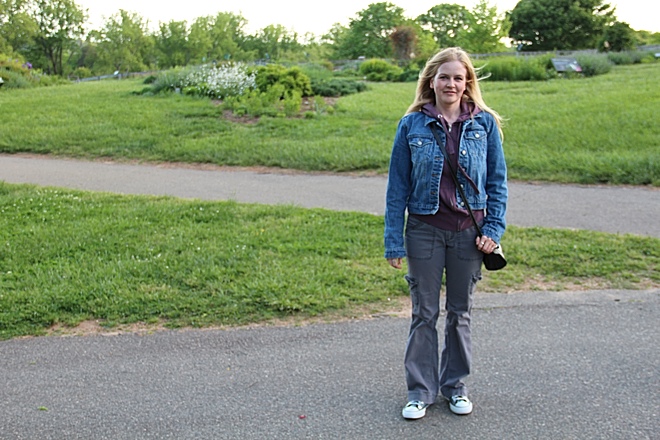 The jean jacket may be our most enduring garment; Maymont 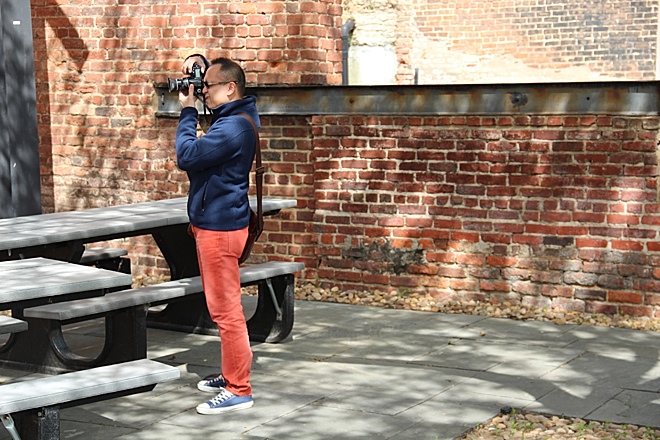 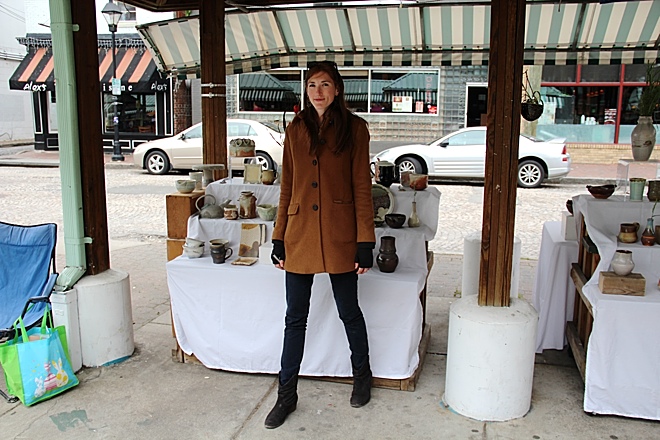 An old soul, Jesse’s artistic dress and her art objects are elegant in their simplicity, utility, color, and composition; 17th Street Farmers’ Market 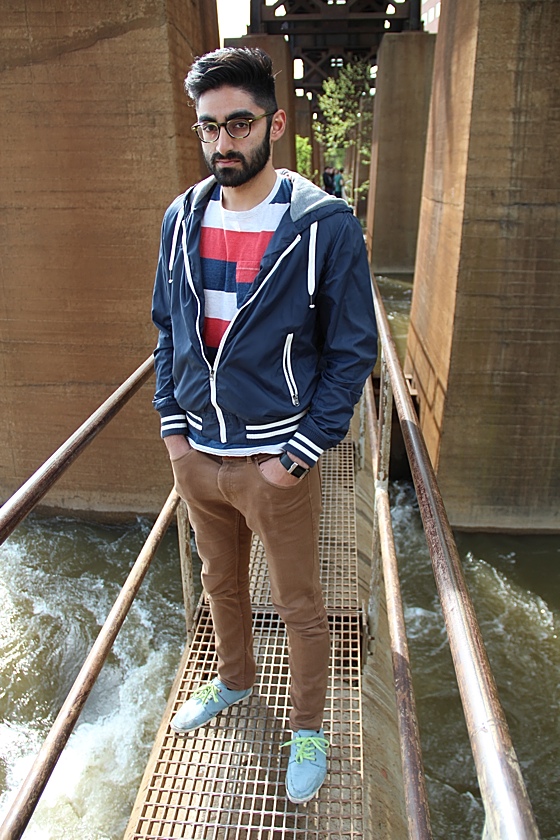 Below, the James River roars with approval; The Pipeline 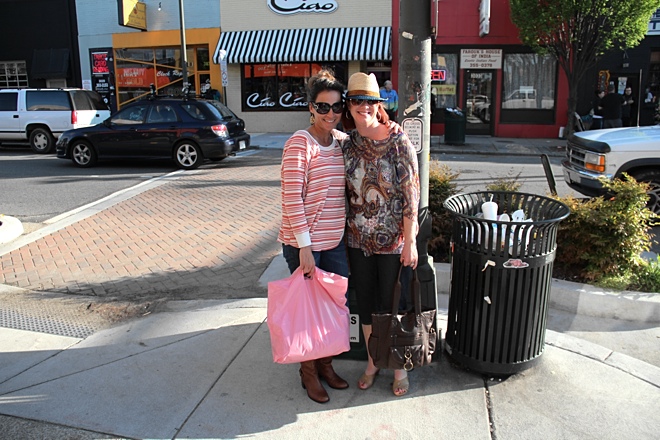 These two friends were having a blast and looking good in a blast of
color; Carytown 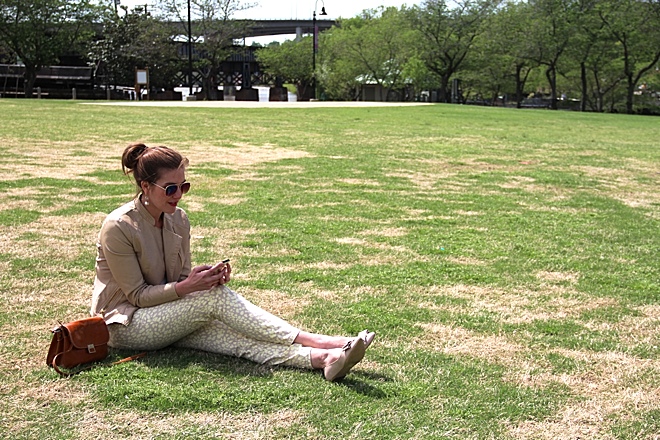 April shines in the April sun on Brown’s Island.