Books that bring you love from all corners of the Earth, across space and time

Four books that are worth reading this Valentine’s Day. 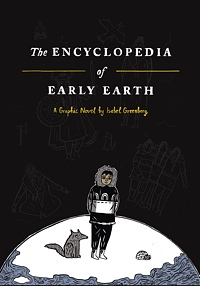 The Encyclopedia of Early Earth

Long before our history is written, a Nord man and South Pole woman meet and fall in love. Though the Earth has different plans for the pair–its magnetic field prevents two bodies from polar opposites from ever touching–they are married. A lifelong storyteller, the Nord man echoes years worth of voices and myths, hoping to fill the void between the couple.

The tales in The Encyclopedia of Early Earth fold into one another like a set of Russian nesting dolls, with storytellers telling stories of storytellers telling stories, delicately building Greenberg’s dreamy world. Though many of the myths come from familiar roots, they are infused with a slight twist of humor and are told in conjunction with new stories, making them feel fresh and modern.

The Encyclopedia of Early Earth is stunning both inside and out, beautifully hardcover bound and oversized. Greenberg’s pages are dominated by black and white drawings, but each story is punctuated with a few chosen colors. Blues and grays make snow pop from pages in the land of the Nord, yellows wash over well-lit fires, and blood red highlights the dangers of war.

Isabel Greenberg’s gorgeous graphic novel is a perfect reminder of both the power of love and sotrytelling. 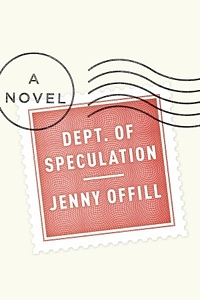 The wife. She is broken, enraged and listless, but not before being filled with the joys of new love and uncertainties of motherhood. She battles a never-ending barrage of bedbugs and baby vomit sneak attacks. She wonders where she lost herself, or if she willingly gave herself away.

At just under 200 pages, Dept. of Speculation can be devoured in a few hours, but begs to be savored over several days. Though Offill’s unnamed narrator can at times feel distant, using humorous anecdotes to keep readers at arm’s length, she also reveals intimate, honest details that are frighteningly relatable. Those in need of a solid plotline in their reading will likely struggle with the structure of Offill’s prose. Yet, the wife’s stream of consciousness is not without purposeful organization.

But now it seems possible that the truth about getting older is that there are fewer and fewer things to make fun of until finally there is nothing you are sure you will never be.

Like the swirl of thoughts that fill our heads as we lie awake at night, the vignettes in Dept. of Speculation run from self-deprecating, to hopeful and nostalgic, to envious in sporadic, but gorgeously penned, sentences. Offil combines witty humor with careful analysis of modern life and marriage in a book well worth recommending. 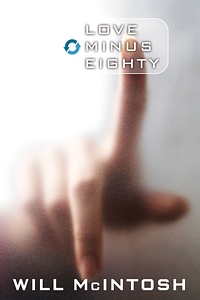 In the not so distant future, Rob is driving home distracted when he accidently hits and kills a jogger. Because of her beauty, rather than being buried, the jogger is cryogenically frozen and placed in a dating center where she will wait for a wealthy man to revive and marry her. Distraught and determined to apologize, Rob works to raise the thousands of dollars necessary for a five minute date, setting off the novel’s chain of events. Love Minus Eighty follows Rob and the people he connects with in an effort to navigate friendship and romance in a vain, technology dominated world.

The world of Love Minus Eighty is just a few clicks away from our own where daily life and emotions are the same, but the technology guiding it is much more advanced and prominent. Yet, everything in his updated world serves a purpose, making it easy to build connections to present day and allow readers new to the genre to feel comfortable.

McIntosh, who lives in Williamsburg and teaches at William and Mary, has filled his novel with themes that are relevant and complex without ever coming across as preachy. Both a commentary on the state of the current dating culture and a quiet warning, Love Minus Eighty is a captivating peek into a possible future. 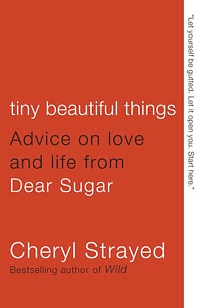 Before her memoir Wild, which has been turned into a film starring Reese Witherspoon, skyrocketed to the top of the bestseller lists, Cheryl Strayed wrote advice columns for The Rumpus under the moniker Sugar. Tiny Beautiful Things pulls together the best of the Dear Sugar columns into a single, invaluable volume.1

Tiny Beautiful Things does it all. Strayed covers topics from frivolous high school love triangles, to dealing with miscarriages, and boyfriends wearing panties. But the magic of the book isn’t just in the varied topics, it’s in the way Strayed infuses her answers with a perfect blend of sense, understanding, vulgarity (those curse words are important), and bits of herself. While she is willing to call people out on the exact things they need to hear, she does it to be helpful instead of turning on the know-it-all tone that can make many advice columns unbearable.

You cannot convince people to love you. This is an absolute rule. No one will ever give you love because you want him or her to give it. Real love moves freely in both directions. Don’t waste your time on anything else.

Woven between her opinions on different situations are stories from Strayed’s past, often heartbreaking but always beautifully written and told with a destination in mind. There is so much more to Tiny Beautiful Things than just advice, there is conversation; this book feels like a good friend.