Ombak returns to the studio

On Monday, Ombak went into the new Songwire Studios in downtown Richmond to record for their next album. Trombonist and leader Bryan Hooten said they recorded six tunes — mostly first and second takes — in about five hours. “We recorded enough music to put out a solid EP,” he said. “It covers most of the new tunes we’ve started playing since the first album.”

The band had planned on recording with saxophonist Tim Berne while he was originally slated to be in Richmond in early February, but a family emergency deterred those plans. A collaboration is definitely on the horizon once again, Bryan said, once they figure out scheduling and funding.

Songwire Studios is operated by Trey Pollard (also guitarist for Ombak) and Ryan Corbitt and is now located in Shockoe Bottom after a very recent move from their smaller space in Manchester. “It’s a beautiful, great-sounding space,” Bryan said, calling the new studio a “great place to do live recording but with enough separation that you can really tweak each instrument’s sound.”

Lucas Fritz was on hand to take some photos of the session. Check out a couple of the photos below, or view the entire album on Flickr. 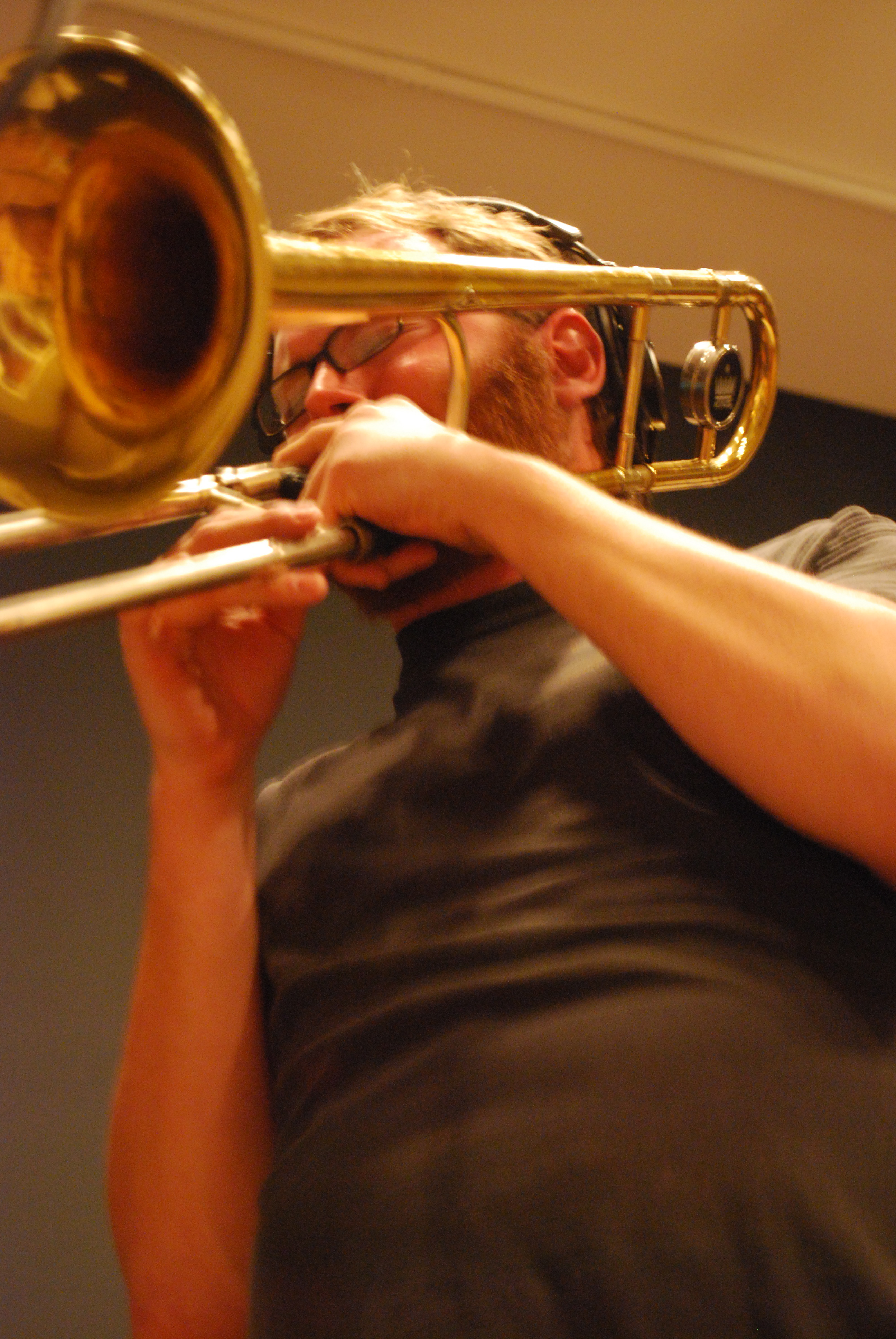 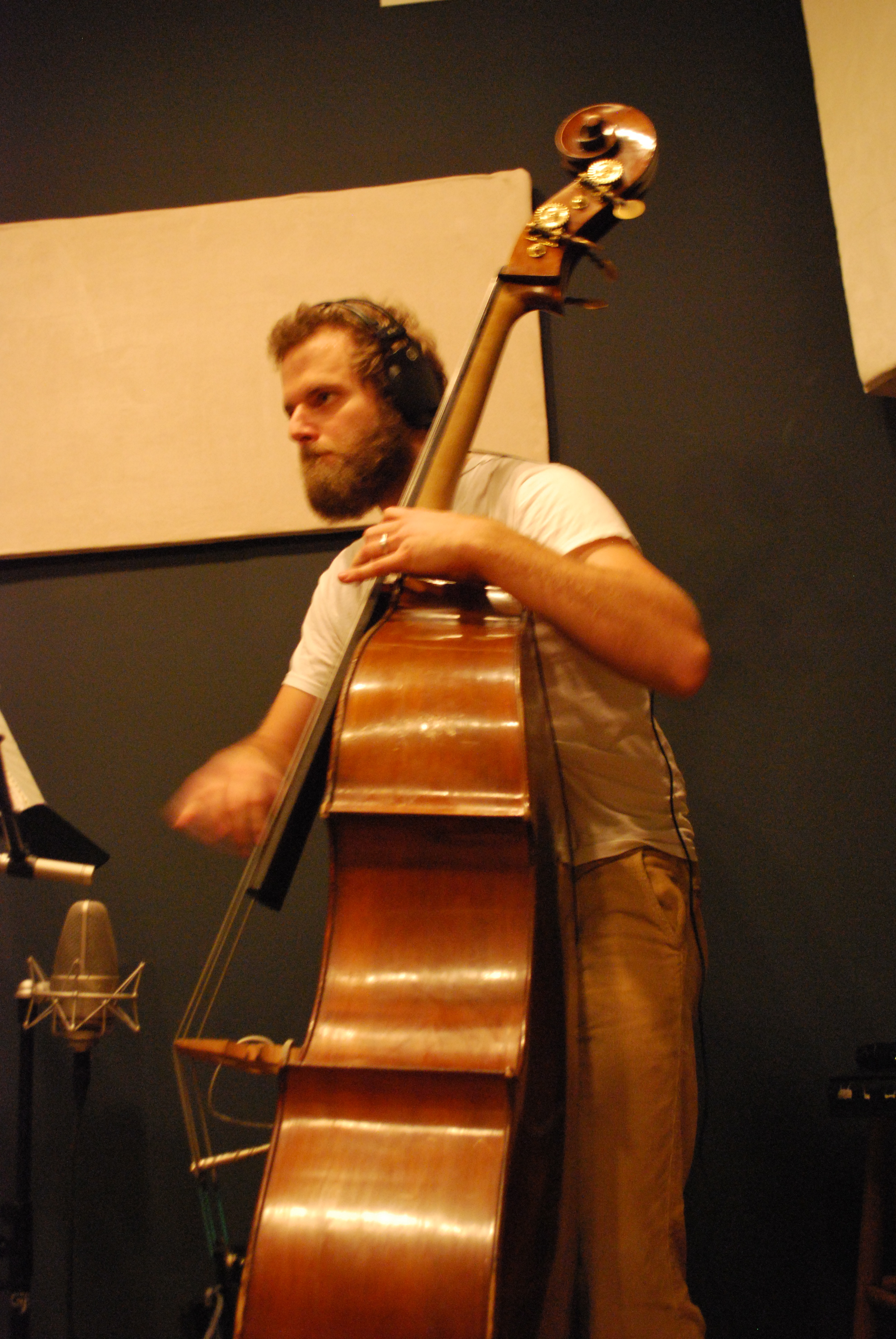 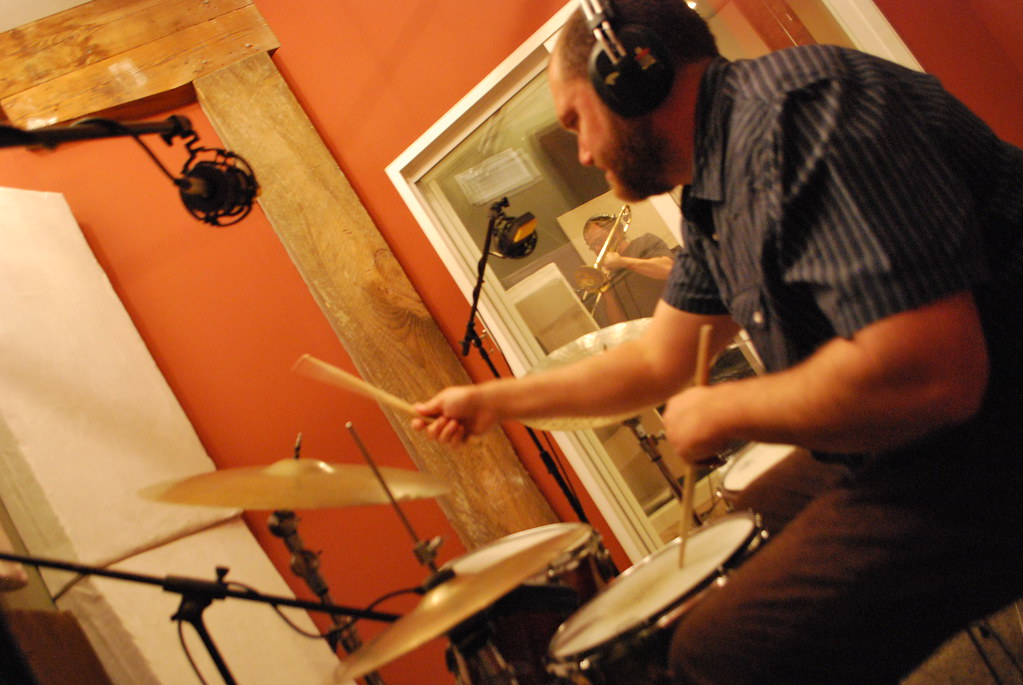 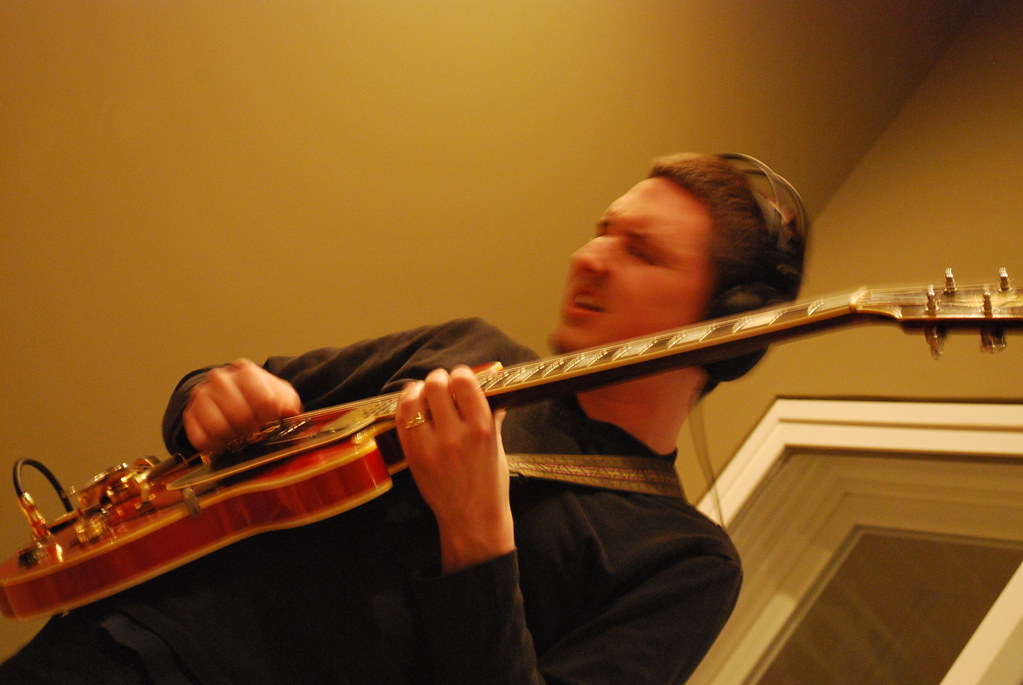 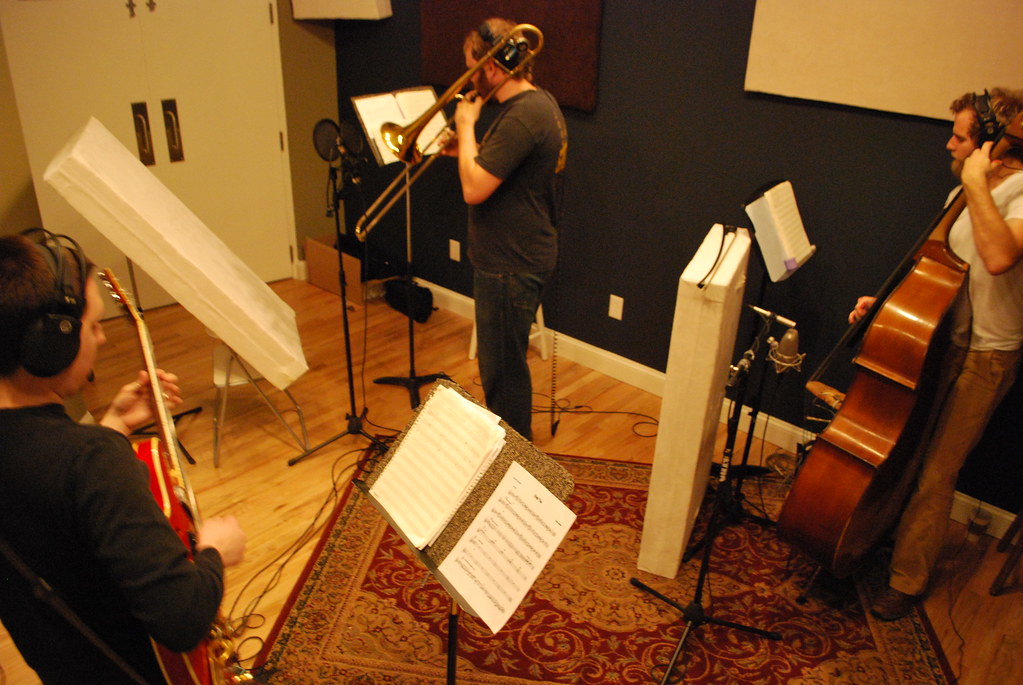 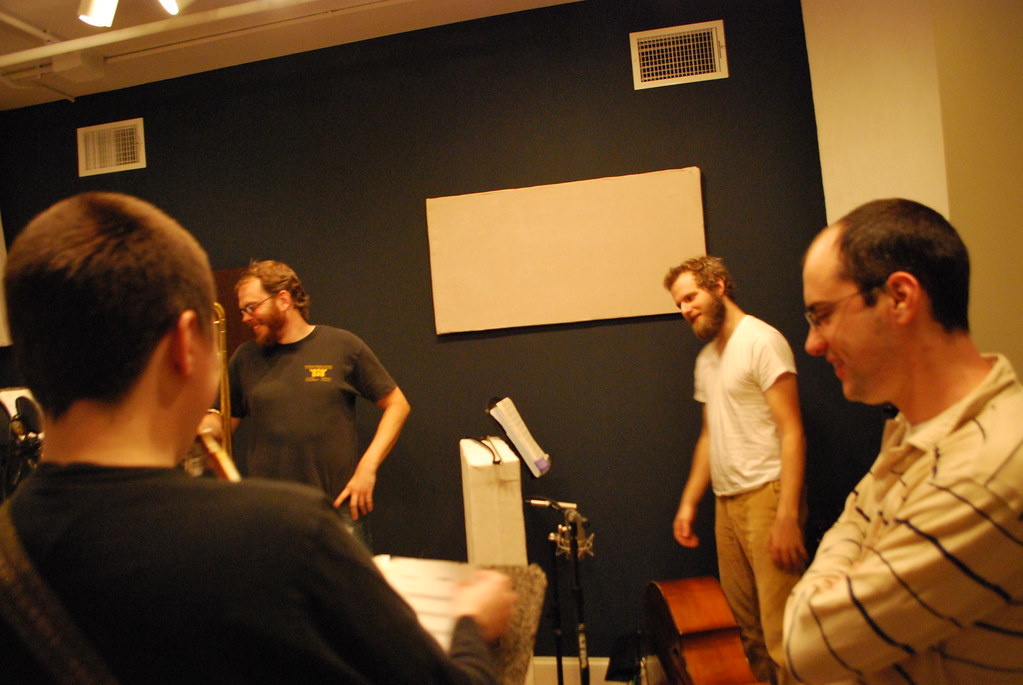 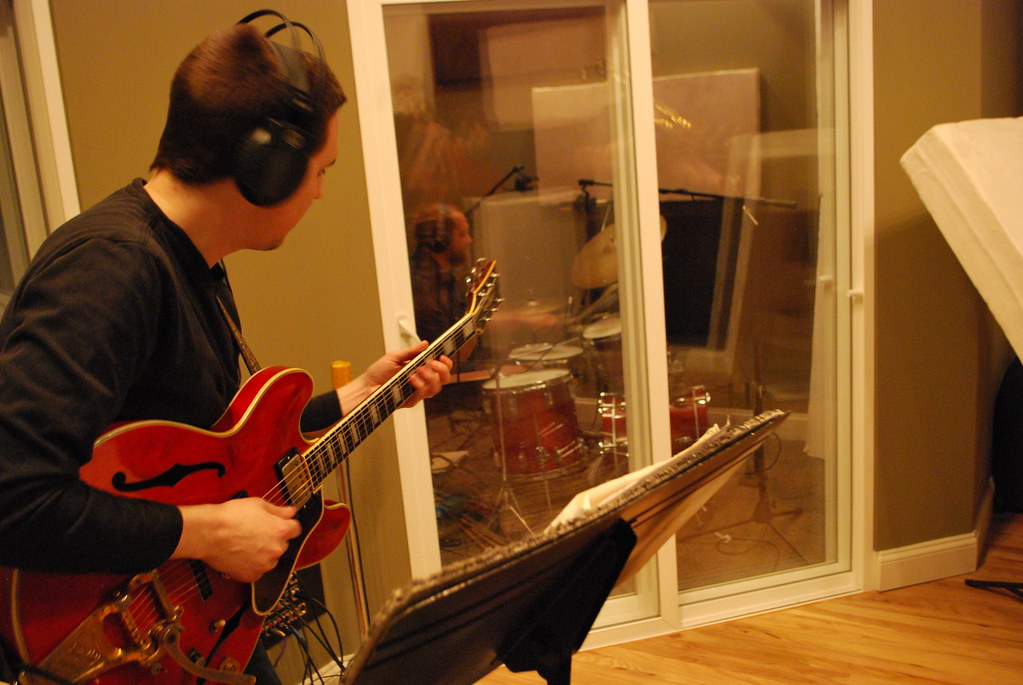 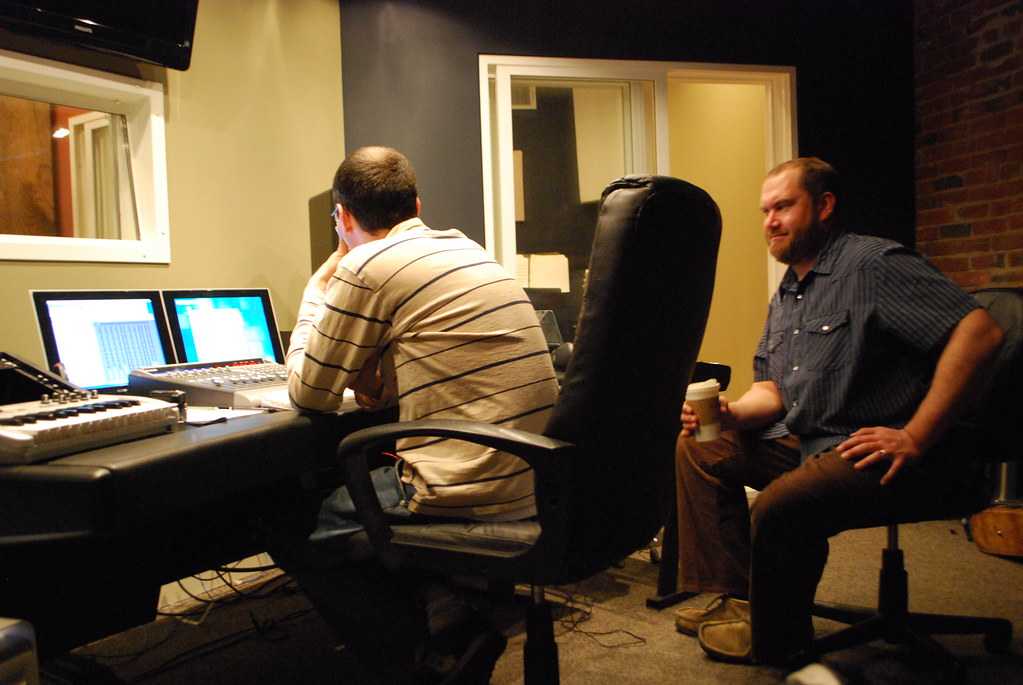 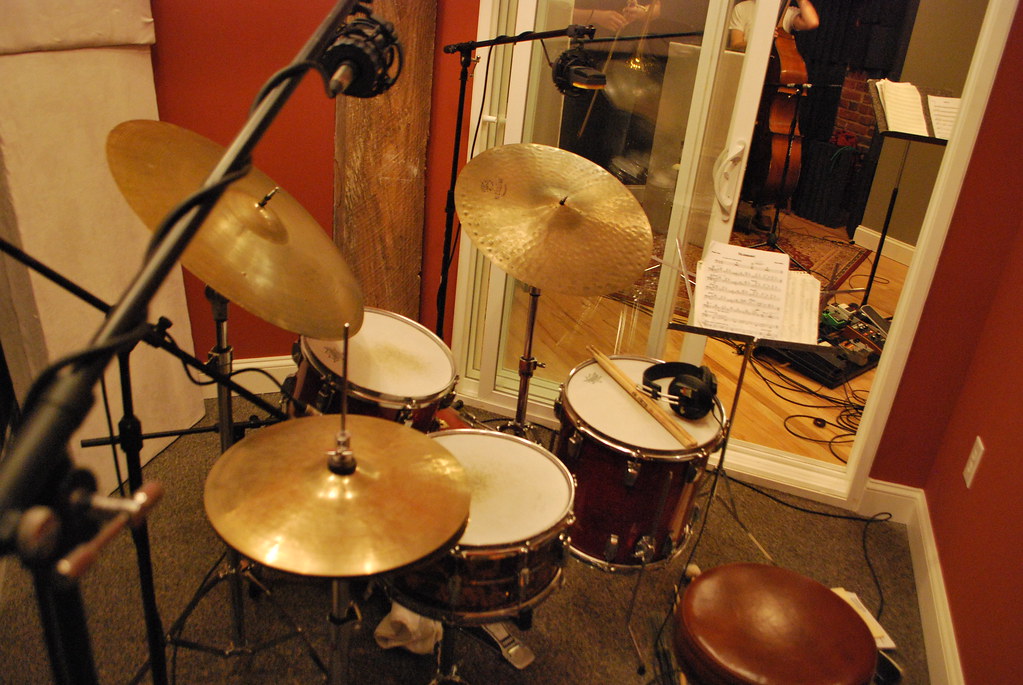 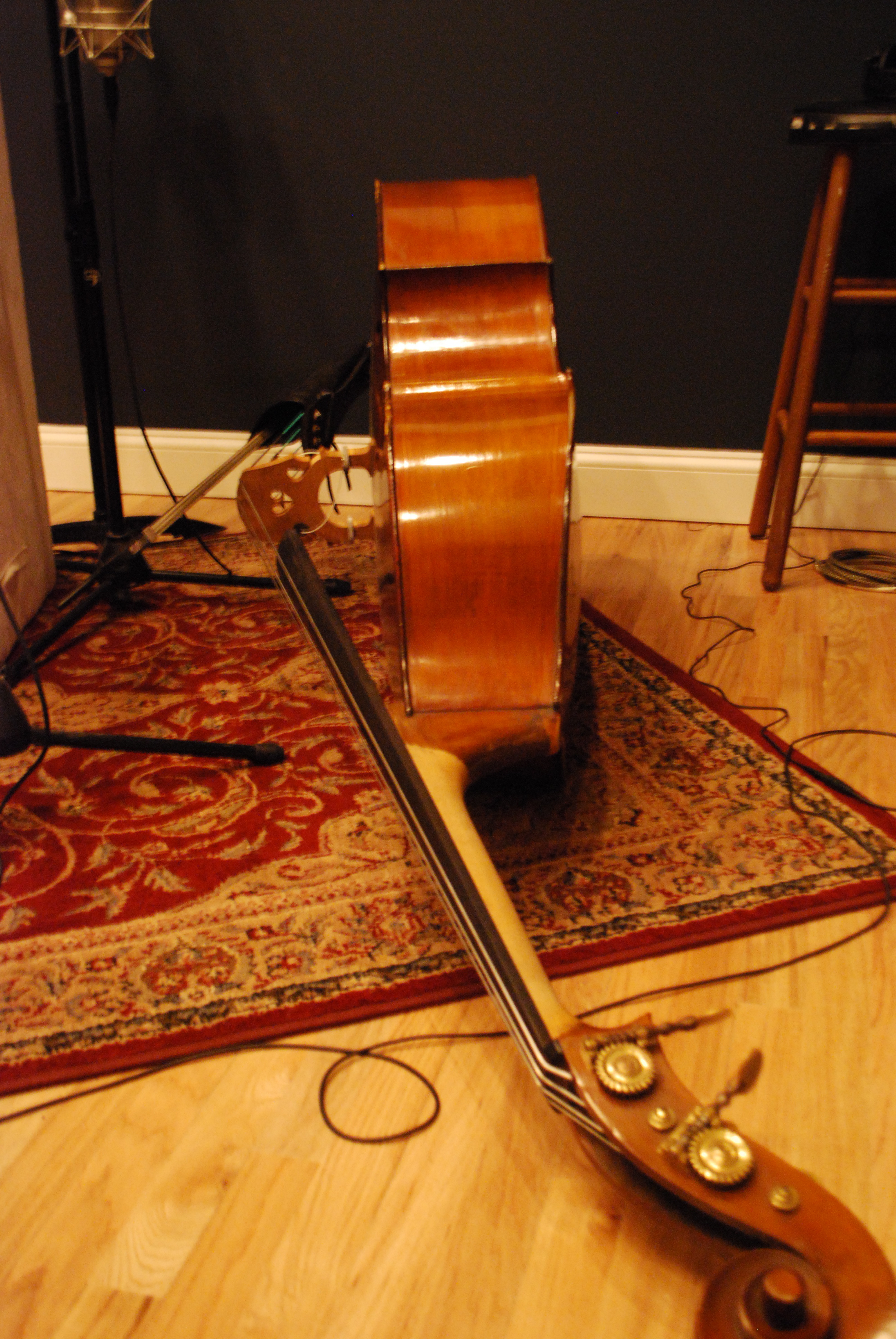 All photos by Lucas Fritz