The will to win, the desire to succeed, the urge to reach your full potential…these are the keys that will unlock the door to personal excellence. Confucius

Now that was the Redskins team everybody has been waiting to see. For the first time this year, Robert Griffin looked like RG3, the offense scored touchdowns, and the defense made important plays that helped to win the game. Was it perfect? No, not by a long shot. The special teams gave up a touchdown, and the defense let the Bears offensive rack up 359 yards of offense and 35 points. If the team you are playing hangs 41 on you, you usually lose the game.

Luckily, the offense got their groove back and scored touchdowns (five) instead of field goals. That was key. If they had been forced to settle for field goals as they were in last week’s loss to the Cowboys, the Skins are 1-5 and talking about what could have been. But with their new-found ability to get into the end zone, they go into a tough match-up against the Broncos at Mile High this week at 2-4 with RG3 and company coming off their best performance of the season.

As a comic, you try something and if it works you go with it and grind it to death. Alexei Sayle 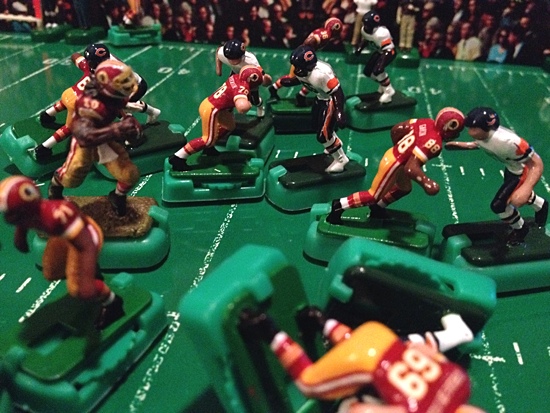 Robert Griffin runs for a 1st down on 2nd-and-6 early in the 1st quarter.

Robert Griffin, Alfred Morris, and Roy Helu Jr. ran for a combined 209 yards against the Bears. Of the three, Griffin’s 86 yards were the most important. His designed runs made the read-option tick as it hasn’t ticked all year–and it’s a thing of beauty when it is run by a fleet-footed Griffin. The read-option only works if the defense has to take the quarterback’s legs into account, and yesterday, the Bears always had to worry. Within a split second, they had to decide weather Mr. 3 was handing the ball off, passing, or taking it for himself. It must be maddening. On top of the ground yards, Griffin completed 18-of-29 passes for 298 yards with two touchdowns and one interception. Each week, he seems more comfortable running the offense and as Griffin goes, so does the rest of the offense. 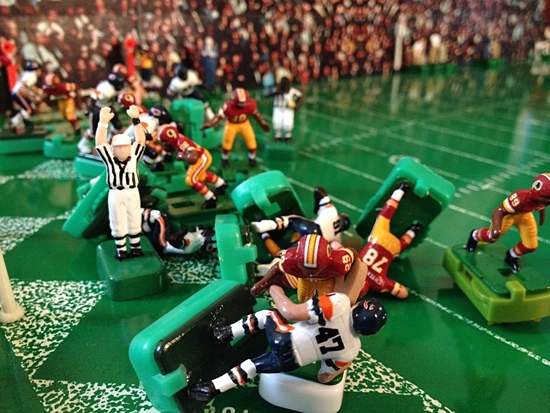 Roy Helu Jr. scores on a 3-yard run to put the Skins up 30-24 late in the 3rd quarter. The running back finished the day with 11 carries for 41 yards and three touchdowns.

The combination of Roy Helu Jr. and Alfred Morris worked well for the Redskins yesterday. The plan was simple enough: Morris’ set ‘em up for Helu to knock ‘em down. And that he did, having his best day of his young career capitalizing on Morris’s always-falling-forward power running (19 carries for a team-high 95 yards) with three downtown runs once the team got inside the red zone. Having Helu as an active participant in the offense adds a new layer to the onion defenses have to peel when they play the Redskins, and one that has the potential to make them cry. 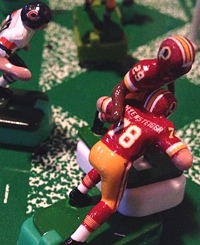 Another tear maker after yesterday’s game is 3rd round draft pick Jordon Reed. Kyle Shanahan’s offensive game plan was contingent on a successful performance by Reed, and he delivered. The tight end was targeted nine times and he caught the ball nine times for 134 yards (the highest total for a Redskins rookie tight end) and a touchdown. Time and time again he got the best of the Bears’ safeties off the line. If he continues to play this well and can manage to stay healthy, starting tight end Fred Davis (on the inactive list for yesterday’s game) will be seeing the field less and less. 6th round draft pick Alvin Robinson was another important rookie in yesterday’s win. One of his two catches (75 yards) for the day was a 45-yard bomb from Griffin early in the 4th quarter. He dropped a similar pass in the Redskins’ Week 3 loss to the Lions, but he didn’t bobble this one.

The most important drive of the season was the 12-play, 80-yarder the Skins put together to win the game with 3:57 remaining. The Bears had the lead 41-38, and they had to score. With the fate of the season on the line, they did what good teams do: they won the game. They matriculated the ball down the field (converting on three third downs) and got the touchdown on Helu’s 3-yard scoring run to take the lead 44-41 with less than a minute in the game. 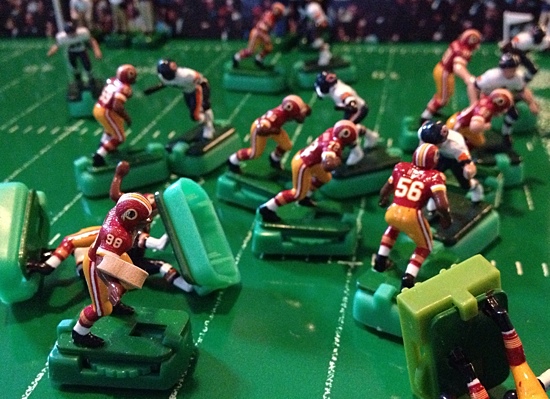 As I said earlier, when the other team scores 41 points, you usually lose the game. The defense continues to be porous, missing tackles and giving up large chunks of yards. Despite this, they did some good things. Brain Orakpo had his best game of the season recording four tackles, a sack, and the first pick-six of his career. D’Angelo Hall shut down Brandon Marshall keeping him to 75 yards on six catches. For the day, they gave up 359 of total offense to the Bears, but still managed to make enough plays to keep Chicago from winning the game. 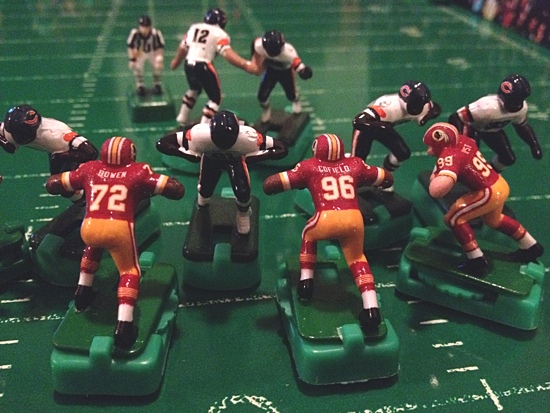 With Jay Cutler knocked out of the game, backup quarterback Josh McCown went 14-20 for 204 yards and a touchdown finishing the game with a 119.6 quarterback rating. Running back Matt Forte torched the Skins for 91 yards on 16 carries and three.

After starting quarterback Jay Cutler left the game early with a groin injury in the second quarter, former Detroit Lions, Oakland Raiders, Miami Dolphins, Carolina Panthers, and San Francisco 49ers quarterback Josh McCown came in and almost rallied the team to victory. He never played as well as he did yesterday at any of his previous stops in the NFL, and chances are, he probably never will again. Everyone looks better when they play the Redskins, but McCown played especially well. I worry that going into Denver this week, Peyton Manning might become the first player to throw for a 1,000 yards in a game. I mean, if they can make McCown look this good, imagine what Manning could do to them.

It won’t be pretty. 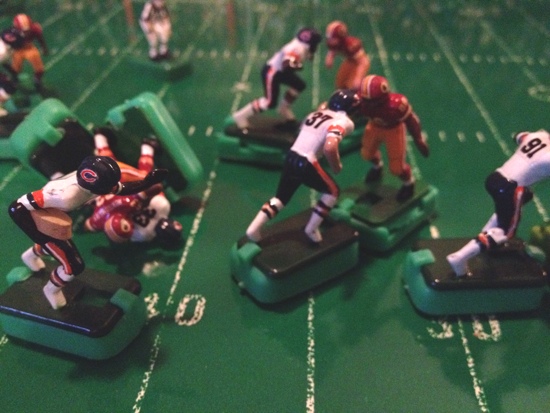 Devin Hester tied Deion Sanders’s NFL record for return touchdowns (19) on an 81-yard punt return for a score in the 2nd quarter.

For the second week in a row, the special teams gave up a touchdown. Of all the Skins’ troubles, this is the one that could be the most troublesome. It doesn’t matter how well your your offense or defense are playing if your special teams are giving up field position and points. If a penalty didn’t nullify the Chicago Bears’ successful onside kick, the Redskins might have lost their second game in a row because of their special teams. This shouldn’t be the glaring issue that it has become.

Winning isn’t everything, it’s the only thing. Vince Lombardi

At 2-4, the Redskins got a much-needed victory. With this week’s game at Denver, nobody expects the Redskins to win despite the Broncos coming off their first loss of the season to the Colts. All I I know is that the Redskins better keep scoring points because they are going to need all they can get going against Manning at Mile High. Is it possible that the Skins could pull off the upset? Sure, but it’s not likely unless they make the Broncos play their worst game of the season and they play their best.

I for one hope that happens.