The Washington Redskins and Tennessee Titans popped their respective cherries on the 2013 NFL season. Last night, the Washington Redskins and Tennessee Titans popped their respective cherries on the 2013 NFL season. Meaningless in the standings, the game is an important first step in determining who makes the roster and who doesn’t on opening day. Lives are at stake. One play can seal your fate.

Let your soul stand cool and composed before a million universes.Walt Whitman 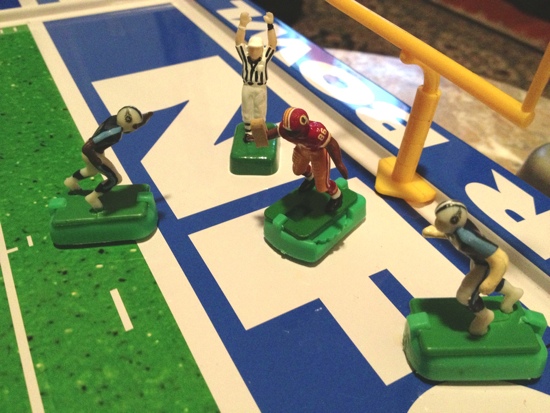 Kirk Cousins runs the first team offensive with poise. If you didn’t know anything about Mr. 3, you’d think he was the starter. Cousins, who keeps making Shanahan look like a genius for drafting him, went 6-of-7 for 52 yards and a touchdown to Fred Davis in his two series. As long as the Redskins can have the Holland, MI native on their roster, resorting to Plan B at quarterback won’t necessarily mean that all is lost. I have a feeling he won’t be around that long though. He’s too good to be sitting on the bench. With the desperate parity at the position around the league, somebody is going to make the Skins an offer they can’t refuse. Barring another catastrophic injury to Griffin, I’ll be surprised if he’s a Redskin this time next year.

Making his life easy was second-year running back Roy Helu. He carried the ball 13 times for 57 yards for an 4.4 per yard average. As with Cousins, Helu is backup to firmly entrenched starter Alfred Morris, but unlike Cousins, he will have ample time to prove himself on the field once the season starts. If he can stay healthy, his quickness will compliment Morris’ always-falling-forward, battering ram. 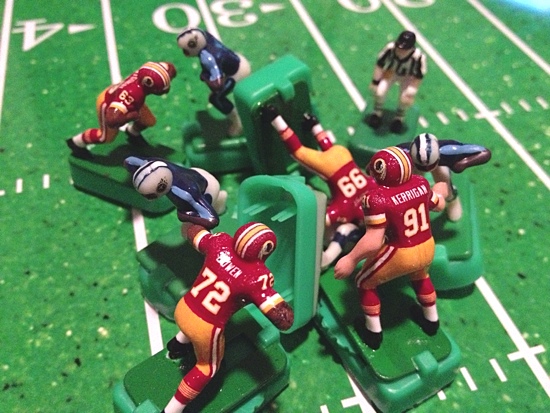 The Titans first drive went like this: a first down, 2-yard run by Chris Johnson, a near interception by David Amerson on second, a collapsing pocket that lead to a Ryan Kerrigan sack on third, punt. The first team defensive manhandled the Titans first team offense. It wasn’t even close. It was a thing of beauty.

Beauty is worse than wine, it intoxicates both the holder and beholder. Aldous Huxley

And then, they got manhandled. 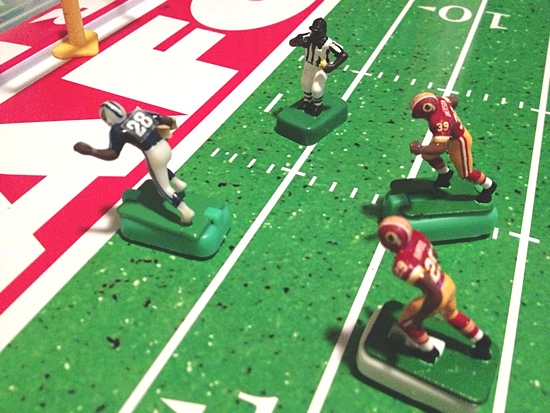 On the first offensive play after the Fred Davis touchdown, Chris Johnson’s cutback, 58-yard touchdown was painful to watch. Johnson made Bacarri Rambo look silly with an open field juke on his way to the end zone largely untouched. The Redskins got the ball back and gave it back as soon as they could. Grossman replaced Cousins after a first down, three-yard loss by Helu.

I can’t help it. I hate Rex Grossman. 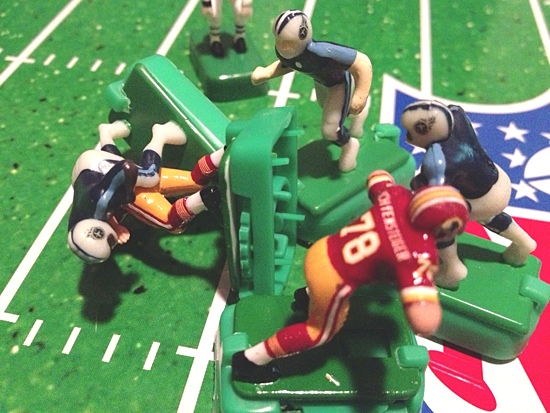 The next two plays, he threw his typically putrid, ripe for interception ball in the relative vicinity of Leonard Hankerson before tossing another panicked, career-defining abomination as he was being crushed. Watching him play, you realize why the otherwise congenial Dennis Green lost his mind in 2006 when his Cardinals lost to the Grossman polluted Bears on national TV. He has to live with the fact that, despite playing a team whose quarterback went 14 of 37 for 144 yards, fumbled twice, and threw 4 interceptions, he let them off the hook.

I’m sure Green is still haunted by losing to Grossman. Put it this way. The man hasn’t coached since.

But what really drives you crazy about Rex Grossman is what happened next.

The contradictions are what make human behavior so maddening and yet so fascinating, all at the same time. Joan D. Vinge 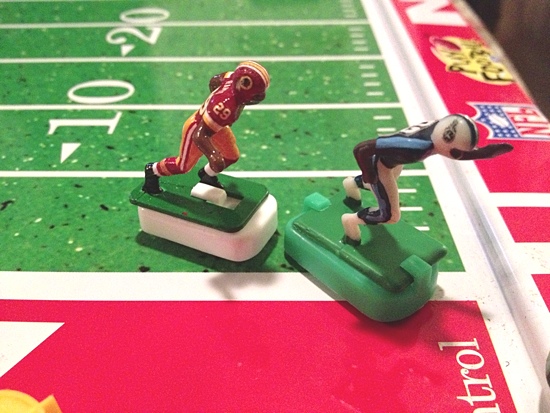 After Brian Orakpo gets his first sack since Week 2 of the 2012 season, the defensive gives up an ugly 9-play, 61-yard drive culminating with a carefree, 19-yard touchdown scamper by Shonn Greene. 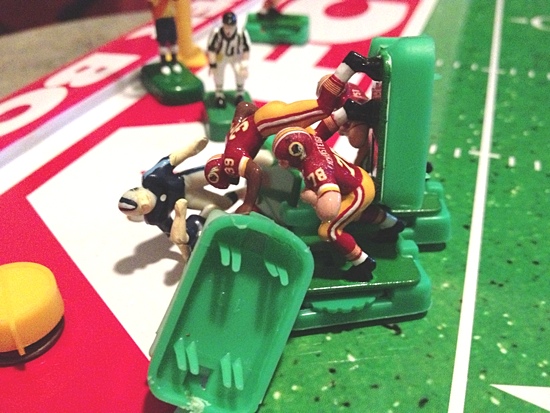 Expecting failure as I see Grossman trot out onto the field, he then leads the team methodically down the field for a touchdown. The 12-play, 84-yard drive ends with Grossman’s 8-yard dump off to Leonard Hankerson who leaps over a couple of players to score with 26 seconds left on the clock.

Damn you, Rex Grossman. I want Pat White (who ran for a touchdown and threw the game-winning 2-point conversation to Emmanuel Ogbuehi late in the 4th quarter that sealed the 22-21 victory) to be the team’s third quarterback, not you. With that drive, you are all but guaranteed to be our number three.

The way a team plays as a whole determines its success. You may have the greatest bunch of individual stars in the world, but if they don’t play together, the club won’t be worth a dime. Babe Ruth

The Redskins sat eight starters. Here’s how some of the new guys fared.

Rookies Bacarri Rambo, the sixth-rounder out of Georgia, didn’t make any coverage errors, but he took the wrong angle that allowed Shonn Greene’s seemingly effortless touchdown run. Add to that, his silly shove in the back after the play that resulted a 15-a yard penalty and you have the recipe for what will put a control freak like Shanahan in an early grave. Still, the potential is great and hopefully he’ll mature over the next three games. David Amerson played better nearly getting an interception and recording three tackles. The other rookie in the defensive secondary, Phillip Thomas, left the game with a foot injury after a Greene run.

Also on the injury list: receiver Donte’ Stallworth tweaked his left hamstring and did not return. Linebacker Jeremy Kimbrough hurt his right shoulder with less than two minutes to go in the game.

Rookie linebacker Brandon Jenkins had success against Tennessee’s first team offensive. Complimenting Ryan Kerrigan with size and speed, the two could cause havoc for opposing offensives with a now healthy, and let’s hope it stays that way, Brian Orakpo demanding attention on the other side.

Left tackle Tom Compton and guards Josh LeRibeus and Adam Gettis all saw action. Each had moments of promise and moments of inadequacy.

The team had a total of 11 penalties. It’s the first game of the season, but it’s a trend that could cripple them needlessly if it were to carry over into the regular season.

So now, the team comes back to Richmond with a preseason victory under their belts for their final week of training camp here in the city. Shanahan and staff will look at film, evaluate talent, and consider their options as the players gruel it out to prove their worth before their next game at home against the Pittsburg Steelers.

All I know is that it is going to be fun to watch.