Flying Squirrels off to a soggy start

The Richmond Flying Squirrels 2013 season opened Thursday night (sort of) at the Diamond against the New Britain Rock Cats. It was cold and rainy, but still kind of awesome. The Richmond Flying Squirrels 2013 season opened Thursday night (sort of) at the Diamond against the New Britain Rock Cats. It was cold and rainy, but still kind of awesome.

With both teams scoreless in the bottom of the fourth inning, the game had to be suspended due to persistent rain. The action will resume at 6:05 PM on Friday night, followed by a seven-inning game constituting the second part of the four-game series. Unfortunately, Friday’s weather looks like it might be a lot like Thursday’s…

The Squirrels will be playing at home through Wednesday, with a series against the Bowie Baysox kicking off on Monday. Have you looked at the weather for next week? Holy moly!

Heads up, though: Bowie’s hot pitching prospect Dylan Bundy is starting the year off on the DL and won’t be making an appearance in Richmond just yet. 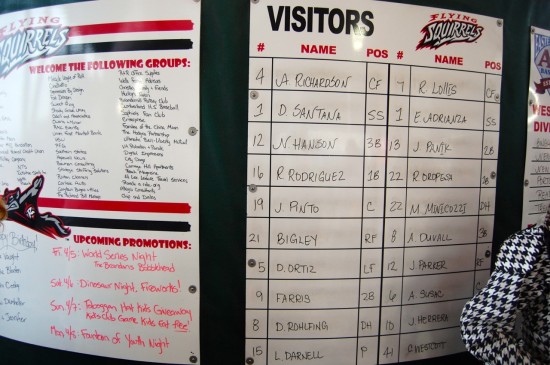 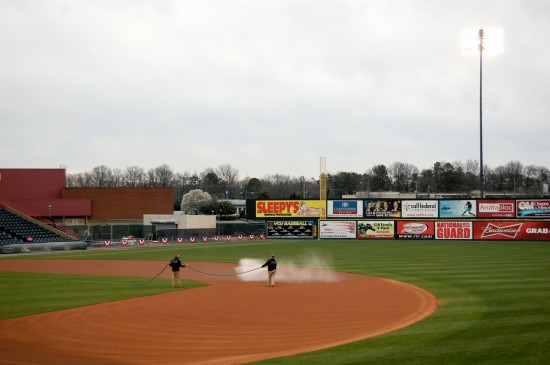 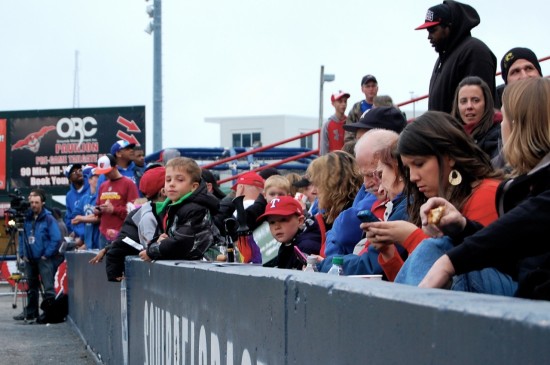 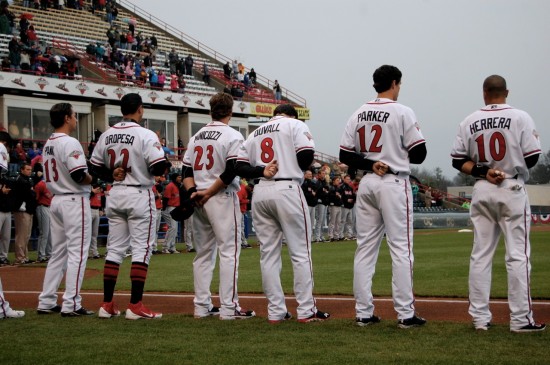 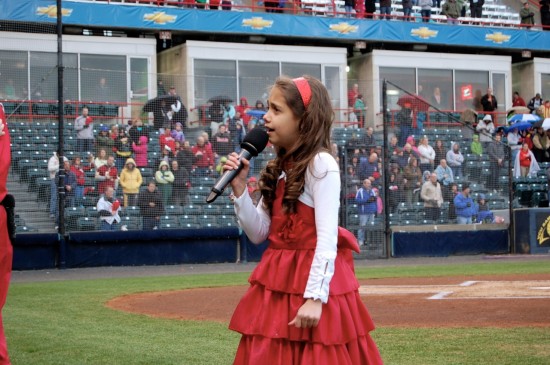 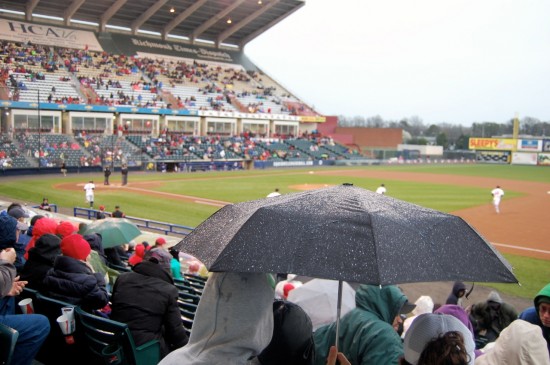 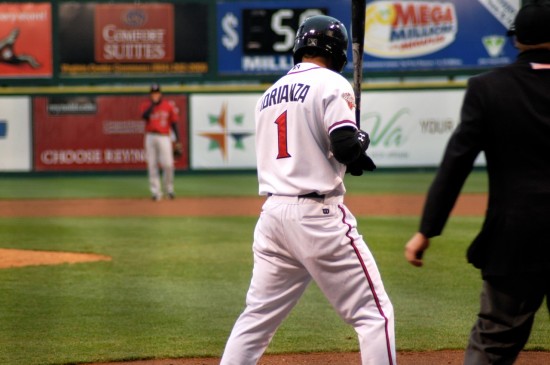 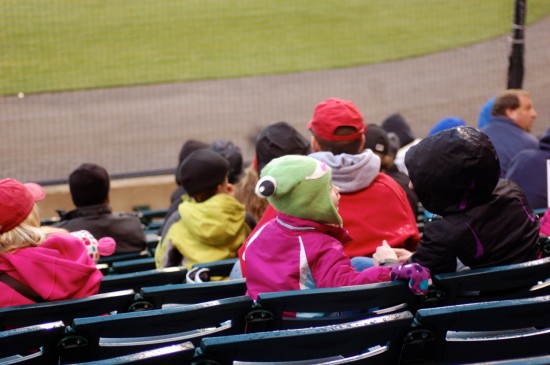 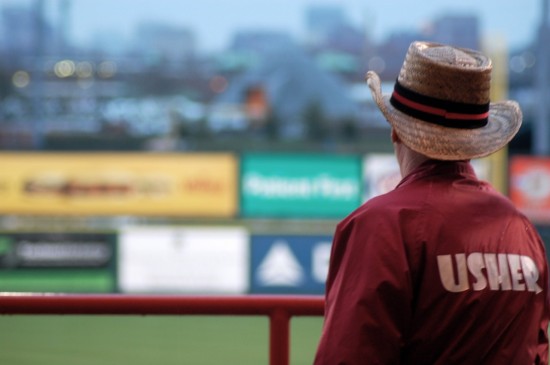 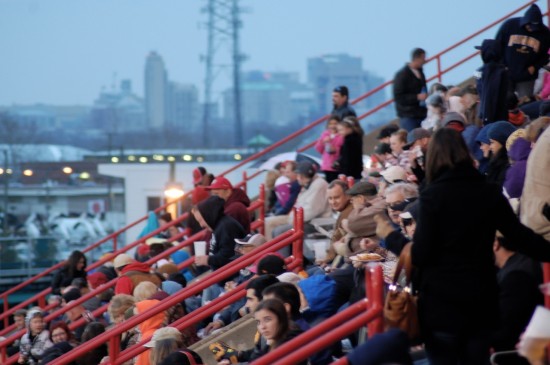 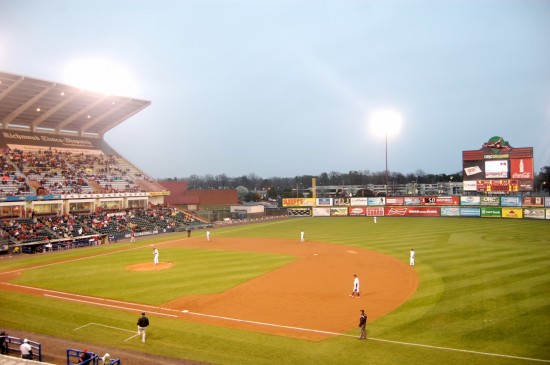 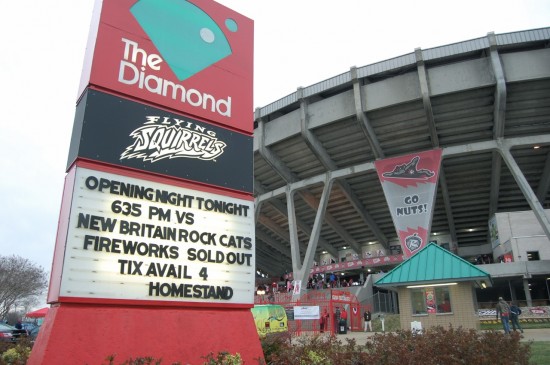 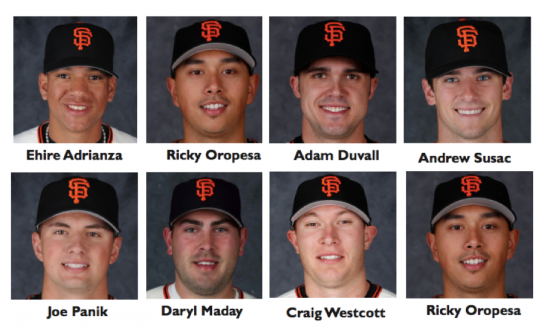 Headlining the group of newcomers and prospects is 2B Joe Panik, who is rated as the #2 prospect in the Giants’ organization. The Giants first round selection in the 2011 draft, Panik will make his Double-A debut in his third professional season. He will be joined in an all-prospect infield by Adrianza (#24 – BA), 1B Ricky Oropesa (#27 – BA) and 3B Adam Duvall (#11 – BA). Andrew Susac, the Flying Squirrels’ primary catcher, also rates as the #13 prospect in the system and will also appear at the Double-A level for the first time.

Joining the Flying Squirrels, while returning to his native state of Virginia, is OF Jarrett Parker. Parker, who was selected out of the University of Virginia in the 2nd round of the 2010 draft, will ascend to the Double-A level for the first time after two seasons with San Jose (A+).

The 2013 Flying Squirrels will be led by veteran manager Dave Machemer, who returns to the RVA for a third season. “Mac” returns nearly his entire staff from 2012, as Pitching Coach Ross Grimsley (4th Season), Hitting Coach Ken Joyce (3rd Season), and Athletic Trainer L.J. Petra (2nd Season) also return. The only new member of the Richmond field staff will be Strength & Conditioning Coach Brad Lawson, who takes over for Jim Bose.