The whole Redskins naming controversy is a big fuss over nothing, an example of how the misguided actions of a few can rain on the parade of many. The perfect metaphor for the fake Redskins name controversy happened at the Toots and the Maytals concert last Saturday on Brown’s Island during Dominion River Rock. As thousands of people were enjoying the group’s performance, one lone asshole ruined the collective good time by hurling a bottle at the stage. The projectile landed on singer Toots Hibbert’s cranium causing an otherwise joyous musical event to end suddenly on the sourest of notes.

And that’s what this whole fuss about nothing is all about: how the misguided actions of a few can rain on the parade of many.

To those of you that haven’t been following this shallowest-end-of-the-pool news story, there has been feigned indignation in some quarters over the name of the Washington Redskins. To this tiniest handful, the name is a racial slur. While this contention has mostly no basis in fact, these self-appointed guardians of public decency still insist on making the argument that it does. And those of us that have no problem with the name of the privately owned professional football franchise are somehow ignorant to the unspeakable harm just saying the name “Redskins” causes. While I do find it funny whenever someone wants to label me a callous boob for pointing out the epic absurdity of their factually challenged assumptions, the argument speaks to a larger, more sinister truth that our world is increasingly becoming a sounding board for irrational chicken littles.

First, let’s hear what an actual “Redskin” thinks about the name.

Claiming “scalps” automatically means “red skins” is revisionist history, to be blunt. It was the Native Americans who first used the term “red” in order to differentiate between indigenous, white, and black people. When not referring to their individual and other tribes collectively, why would they use Indian, Native, or other adjectives to describe their obvious skin differences back then? Ives Goddard is a senior linguist at the Smithsonian Institution’s National Museum of History. Goddard wrote the book, I am a Redskin: The Adoption of a Native American Expression (1769-1826) and notes the earliest uses of “red skin” were in recorded statements from Natives by the French who generally traded amicably with them. The French were careful to denote the “red” distinction was made by Natives themselves.

By the time of the Phips Proclamation, according to Goddard, “red” to describe Natives was used “by both French and English…Although Europeans sometimes used such expressions among themselves, however, they remained aware of the fact that this was originally and particularly a Native American usage.” Also citing Goddard in the recent article, “Before The Redskins Were The Redskins: The Use Of Native American Team Names In The Formative Era of American Sports, 1857-1944,” Professor of Law and historian J. Gordon Hylton writes about the term, “…throughout the nineteenth century, the term was essentially neutral when used by whites, reflecting neither a particularly positive or particularly negative connotation.” Even Sitting Bull once remarked, “I am a red man. If the Great Spirit had desired me to be a white man he would have made me so in the first place.” Adrian Jawort, member of of the Northern Cheyenne Tribe

As we all know, our country was founded on the wholesale slaughter of these indigenous Americans. This undeniable fact–that our pale faced forefathers committed genocide against the red man–is the basis of the argument that the name is racist. While there’s no disputing this inconvenient truth of our nation’s bloody history, there’s no way to go back in time and right the wrongs of the past. More importantly, no one alive today participated in the slow evisceration of Native American culture. That’s the beauty of life: every 100 years or so, the planet is inhabited by all new people. And to hold present day Americans accountable for the actions of their 18th century ancestors is not only patently absurd, it is a diluted, revisionist attempt to whitewash our nation’s dirty laundry by somehow believing that now, nearly two centuries after the slaughter, we can help to make amends for this genocide by making a football team change their name.

Ted Nugent, the aging rocker that I rarely agree with, puts this displaced moral outrage in it’s proper perspective in his excellent article on the subject A Tomahawk Chop To Political Correctness:

If we want to focus on the plight of Native Americans, call me crazy horse, but maybe we should start by addressing issues that truly matter most and would actually save Indian’s lives.

The great white buffalo then goes on to state that the high school dropout rates, the rampant unemployment, alcoholism, and suicide rates that plague the modern day Native American community are the real issues that need to be addressed and not the names of sports franchises.

There are wafting smoke signals of real distress coming from the American Indian community that are being ignored. These are the life and death issues that actually matter, not pushing a brain-dead agenda to get sports teams to change their names. Political correctness doesn’t fix anything. The cult of denial that is political correctness masks what matters most, which is why I refer to it as a social cancer that should be eradicated.

Despite this, the fringe continues to disregard these real life issues and continues to pester the team to change their name even though the majority of the Americans have no problem with it. In a recent Associated Press-GfK poll, four in five Americans don’t think the team should change its name. Only 11 percent think it should be changed, while eight percent weren’t sure, and two percent didn’t answer. And as far as Native Americans are concerned, a poll conducted in 2004 by the Annenberg Public Policy Center (PDF) showed that they had even less of a problem with the name with 90% indicating it didn’t bother them in the slightest. So if we live in a true representative democracy, the majority has spoken. Case closed, right?

In March, Del. Eni Faleomavaega (D-American Samoa) authored the Non-Disparagement of American Indians in Trademark Registrations Act of 2013, which would cancel all existing federal trademarks using “Redskins” to refer to Native Americans and prohibit future trademarks as well. Del. Eleanor Holmes Norton (D-D.C.), a longtime critic of the team’s name, is an original co-sponsor, along with Reps. Raúl Grijalva (D-Ariz.) and Karen Bass (D-Calif.). Given the amount of real life problems facing our nation, shouldn’t our elected officials be spending their time working on solutions to our public ills and not badgering a private business to change their name to something more to their liking?

“It’s not up to the offending class to say what offends the offended” says American Indian advocate Susan Shown Harjo. Really? Seems to me, the country that we live in is based in part on the right to offend. And considering that only a tiny fraction of the culture considers the name to be an inflammatory term, there’s simply no basis in fact for her contention that somehow a whole class of people is being degraded because of a football team’s name. Just because someone claims something is offensive doesn’t mean that it actually is.

Like the bottle thrown at Toots Hibbert, these preposterous claims of racism are hurled at a beloved, privately owned sports franchise that brings joy to millions. Thankfully though, unlike that unfortunate incident on Brown’s Island, the despicable actions of this legislative minority will not stop the party.

Hail To The Redskins. 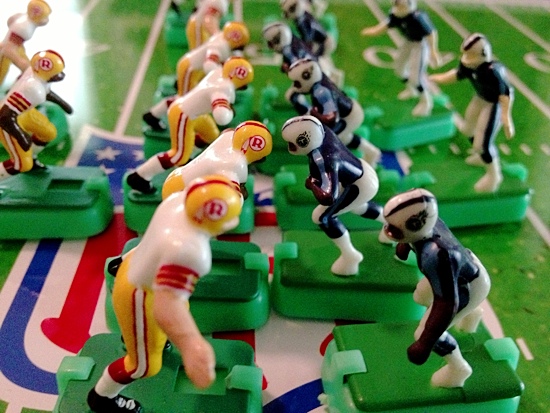 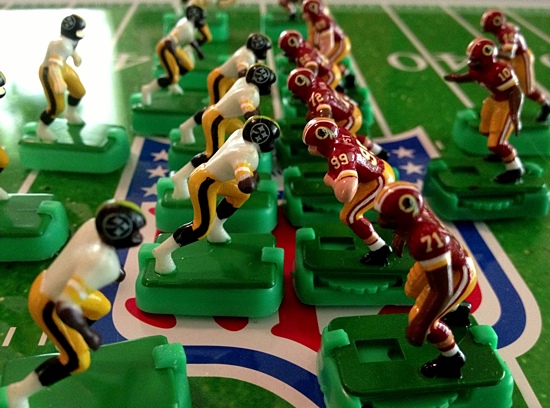 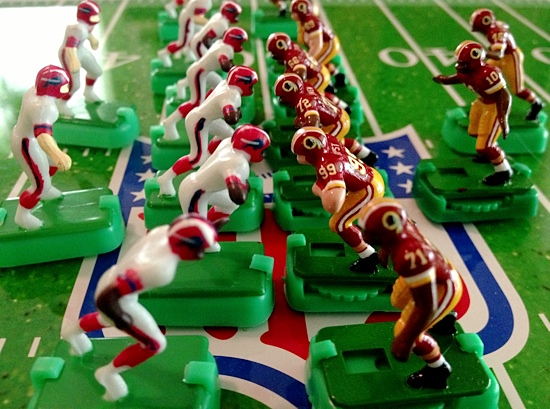