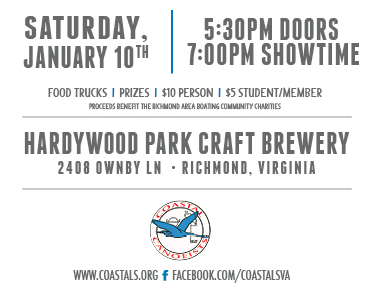 The beers you’re familiar with and the newest release is Hardywood Raspberry Stout.

The films unless you’re waist deep in paddle culture aren’t movies you’ve likely to have seen. The movies this year are produced by AMONGSTiT INC. and only available through their online distribution channel, AMONGSTiT.TV.

Grandfather – About rivers that drain off the iconic Grandfather Mountain including the Watauga, Wilson, Elk, and Linville Rivers.

4 Minutes – Documents the progression of speed at the Green Race.

Trailer – 4 Minutes Progression of the Green Race from Amongst It on Vimeo.