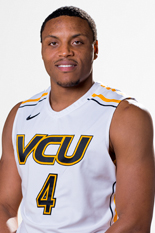 The news of the departure of Justin Tuoyo was almost entirely eclipsed by the addition of Terrance Shannon, a fifth year senior transfer from Florida State. After battling with multiple injuries throughout his career including an awful neck injury, Shannon earned a fifth season of eligibility and he will be able to play during the 2013-14 season because of graduate transfers rules. Shannon graduated this spring from FSU with a degree in interdisciplinary social sciences.

CBS’s Jeff Goodman and others believe the addition will lead to Treveon Graham moving to the small forward position. Given Coach Smart’s post-Larry Sanders lineups of using Bradford Burgess and Treveon Graham at the 4 for the past three seasons, that seems unlikely. Reddic and Shannon will see minutes together, but Graham should play a majority of his minutes at the 4.

Shannon has only played 72 of a potential 135 career games. His number one objective should be staying healthy. If he can stay on the court, limiting fouls and turnovers will instantly make his game much more efficient. If the Black & Gold Tip-off is any indication, Terrance Shannon should be valuable part of the VCU Rams during the 2013-14 season.