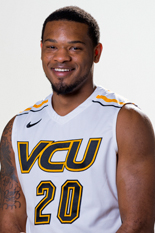 Coach Smart called Burgess one of the six or seven best players from last year’s squad. Like his older brother Bradford, Jordan Burgess will probably start from day one because of his motor, size, and 3-point shooting. He is tough as nails and he has even more potential to stuff the stat sheet than his older brother.

The NCAA ruled Jordan Burgess a partial-qualifier. Because of his academics in high school, Burgess will be unable to play during the 2012-13 season, but he will still be allowed to practice.

During his senior campaign, Burgess averaged 17.5 points and 7.5 rebounds while shooting 40% from 3-point range as he led Benedictine to the VISAA State Semifinals.