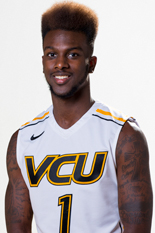 VCU’s first commitment in the 2013 class, Lewis spent most of his high school career as an underrated prospect. ESPN finally made him a 4-star recruit at the start of the summer; an honor he deserved. In addition to being a talented point guard, Lewis is the all-time leading scorer at Dickson County High School. Lewis scored 50 points in November of 2012 in the Holiday Classic in Missouri. Armed with speed and a consistent 3-point shot, he has the tools to be VCU’s best scoring point guard since Joey Rodriguez or maybe even Eric Maynor.

Point guard is the Rams’ biggest question mark this season. Rob Brandenberg and Melvin Johnson could both see minutes backing up Briante Weber at the one, but JeQuan Lewis’s maturation has the potential to solidify the position.