Virginia motorists will have a new license plate option beginning next year. The new standard license plate for Virginia motorists will include the iconic “Virginia is For Lovers” slogan, which celebrates its 45th anniversary next year. The new license plate was unveiled today by Gov. Bob McDonnell. The DMV will begin issuing the new plates on March 1, 2014.

The change to the standard plate is the first since 2007, when the DMV began distributing one that commemorated the 400th anniversary of Jamestown’s founding. 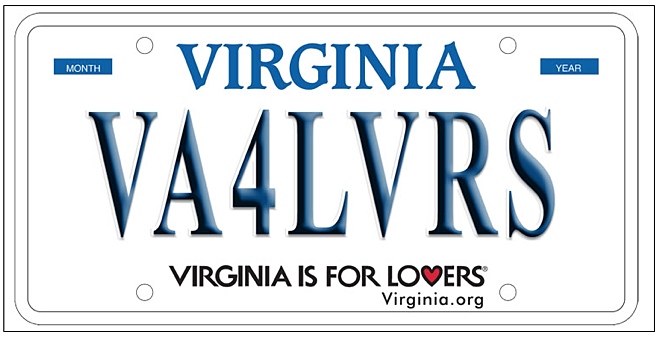