The nearly 300-year-old scroll has survived the worst of history and now has a new home. VCU alumni have donated a Sefer Torah scribed in the 1700s — and which survived Nazi confiscation — to the VCU Libraries’ Special Collections and Archives.

“Now at this stage in our lives, we want to share these beautiful things,” Johnson said.

Johnson’s interest in old Bibles led to his interest in old Torahs. The Torah parchment donated to VCU, scribed in Hebrew, was composed in Romania in 1750. Nazis confiscated the Torah during World War II, and are believed to have kept it in an area of Transnistria, known as the Romanian Auschwitz. It’s also believed that communists held the scroll at some point.

In 2003, the Torah was repatriated to Israel. Israeli authorities later allowed private ownership over the scroll. An appraiser who authenticated the Torah said the book’s in excellent condition.

Photos of the Torah are available here.

“It will be received with profound gratitude and respect,” he said. “It is the supreme symbol of Judaism and one of the Torahs that ‘survived’ the burning of thousands.”

“The Nazis and their perversely inhumane ideology are no more. But the Torah [is the] symbol of the sanctity of learning, and the basic values of the Judeo-Christian tradition live on through [it],” Spiro said. “The Hebrew word itself means ‘teaching.’ Since there is no teaching without learning, it represents the central importance of education among all the values of Judaism. What could be more relevant, therefore, than to place such a symbolic object in the library of an institution of higher learning?”

The rare artifact may likely be the first Torah students see. “It’s quite possible that most students who take courses in religious studies at VCU, and even those who major or minor in religious studies, have never seen a Torah,” Spiro said. “Having a Torah on display with the ability of opening it and reading passages from it, will be a unique opportunity for students to understand it from a visual and tangible perspective.”

VCU Libraries will unveil the Torah, now undergoing preservation, at a future event. The Torah will be on display in the new library, scheduled to open in 2015. 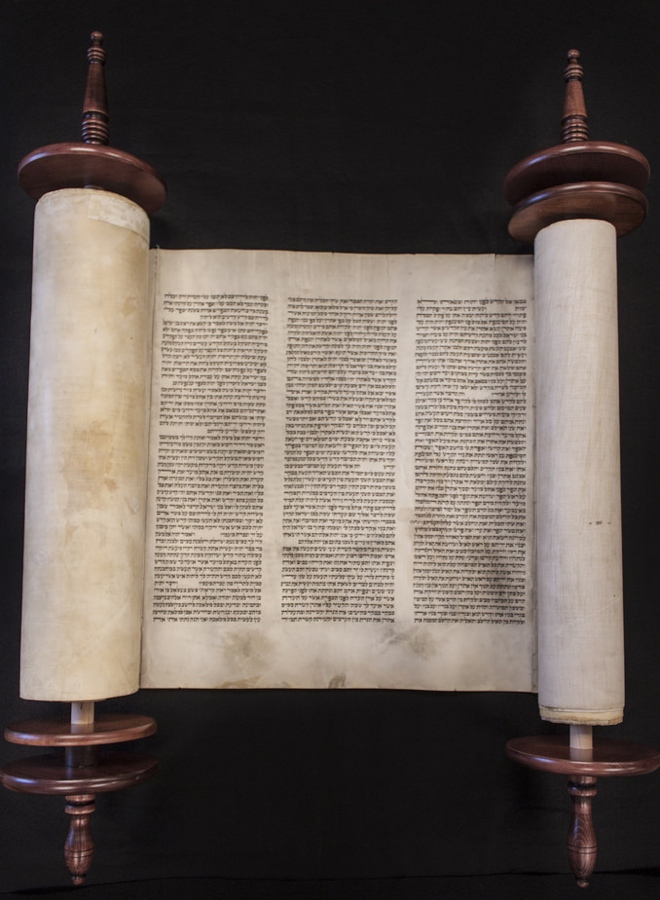