Bring a game, learn a game, watch a game, it’s all about the games. It’s really hard to call Cards Against Humanity (do not click on the link if easily offended, naughty words abound, NSFW, no complaining if you hit that link and don’t like what you see) a game. In truth it’s really just an excuse for drunk (never play it sober) people to make disgusting, vulgar, sentences with the goal of making everyone uncomfortable. To play it you have to have the maturity of a 13 year old teen boy raised by cable TV, a diet of Mt. Dew/Slim Jims/Doritos, and a large chimp.

I have all the sets and I just bought their Ten Days Or Whatever of Kwanzaa. 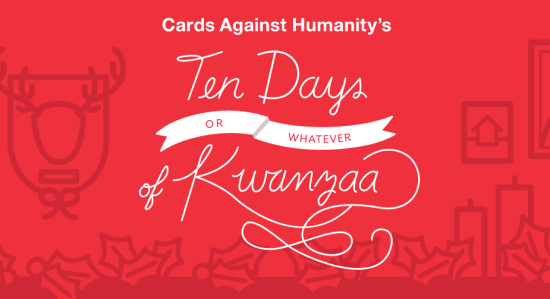 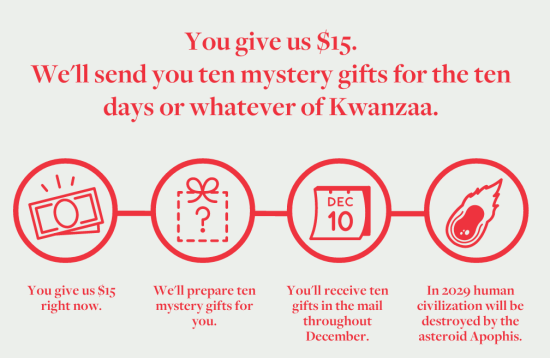