In response to the oil spill in the Gulf of Mexico, three Richmond friends organized a benefit concert to raise support for cleanup efforts. Gulf Give RVA is set to take place on July 15 and will feature local favorites NO BS! Brass, David Shultz and the Skyline, and more.

A benefit concert to raise donations for relief efforts in response to the BP oil spill in the Gulf of Mexico will be held Thursday, July 15, at Legend Brewing Company. 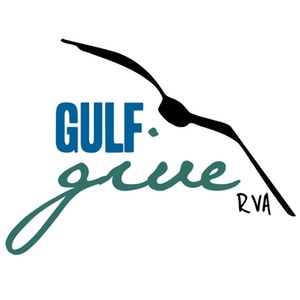 Proceeds from the benefit concert, Gulf Give RVA, will go to the Gulf Restoration Network (GRN), an environmental non-profit network of local, regional, and national groups, and individuals dedicated to protecting and restoring the Gulf of Mexico’s natural resources. The GRN is based in five Gulf states: Louisiana, Alabama, Mississippi, Florida, and Texas. Its independent monitoring and advocacy are critical to efforts to respond to the current oil spill crisis, according to Aaron Viles, the GRN campaign director.

The benefit concert’s creator, Richmonder Arielle Goldman, 25, said that the idea to host Gulf Give RVA came about when she was donating money to the Gulf relief efforts. She said it was discouraging to be able to give so little in the face of such a big disaster.

“Plenty has been said and plenty has been seen about the disaster and all the damage that’s been done, and I think that people in Richmond and people who aren’t actually in the Gulf, who aren’t able to be there and help just feel really helpless,” Goldman said. “I was tired of feeling helpless and I think a lot of people were tired of feeling helpless.”

Goldman said she had not heard of a Richmond-based event to help with the relief efforts, so she decided to enlist her two close friends — 26-year-olds Caroline Gibson and Beth Petty — to help plan and organize the event.

“They immediately wanted to help and it grew pretty organically from there,” Goldman said. “We’re putting in the work together. I think we all have a common goal; we all have the same idea of what we want the event to be, which is just really a fun, laid-back night that happens to also be for a great cause.”

According to Goldman, the event was designed to be open to as many people as possible.

“The main goal for me is that I wanted to make it something that everybody could afford to come to,” Goldman said. “I didn’t want it to have a high price — like $50 or something — I wanted it to be something that 20-somethings could easily [afford].”

Goldman said the trio has split up the tasks in order to prepare and publicize the event, with Petty working to book bands, Gibson working with media, and Goldman working with the businesses for donations.

“We are excited to introduce such a meaningful and important cause to our community, and do whatever we can on the East Coast to help our friends and family on the Gulf Coast,” said Gibson.

The benefit concert will be headlined by No BS! Brass — a fitting choice, seeing as the band has deep roots to the New Orleans jazz movement — and other local musicians including Jackass Flats, David Shultz and the Skyline, and the Rebel City Ramblers.

“We’ve contacted a lot of people. We’ve been working on getting the word out — we’ve been talking to bands, we’re making a great lineup,” Goldman said. “Everybody’s really excited about it so it’s been really easy to get support with donations, venues, and bands.”

Goldman said the event will also feature a silent auction, raffle items, and an open invitation for donations to the GRN. The items for the auction and raffle were donated from local businesses, restaurants, galleries, and boutiques, some of which include the Virginia Museum of Fine Arts, Jack Kreuter Jewelers, Plus 1 Tickets, Secco Wine Bar, the Flying Squirrels, Firehouse Theatre, Plan 9, and James Limousine.

The response has been quite varied, according to Goldman. Many restaurants have given a couple $20 or $25 gift cards, but they have also had fine jewelry items donated for auction. The monetary donations themselves now range from $20 to $800.

“So many people have contacted me about [the benefit concert] — the owner of the fine jewelry store reached out to me, I didn’t reach out to him,” Goldman said. “People just really want to help.”

Goldman said the evening will start off at 4pm on the outside deck of Legend Brewing Company. Bands are scheduled to play throughout the night, and at around 10pm, No BS! Brass will headline the concert. Raffles will be held in between sets, while a silent auction will go on throughout the night from start to finish. Winners will be announced at the end of the event.

“Richmond is both a very philanthropic town, as well as a social one,” said Petty. “We are giving people the opportunity to give what they can to help the relief efforts in the Gulf of Mexico. And there is nothing Richmonders like more than to eat, drink, and be merry for a good cause!”

Local businesses have until July 9 to submit items or donations for the raffle or silent auction.

Goldmand, Gibson and Petty are still collecting donations for the raffle and auction, and continue to work on the lineup for the benefit concert. Donations will be taken at the event. Goldman said they are also looking for volunteers for the day of the event.

“We just decided to give people a chance to come together and give whatever amount they can and feel like they’re part of a community that’s giving something,” Goldman said. “Inspiring is the word that comes to mind when it comes to the response that I’ve gotten from people. I’m just in awe by the generosity that I’ve witnessed.”