Get ready to go D’AWWWWWWW The Metro Richmond Zoo recently announced the birth of an endangered Brazilian Tapir calf. The female calf was born to 10-year-old mother Pershing and 9-year-old father Pico. This is Pershing and Pico’s first calf together. Both calf and mother are healthy (see photos below).

Here’s video of Pershing and her calf:

Brazilian Tapirs are endangered because of hunting and deforestation. Calves are born with white spots and stripes to act as camouflage, which imitates speckled sunlight hitting the forest ground. The spots and stripes fade after roughly six months. 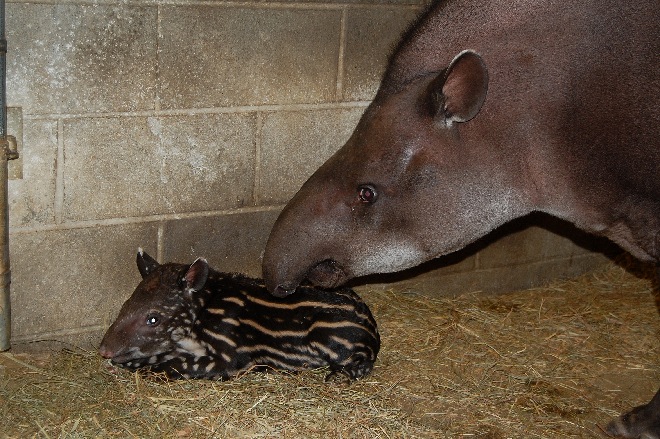 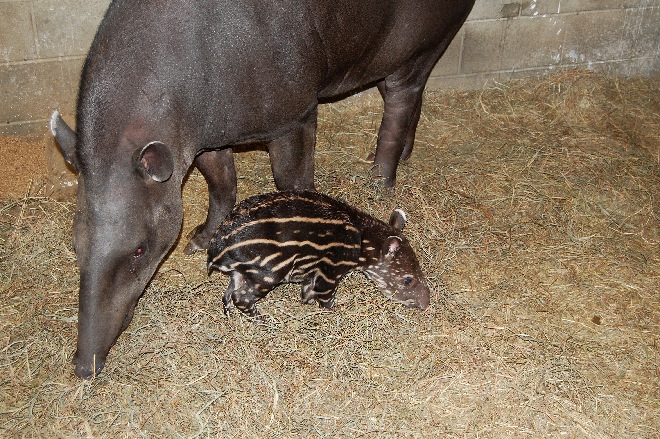 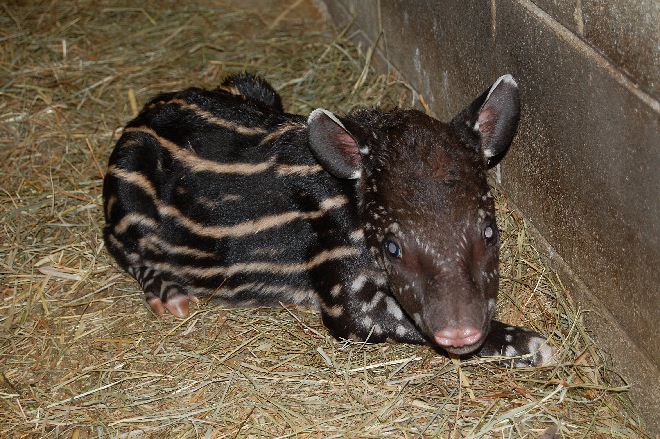