A Richmond Police officer has been arrested after a mother alleged that the officer asked to see naked photos of her 15-year-old daughter during an event at Godwin High School.

Richmond Police officer Ronald Oaks was taken into custody by Henrico Police after the mother of a 15-year-old girl informed authorities that Oaks had taken sexual liberties with her daughter.

Oaks, a K-9 officer who has been with the Richmond Police since 1997, volunteered to assist a Godwin High School event. It’s alleged by the mother that he took her 15 year-old daughter and son to a restaurant during a break in the event on November 8, according to a statement issued by Henrico Police Lieutenant Eric Owens. While at the restaurant he asked the girl if she had nude pictures of herself. He later convinced the girl to show him pictures of her in various stages of undress. Oaks has been charged with indecent liberties of a person less than 18 years of age while in a custodial or supervisory relationship, a class 6 felony. 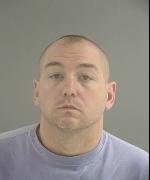 “It is a sad day when an officer is accused of wrong-doing,” said Richmond Police Chief Bryan T. Norwood. “But, we want the residents of Richmond to know the department has hundreds of officers who continue to serve, putting their safety at risk every day to protect the city.”

Richmond Police have placed Officer Oaks on leave without pay until his legal issues are resolved, per departmental policy.