From its building to its name, The Valentine looks to remain relevant. For over a century, the property at 10th and E. Clay streets had a simple, straightforward name: The Valentine Museum.

Founded by Mann S. Valentine, Jr.–who amassed a fortune selling a health tonic derived from pure meat juice–the museum first showcased artifacts and objects the avid history buff collected. Opened in 1898, The Valentine Museum, as a name, was as delicious to the ears as Valentine’s tonic was to the tongue.

Then the internet happened.

In the early days of cyberspace, search engines like Google were (and still are) a vital way for people to discover websites and organizations. People at the Valentine worried the museum’s name didn’t suit the new search-focused world.

So in 2000, the Valentine Museum became the Valentine Richmond History Center. “It was a bit cumbersome, but I can tell you…if you searched for ‘Richmond history’ you would end up with us because it was in the name,” Martin said.

But during its year-long, $4.1 million renovation, VCU Brandcenter students and others recommended razing the name. It wasn’t just a history center, or just a cultural center. “Maybe it’s just as difficult to define The Valentine, and maybe it’s just as schizophrenic as the city of Richmond,” Martin said.

Last month, when Martin and museum staff unveiled the completed renovations, they also unveiled a new name. Gone was the Valentine Richmond History Center, succeeded by The Valentine. 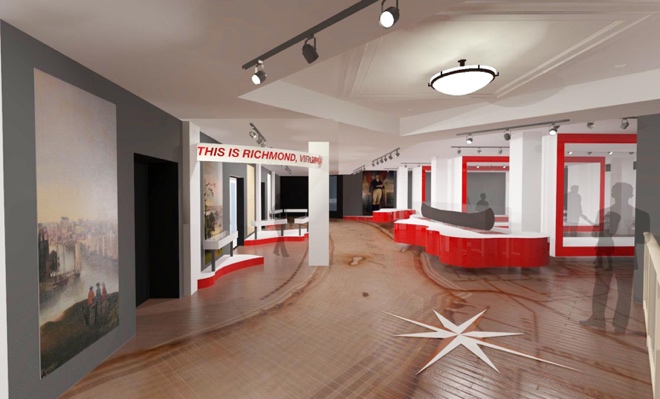 But the museum has changed far more than its name. “From the moment you walk into the door, you’ll have a different experience,” Martin said. Exhibition spaces, lobby, store,1 restrooms, and even the 1812 John Wickham House have been refurbished.

Visitors inside the Valentine’s main building now get greater sense of the museum’s physical place in Richmond. “Wherever you are in the museum and in our galleries, there won’t be a single spot in the building where you won’t see the street, where you won’t see outside,” Martin said. “It’s not just about looking out, but it’s hoping that people who are in the neighborhood will be looking in.”

The new design highlights the Valentine’s physical place in Richmond, but also its metaphorical one. “As one of Richmond’s oldest cultural institutions, and one of the oldest museums in the city, I think we’ve continually tried to redefine our relevance,” Martin said.

Richmond’s changing demographics necessitated new relevancy. “One of the things that’s different over the last 10 years is suddenly we have a city where the majority of the people that are living here weren’t born here,” Martin said. In the past, museum visitor’s saw objects and exhibits that connected them to their family’s past “because our collecting really reflected this longterm population who’d lived here for a very, very long time.”

But new residents are now establishing roots. “How do we assure that every person that walks in the door today can see their history, can connect with the community?” 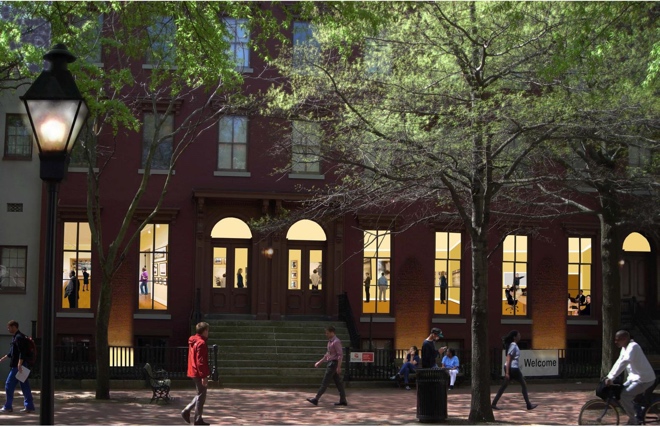 Whereas its new decor and name change are cosmetic, the Valentine’s approach to engage both transplants and longstanding residents is the marrow of the museum’s refurbishment. “Rather than doing the sort of standard chronological history of the city, we think there are personal questions that people always ask,” Martin said. Questions like: Where should I live? Who has the power in the city?

Martin said the new This is Richmond, VA exhibit “really is the beginning exploration of that.” The exhibit asks visitors to think about Richmond’s geographic location, housing, economics, politics, and values; how they shaped former Richmonders and how they shape us today.

To do this, the Valentine will cycle through its eclectic inventory of 1.6 million objects. “What happens when you put George Washington in the same area as a GWAR costume?” Martin said.

While Washington and GWAR may be as disparate as two things can be, they’re both engrained in the city’s identity. “It’s this ongoing conversation about…what does freedom of expression, and when we talk about liberty, what does it mean?” Martin said. “By putting these what are seemingly unrelated objects together in ways that help us talk about those ideas that might have an influence on what we become.”

While the Valentine’s collection of objects would be unrecognizable to Mann Valentine, Jr., its mission would be familiar. “Somehow by learning more and seeing more you could be more,” Martin said about the museum’s ethos that has endured over 100 years. “We need to be continually learning about ourselves, about the world, because that’s the only way it’s going to get better.”

The Valentine is located at 1015 E. Clay Street.