This local company sells custom sunglasses for less than $25, and is eyeing to be the next big lifestyle brand. “We want you to go out and do cool shit,” says Dylan Roukous, co-founder of Nectar, a Richmond-based company that sells customizable sunglasses for $13 – $25. Once you put them on, you and Nectar enter into an implicit agreement: “you better be doing something cool,” Roukous said, smiling, inside Nectar’s Fan office.

Nectar’s serious about cool shit. So much so, that if you damage a pair of their sunglasses while doing cool shit, they’ll send you a replacement pair. Previous activities that led to customers damaging or losing sunglasses include shark diving and bungee jumping. “We always like hearing the stories,” Roukous said.

Nectar’s own story goes back to the campus of Radford University. It was while studying there that Roukous got the idea to order 300 shades commemorating that year’s Quadfest, a massive weekend-long party held on campus. “We sold out in two days,” he said. He then ordered 1,000 sunglasses with “Radford” on the temples. When those also sold well, Roukous knew he was onto something.

But his would-be business partner and childhood friend didn’t have the same luck as a young businessman. Former VCU student and baseball player, Sean Holmes, left college to pursue internet marketing in Atlanta in 2010. He helped start an at-home fitness product soon after.

“A lot of energy and time went into that,” Holmes said, but “ultimately, it wasn’t my passion.” By summer 2011, the business had all but floundered, and with it Holmes’s enthusiasm and confidence. “That was my lowest point,” he said.

Later that year, Holmes reconnected with his childhood friend and the two, inspired by Roukous’s success at Radford, decided to make a go at selling sunglasses. Nectar began in February 2012.

Whereas customized sunglasses by Oakley can reach well above $100 a pair, Nectar’s don’t exceed $25. “We wanted to keep them cool and cost-affordable,” Roukous said. Customers can buy Nectars off the shelf at West Coast Kix in Carytown and Hardywood.

In addition to selling pre-made shades, Nectar also lets customers design their own on its website, allowing 150,000 possibilities.

Roukous demurred when asked how many pairs of sunglasses Nectar has sold in recent months. But he did say that June was the company’s best month yet. Prior to last week, Roukous and Holmes–along with operations manager Brandon Baird–had to put together each pair of sunglasses. They’ve now outsourced the assembly of their existing line so they’re only responsible for assembling orders of custom pairs.

Later this year, Nectar will release its Fusion sunglasses. Those will provide customers with interlocking hinges that negate the need for screws, allowing customers to swap out temples with lenses.1

Also this year, Nectar will debut its first clothing line.2 It’ll be the first step beyond eyewear to solidify a brand that its owners hope will become the next Quiksilver or Volcom. The affordability and customizability of Nectar sunglasses will help make the brand more appealing, especially to teens and young adults. If Nectar can infiltrate that market, owners believe they can build their brand. “As they grow, we grow with them,” Roukous said, with more cool shit getting done as a result. 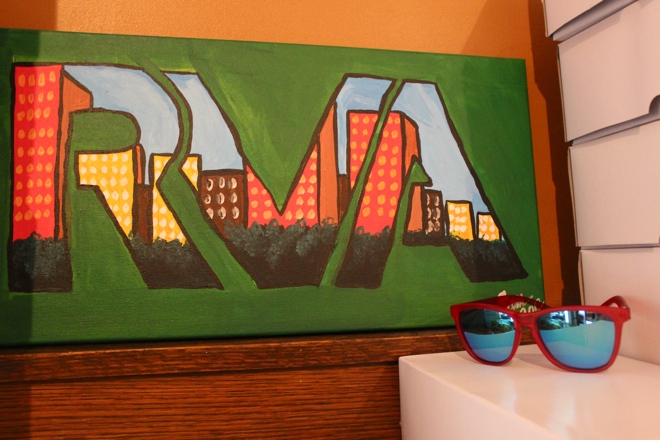