Could this be the time that talk leads to action? 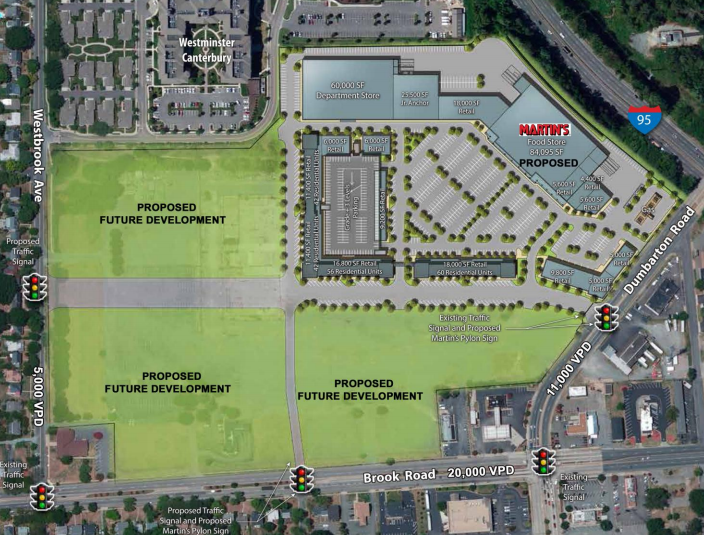 Richmond BizSense.com gives us news this morning of plans to build a Martin’s at the site of the old Azalea Mall. You can view the three pages of plans online (PDF).

The drawings show an 84,000-square-foot Martin’s at the northwest corner of the dormant property.

Atlanta-based Dewberry Capital owns the Azalea Mall site, which covers 39 acres in Henrico County and about nine more near the Richmond city line. The company bought the property in 1998 and had the mall razed in 1999.

The Martin’s would be located in Henrico county as you can tell by comparing the map above and the less impressive one that I put together below. 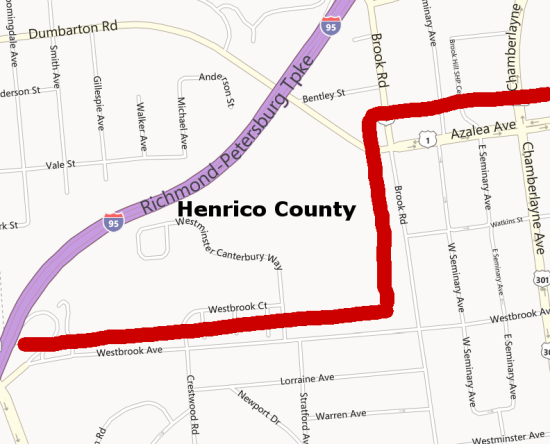 This is not the first time we’ve discussed the future of the site: