Sheila, Jerry, and Charlie have been making the men of RVA look good since May in the current Fan shop. If you tried to get a haircut at Main Street Barber yesterday afternoon you were thwarted by a little bit of Hollywood and sports. Turns out that our little local barber was used as the set for a Redskins commercial. No other details on who was there or how the commercial plays out but always cool to see a local spot show up on TV.

It’s also worth mentioning that Main Street Barber has now officially been making the men of the area even more handsome for over a year now with fine cuts. 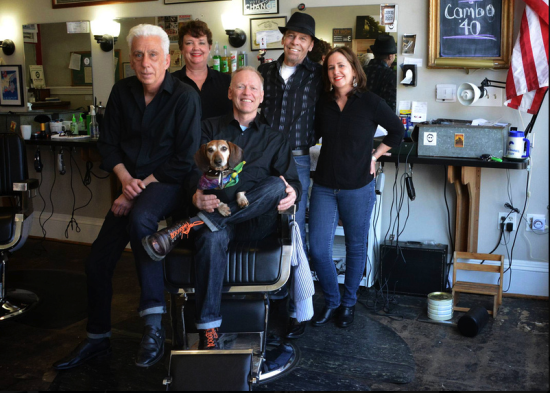 Owners Sheila Connelly and Kevin Daley opened Main Street Barber & Mercantile (2215 West Main Street) back in May. I talked to them after opening.

Connelly’s experience in the hairstyling & skincare industries, along with Daley’s in retail store design, combined perfectly to create the unique space that looks like it has been there since the 1950’s.

Master Barbers Jerry Perdue (Virginia native) and Charlie Ilario (Bronx, NYC native) join Connelly behind the chair (each with 25 plus years experience) and Daley oversees the ongoing design of the shop, along with unique vintage finds for the mercantile section. Kendall Simons joined the staff in December as Shop Assistant.

The shop hearkens back to the time when getting a trim was a service, not a rush job in a strip mall akin to going to a fast food joint. Conversations and a cup of coffee await your visit.

A man’s haircut is $20.00. Discounts are offered to seniors, veterans, students, kids under age 14 and first responders, as well as 10% off to fellow small RVA businesses. They are open 7 days a week.