Comedian Lewis Black once said that that the first thing that crossed his mind in the morning was this: “You know, it’s going to suck today, but at least I’m not getting smallpox!” Most, if not all, of us share Mr. Black’s appreciation. We treat the smallpox disease with an almost illusory appeal; something that we’ve heard of, yet have never seen first hand, and with which we have no first-hand experience. 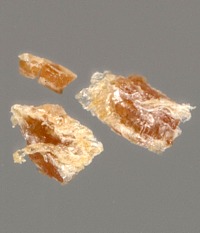 It is this very appeal that helped inspire The Virginia Historical Society (VHS) to use an 1876 handwritten letter that contained a light brown, smallpox-infected scab about the size of a pencil eraser in their “Bizarre Bits: Oddities from the Collection” exhibit that ran from June 2010 until March 2011. A late nineteenth-century Virginia man, William Massie, sent his father in Charlottesville the small swatch of a smallpox scab from an infant. In the late 1800’s, it was common for those unaffected with the disease to rub infected scabs into an open wound for inoculation purposes.

It appears to not have been the first time Massie sent such a letter. “The inclosed [sic] scab,” wrote Massie to his father, “will vaccinate twelve persons, but if you want more, you must send for it. I will pin this to the letter so that you cannot lose it as you did before.” Although, appearing as an unappetizing remedy, the practice was both common and beneficial. By exposing oneself to a small amount of the smallpox, the body would produce antibodies to ward off later encounters with the disease, working under the same biological principle as do modern flu vaccinations. Medicine was not as authoritative in those days as it is now, with individuals having to rely on protean remedies (in 1870, a medical student at Harvard could fail 4 of nine classes and still graduate with an M.D.). 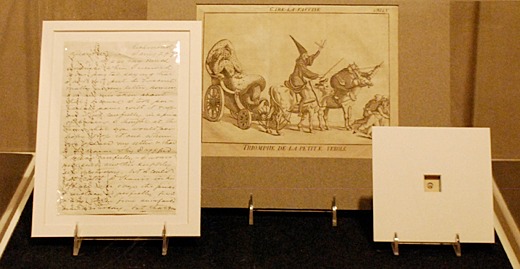 The VHS, who has been collecting relics since 1831, included the letter and scab in “Bizarre Bits” to illuminate modern audiences to the perils of disease experienced by our ancestors. But the outré quality of the relic scab was not the only thing that caught people’s attention.

Nick Radonic, an electrical engineer from Derwood, MD, contacted the Center for Disease Control (CDC) after reading a review of the exhibit in The Washington Post. He expressed concern that, should the smallpox sample become exposed, which the VHS contained in Mylar and under a vitrine (a type of Plexiglass), it could cause severe health concerns. The CDC sent two agents to investigate, agents who ultimately confiscated the scab and returned to CDC facilities in Atlanta, GA with it.

But not for the safety of public health.

The CDC was “very supportive of how we worked with the items,” says Lee Shepard, Vice President of Collections at the VHS. He says that the CDC was “very appreciative of the care” that the VHS had taken with the smallpox relic. The reason the CDC was so interested was that there are not only a nominal amount of smallpox-related historical artifacts available, but especially those from the late nineteenth century. “They had a real enthusiasm about the research possibility,” says Shepard. “Excited about the possibility of mapping DNA.”

The CDC still possesses the scab, and plans to return it to the VHS, although no date for the return has been given.

The “Bizarre Bits” exhibit, which also featured a cigar from Confederate President Jefferson Davis and a fungus carving of Robert E. Lee on his horse, has added to a recent attendance boon for the VHS. “Our visitation has gone up in the last couple years,” says Shepard.

The VHS is open seven days a week and is free to the general public.

Photos by Editor B and the Virginia Historical Society