17-year-old Richmonder private pilot (and rising senior at Collegiate) Linsey Kornblau is getting ready to fly across country for the first time. But it’s not all for thrills — she’s also raising major bucks for cancer research.

17-year-old private pilot Linsey Kornblau has raised more than $66,000 for the VCU Massey Cancer Center by gathering donations from supporters of her cross-country flight set to take place on August 4.

Kornblau — who is also a rising senior from Richmond’s Collegiate School — will take off on her journey from the Hanover Airport in Ashland. The trip will take about six days to complete and will also include multiple stops, according to Kornblau.

After the initial decision to fly across country, Kornblau spoke with her family about possible charities to financially benefit from her goal.

“My family and friends are my biggest inspirations,” Kornblau said. “They’ve been really supportive, and we’ve known a lot of people who have been affected by cancer, so the idea to raise money for [the Massey Cancer Center] came really easily.”

“Going to visit the facility and seeing how wonderful that facility is when people are facing something so traumatic really sealed the deal for her,” Crystal Kornblau said. “There’s just a warmth when you go into that center.”

Since Kornblau set out to make the fundraiser flight a reality, the Massey Cancer Center has worked closely with the young pilot and her family; its Office of Development & External Relations has organized a launch party on August 4 at the Hanover Airport before she makes the trek from the East to the West coast along with her flight instructor, James Benwell. 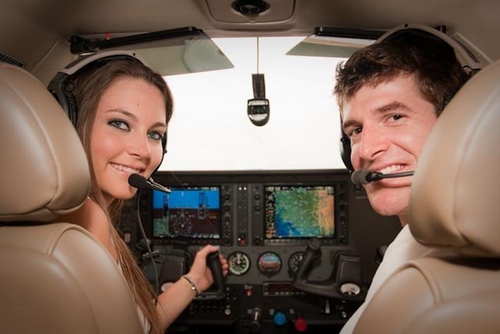 The Massey office has also planned a party upon Kornblau’s return, which will be held on August 14 at The Place at Innsbrook in Glen Allen.

When she was just a freshman in high school, she took a Discovery Flight at Chesterfield Airport, an experience designed for first-time flyers and help them decide if they want to pursue pilot training.

“I was instantly hooked,” Kornblau stated. “There was nothing anyone could say or do that could deter me from getting my pilot’s license… I continued my training all the way until finally, I received my pilot’s license in February 2010.”

Currently in preparation for her upcoming flight, Kornblau said she continues to study for the second phase in reaching her ultimate goal of becoming a corporate jet pilot. To do so, Kornblau will have to train to receive her Instrument Rated Pilot certificate — which allows her to fly through a cloud layer and fly an airplane safely by using instruments — and then continue training until she is able to fly multi-engine planes (in addition to meeting other qualifications).

Kornblau said she hopes to have her Instrument Rated Pilot certificate by the time she leaves for college next year. She plans to continue training until she gets her jet pilot’s certificate and has the ability to fly corporate jets and airliners.

In order to reach this goal, Kornblau will apply to become a student at Embry-Riddle Aeronautical University in August 2011. The university is located on the runway of the Daytona International Airport.

“Embry-Riddle is the best school for my intended career path and my first choice for college,” Kornblau stated. “It would be a dream come true if I were accepted. Women only make up 16 [percent] of the student population, which would make acceptance into the school even more of a personal accomplishment for me.”

Kornblau said she feels nothing but excitement for her upcoming flight and looks forward to raising money for the Massey Cancer Center. 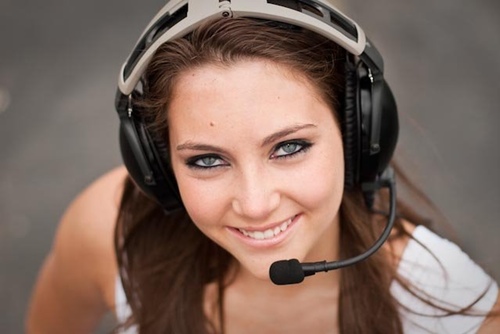 “We’re very, very proud of her,” Crystal Kornblau said. “We have a 17-year-old who has dedicated her time and effort to raise money for such a worthy cause. As a parent, it’s a pretty phenomenal feeling.”

For more information or to make a donation, visit Linsey’s Flight for Massey website or her Facebook page.