Neither police or park officials have been able to determine what was spotted. As a warning to walkers, runner, cyclists and anyone who frequents the buttermilk trails, my husband came across what appeared to be a darkly colored panther or very large cat on his early morning run. The cat was sitting in a dirt pile next to the fire road, next to the Reedy creek access point, at about 6 a.m.; it ran across the trail then up a tree and gave him a low growl and he ran off as quickly as he could. We are reporting the incident to the park system. Be careful in that area especially in the early morning.

RTD has picked up the story and has several theories including a “hybrid cat – that is, a domesticated cat that’s been bred with a wild cat” and posted a picture of coyote or dog tracks.

It’s extremely unlikely that it’s a mountain lion as shown unless it’s an escaped pet. However in August of 2014 there was a report of a “black mountain lion” by the Roanoke Times. Authorities had their doubts.

“There has never been a documented case of an all-black cougar and the ones you see on television are all either jaguars or leopards,” said Mike Fies, wildlife research biologist at the state Department of Game and Inland Fisheries. “The Eastern cougar is considered extinct, with the last one being confirmed around 1880. There are no known resident populations. I haven’t seen one in the 30 years I’ve been here, and that makes it hard to accept that there is a resident population.”

As to what is the woods near Reedy Creek, the jury is still out but it’s definitely worth being a bit more alert when visiting the park.

It could always be worse. 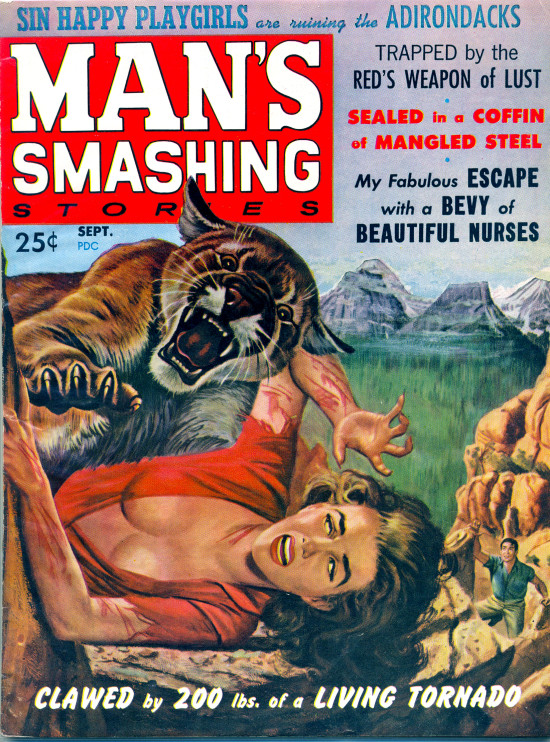