King of Pops expands (for a day) into the James

Those riding the James got a sweet surprise on Labor Day Weekend. We get the scoop or rather popsicle from Paul Spicer of Grid:

Basically, we paddled an entire King of Pops cart over to an island in the James and handed out free pops for the day to people as a way of saying thanks for being on the river. Going where no cart has gone before, it was quite literally a boatload of pops. 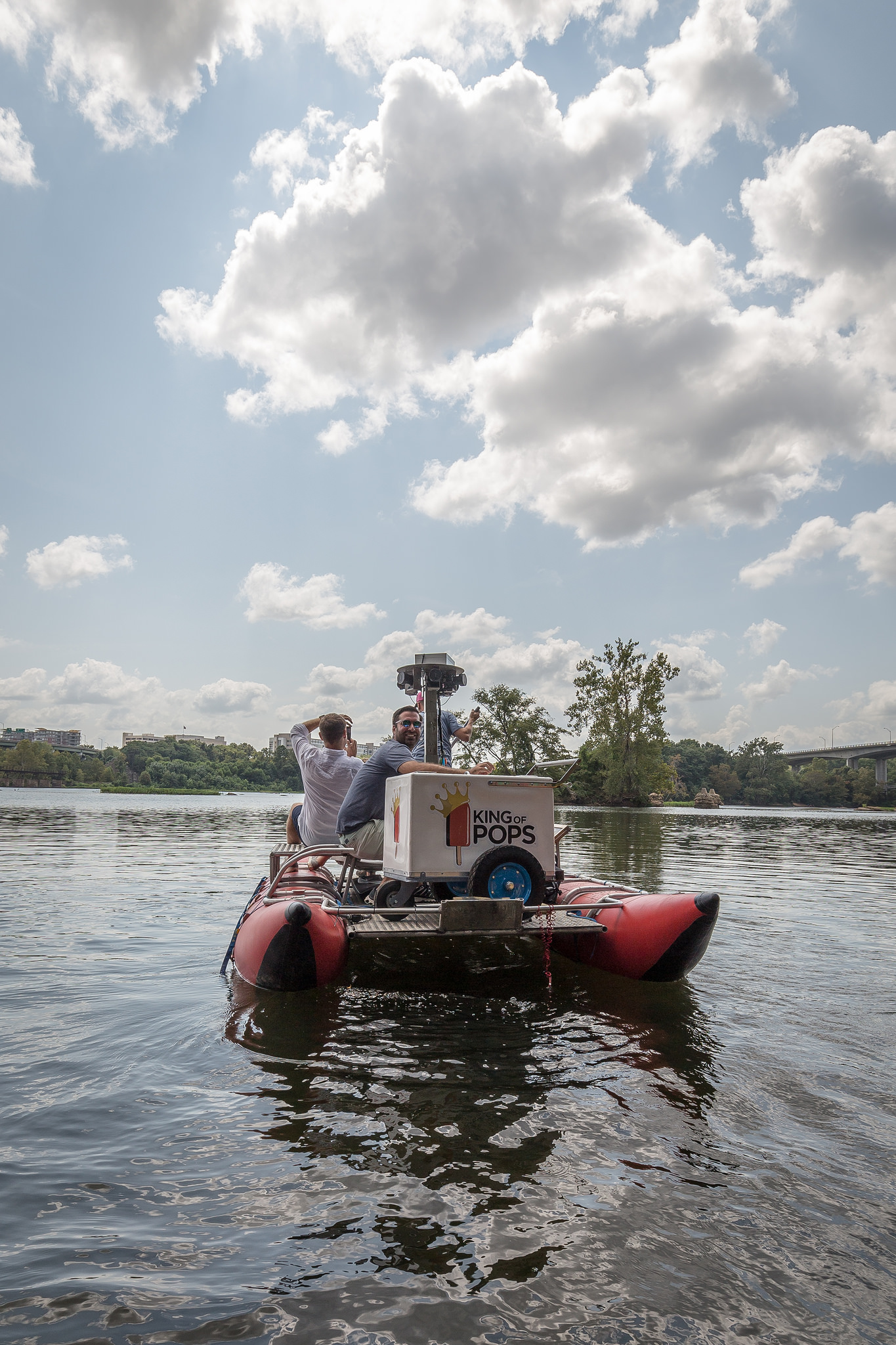 The river popup, located on Blackbird Island just off of Brown’s Island, was the first in a series of river pops we hope to host as part of mashups between Grid, King of Pops, Richmondoutside.com, and other local businesses. We used the Terrain360 camera raft made by Andy Thompson, founder of Richmondoutside.com, and Ryan Abrahamsen, as our vessel and we worked with Riverside Outfitters to let kayakers and those renting SUPs know that there were a bunch of castaways somewhere out there with free popsicles. 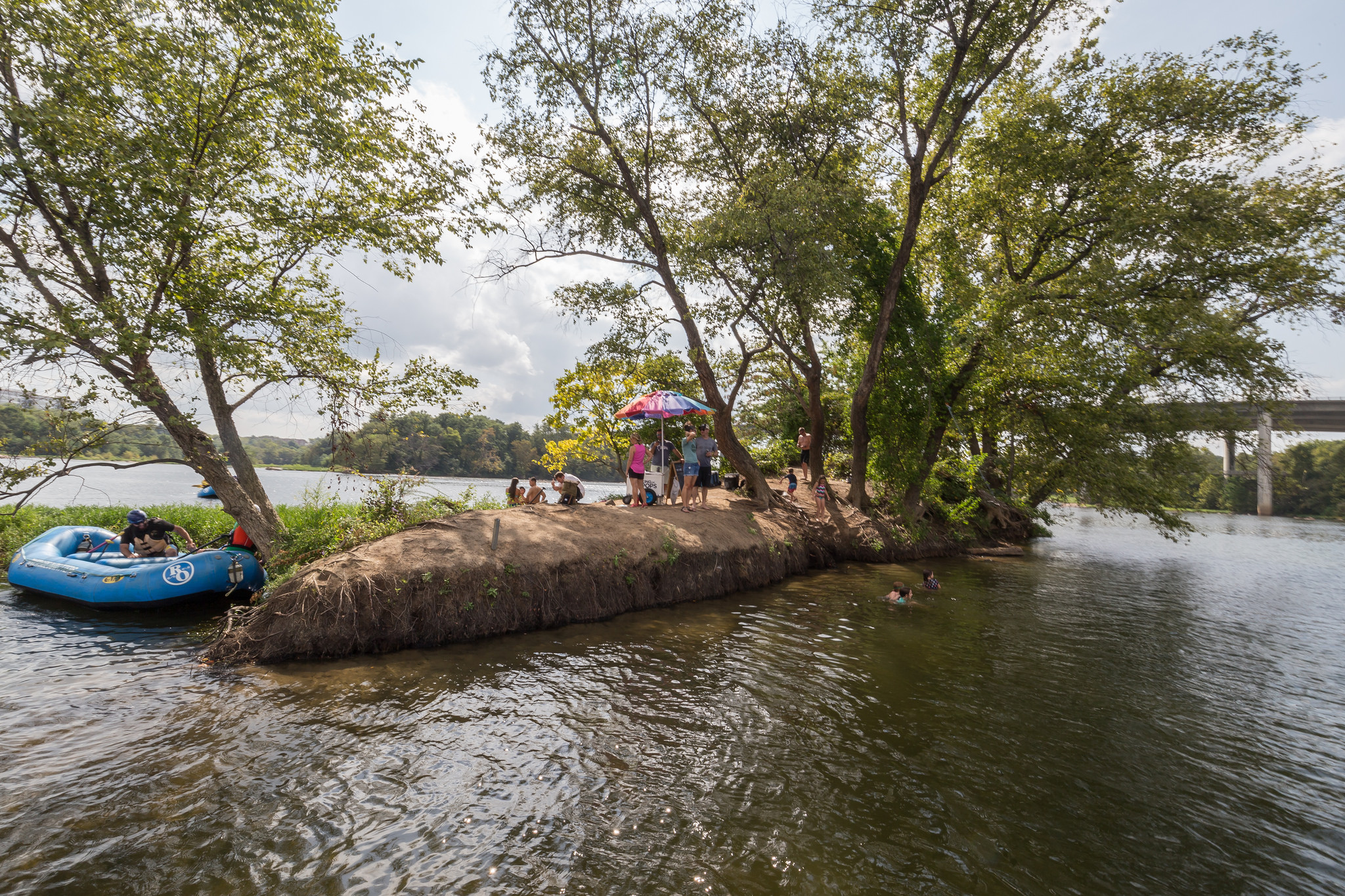 The signature popsicle for the day was of course called The James River Pop and it included coconut, blueberry, and a candy fish inside. The James River Pop was created to raise awareness of the James River Association. After launching our Get Outside issue of Grid magazine, we wanted to find a way to celebrate the river with friends and other local businesses owners by having some good old fashioned fun this holiday weekend — complete with a King, a raft, a rope swing, and an island…which many were renaming Dessert Island by the end of the day. 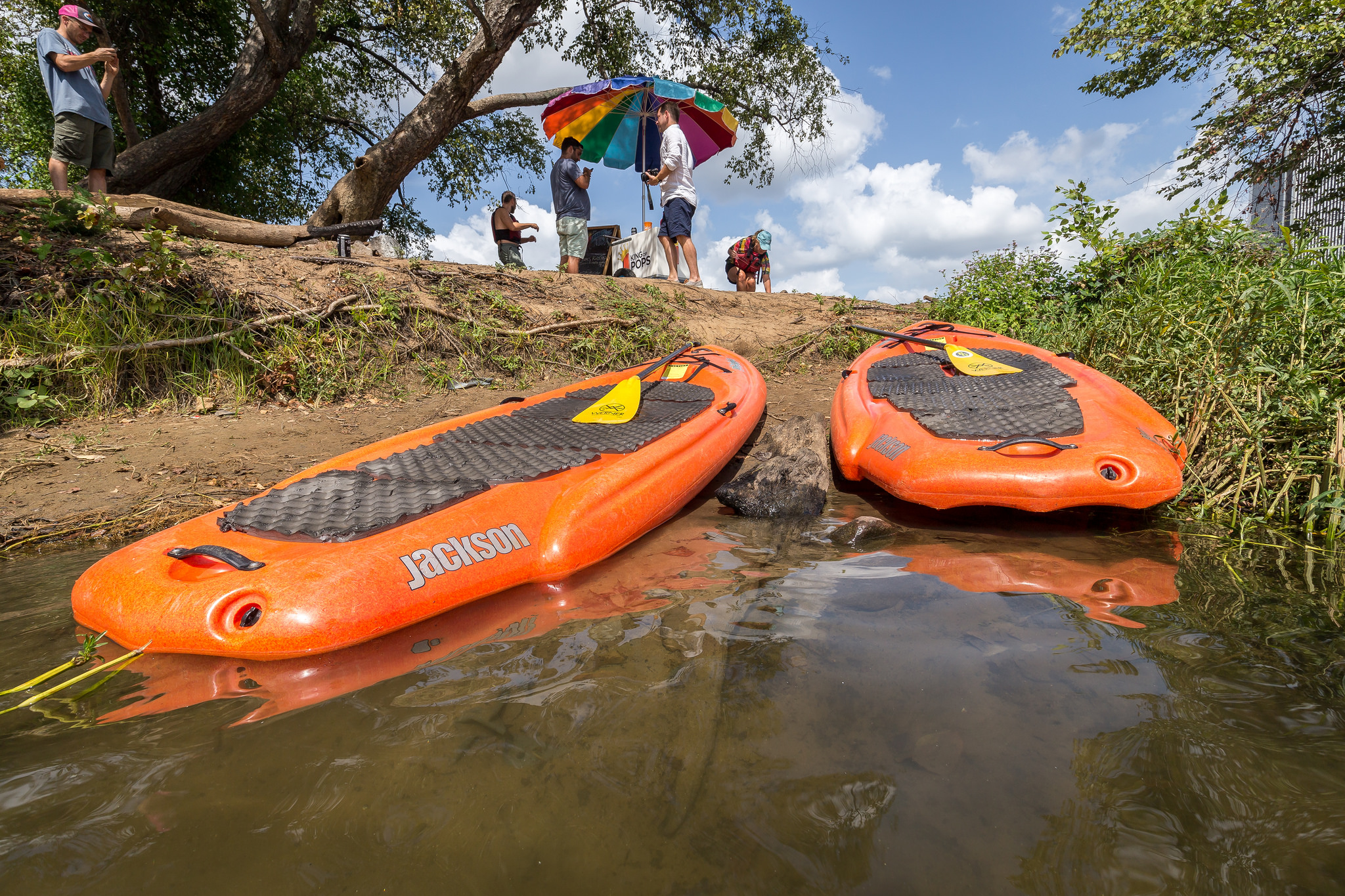