Historic Tredegar: The region’s gateway to the Civil War

Unveiled yesterday, the American Civil War Center at Historic Tredegar is now the Region’s official Gateway to the Civil War, providing a unique vantage point from which to see the war from three perspectives: Union, Confederate, and African-American.

2011 is not only the 150th anniversary of the Civil War, it’s also the 150th anniversary of the beginning of the emancipation of American slaves. In partnership with the Richmond National Battlefield Park and the National Park Service, the American Civil War Center at Historic Tredegar was unveiled yesterday as the Region’s official Gateway to the Civil War, providing a unique vantage point from which to see the war from three perspectives: Union, Confederate, and African-American. 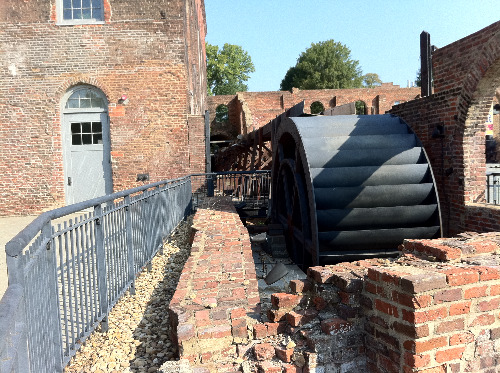 Once the largest munitions foundry in the South, Historic Tredegar’s 8.3 acre site now hosts the Region’s official Civil War 150th Visitor Center. Guests at the center will be introduced to Tredegar as well as the Region’s 13 Civil War battlefields before being directed to other historic sites of interest, such as the Virginia Historical Society, the Museum & White House of the Confederacy, Black History Museum & Cultural Center of Virginia, Richmond Slave Trail, and more.

At the unveiling yesterday, American Civil War Center at Historic Tredegar president, Christy Coleman, pointed out that Richmond’s central location makes it the perfect staging ground for a fully inclusive examination of the war’s effects. Or, as the new banner flying between brick columns announces, “The story starts here.”

For its significance in Civil War history as well as its starring roles in other national events, the Richmond Metropolitan Convention & Visitors Bureau announced the launch of the “On To Richmond” promotional campaign, designed to attract tourists to the historic goldmine that is our fair city.

“The history is broad; it is deep. It is not just about these four years. Richmond’s history is expansive and we want visitors to understand that, to be able to explore that, and to be able to find it easily,” said Coleman.