Closed due to circumstances beyond their control. RVANews reader Katie let us know that something was up with Haiku (2222 E. Cary Street), the highly praised sushi restaurant on Tobacco Row. Apparently they closed on December 20th for the holidays, but as you can see from the sign below they won’t be reopening. Their Facebook and phone have be turned off, but their website–at the time of this writing–was still up. 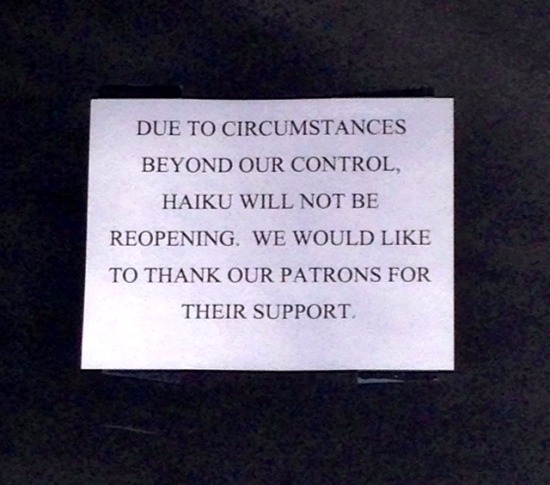 A Haiku for Haiku