Good morning RVA: Hold on to your hats!

Cold this morning with an afternoon chance of…WINNNNNND. Good morning, RVA. It’s Thursday, and it’s cold–just 28 °F with a high of 47 °F later this afternoon. Sure that’s a little warmer than yesterday, but today brings with it some pretty decent wind. So, literally hold on to your hats.

Work on the I-95 Boulevard and Belvidere bridges continues, so expect delays (but you already knew that). Starting tonight through 6:00 AM on Friday, Chamberlayne at I-95, near that creepy motel, will be closed for bridge work–VDOT suggests following the detour using “local streets.”

Tonight a panel of fancy-pantsed judges will gather at the John Marshall to hand out Olympic-style medals to some of Virginia’s best wines and award the Governor’s Cup to the very best of the best. My wine knoweldge is minimal, but I’m guessing the winner will have notes of something with a hint of another thing that hits you square in the back of the palate.

The Spiders trailed by 21 points at the half on the road against George Mason last night, a deficit they would cut all the way down to five, but they still couldn’t pull off the win. The loss most likely ends any chance of Richmond clinching an at-large NCAA tournament bid.

VCU takes on Fordham in the Bronx tonight at 7:00 PM. You can watch the game on the CBS Sports Network; here’s what you can expect.

Astronomers announced yesterday that, using the Kepler space telescope, they have discovered 700 new planets out there in the wide, wide universe. This includes 106 new, earth-sized planets. Previously we had only found 20 earth-sized planets! Here’s a good chart that sums up just how big this announcement is: 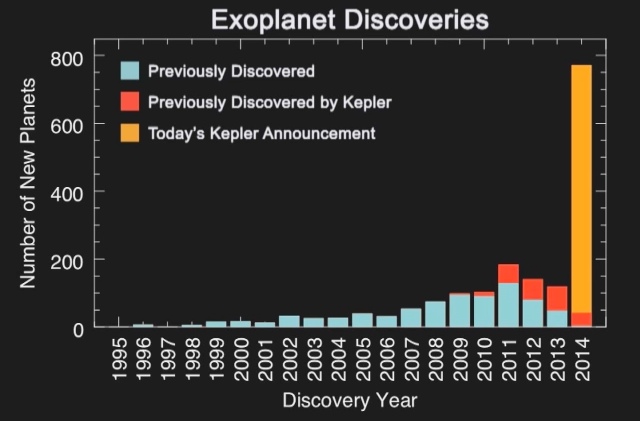