Death by River: An alarmist consults a medical professional

You might be tempted to preserve some summerfeel by dipping your toe into the James. BUT WILL YOU GET YOUR TOE BACK?? Probably! Last week, a man named Charlie Horner caught a nasty bacterial infection after, improbably, being pierced by a catfish barb in the Rappahannock River. And then, Charlie Horner died.

Guys, you don’t understand–our office is constantly arguing about whether or not the river is safe to swim in. True, Horner didn’t die from Vibrio vulnificus he picked up in our river, but if the Rapp can harbor these bugs, CANNOT OUR MIGHTY JAMES?

That was my position, anyway, but another faction disagreed. Well, they didn’t disagree that the James probably has some gnarly stuff in it, but they disagreed that it puts us at enough risk to keep us on dry land. 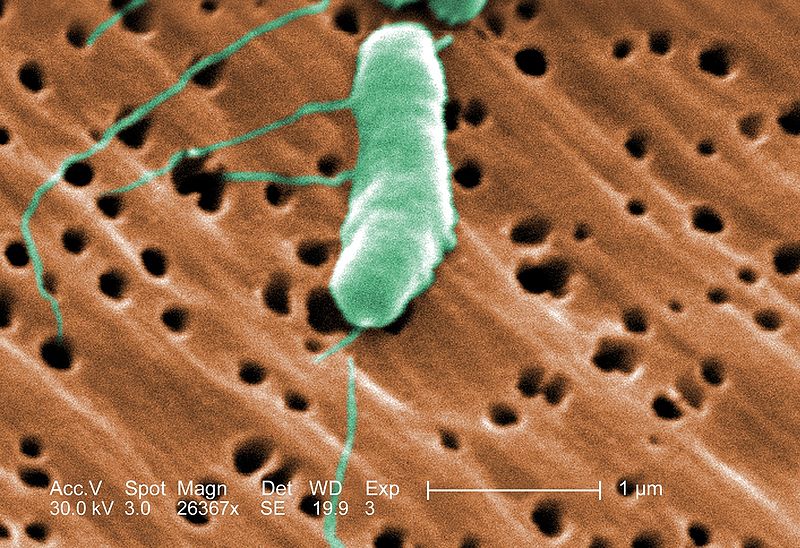 Vibrio vulnificus, which is a close cousin to Vibrio choleraeis, which causes cholera. It is probably not in your body.

Dr. Bo Vaughan, who works in infectious diseases at the Hunter Holmes McGuire Veterans Administration Medical Center, has a really gross job, according to me. He loves the problem-solving aspect of bacteria and other infectious stuff, and that you have to correctly diagnose, treat with one or more antibiotics in varying amounts, and then see a patient improve in real-time. Seeking out those bugs and putting an end to their disgusting lives–I can maybe see how that would be satisfying.

Just like Vaughan can see how I’d be afraid of putting my body (the only one I possess) into the river.

Dun dun DUN! I knew it was a dangerous place!

But really he only says that because he’s overly enthusiastic about bacteria. The day I spoke to Dr. Vaughan, his daughter was home sick, and he was planning out different things to test her for that evening. “But it’s always just a cold.” I’m making him sound gruesome, but he’s just enthusiastic. In reality, he encourages his kids to get dirty. “We’re designed to be around lots of filth, grime, and dirt, and it will give us an immunological advantage.” 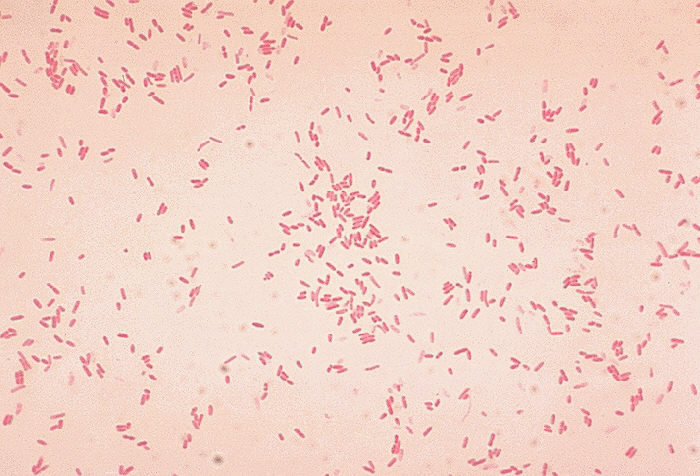 Aeromonas hydrophilia. Most likely a colony of these guys is located nowhere near you.

Dr. Vaughan and his family are in the river all the time, and despite his tendency towards bacteria paranoia (or is it the thrill of the hunt?) he gently reassures me that the likelihood of any of us developing a flesh-eating bacteria infection is very, very low. Unless I get stabbed by a catfish barb or cut myself on something more common, like a rock or a stick.

“These pathogens, bugs, bacteria, whatever–they’re in both salt water and fresh water all the time,” he said, and at the same time I realized how easy it is to twist quotes into something that the speaker never meant to imply. “But something like Vibrio in brackish water [i.e. what killed Charlie Horner in the Rappahannock], it fluctuates in frequency. These infections are usually in people who have an open wound or acquire one while in the water and wait to see if it gets better.”

Our skin, it turns out, is pretty good at providing the first level of defense. But we can’t go in there with our armor ripped, and if our armor gets ripped while in the water, we should go see a doctor.

Is this something just for the elderly, like Charlie Horner? Nope! Dr. Vaughan tells me about Aimee Copeland, who is a 20-something grad student in Georgia. And, to make matters worse, Aimee DID go to the doctor after she fell off a zip-line and cut her leg on a rock but they didn’t catch the necrotizing fasciitis that would lead to the amputation of a leg, a foot, and both her hands.

But I promise you, he still thinks we should be just fine in the water. The key issues we should tell our doctors if our protective skin-bag opens in the water: 1) which body of water (salt water and fresh water have different bugs), 2) whether our skin was ruptured by a fish or other lurking creature, 3) whether the pain seems disproportionate to the look of the wound (in other words, it doesn’t look all that bad, but your arm is killing you).

Another line of defense we could put in play is physical barriers between us (thrill-seeking humans) and them (evil bacteria)–NOT that we should need it, of course, but just as a precaution. Wear shoes in the water. Wear a helmet if you’re going to be kayaking in the rapids. If you just got stitches, remain upon the beach.

Naegleria fowleri, which, of course, did not crawl up your nose and give you amebic meningoencephalitis.

Oh, there’s another thing you can get, he offhandedly remembers. An amoebic type of meningoencephalitis that “really takes hot stagnant water coming up through the nose to get that.” A friend of mine swears she got tapeworm from the James once, and Dr. Vaughan admits that this is technically possible, although even more rare than anything we’ve discussed yet. “Maybe in Southeast Asia or Africa, but catching a worm or a diarrheal infection from a river in North America would be astronomically rare.”

“Even tap water has bacteria in it,” he reminds me, as he can probably sense my windpipe closing in panic. I’m not sure that reminder helps. And, he says, the only reason we hear more about these in the summertime is because there are simply more people IN rivers, “bashing their heads on rocks or slicing their feet on sticks.”

Guys, I totally see what you all love so much about playing in the river! 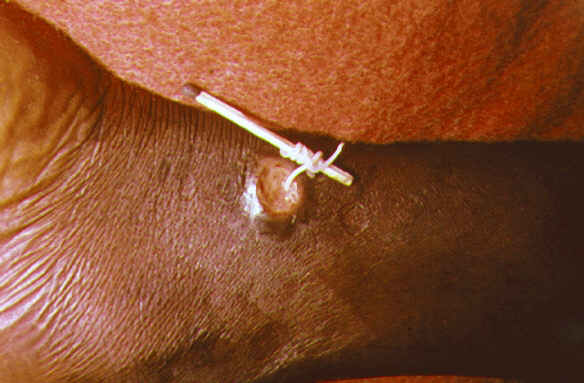 Dracunculus, also known as “guinea worm.” You almost certainly do not have this, although Dr. Vaughan would be a little bit excited if you did.

I get Dr. Vaughan to admit that he has his own White Whale, a body invader that he just wants to see once. It’s the guinea worm, and you can’t just pull it out if you have one, you have to twist it out over the course of a week. Why? Oh, no reason. If you break the worm, you pretty much die, that’s all. “You get it from drinking infected water fleas,” he says and it has got to be the most cheerful anyone has said “water fleas.” “About a year later, you develop burning, and then the female worm bursts from the skin. It’s really special.”

Big thank you to Dr. Bo Vaughan for being a really good sport. Just to be clear, the river is not trying to kill you.

But it’s not NOT trying to kill you.