Its hills offered a premiere sledding spot on snow days, while its gazebo offered one local man a place to propose to his girlfriend nearly 60 years ago and another a 32-year career to maintain it. But after three decades of neglect and two tropical storms, the lake at Forest Hill Park was lost among overgrown grasses and severe leftover damage, and the surrounding park was in need of restoration.

Its hills offered a premiere sledding spot on snow days, while its gazebo offered one local man a place to propose to his girlfriend nearly 60 years ago and another a 32-year career to maintain it.

But after three decades of neglect and two tropical storms, the lake at Forest Hill Park was lost among overgrown grasses and severe leftover damage, and the surrounding grounds were in need of restoration, according to Kathy Graziano, Richmond City Council president.

However, this year marked the final stages of the lake renovation and a newly-established commitment to the park’s continuing restoration. 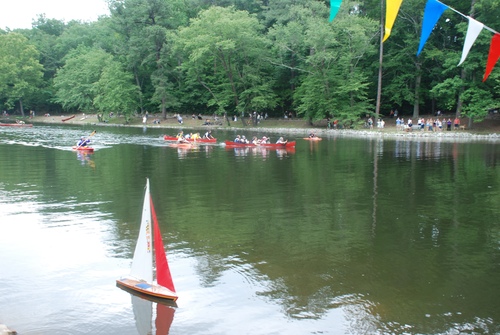 Saturday’s re-opening of the Forest Hill Park lake attracted an estimated 500 people from surrounding communities to celebrate the lake’s renovation that has been nearly a year in the making.

Graziano said it was about a year and a half ago when she traveled to the lake that had evolved into a marsh. After a renovation process that included dredging the lake, re-painting benches, adding plants around the lake and park, getting the trash and litter under control, and plans for a new footbridge at the south end of the lake, park visitors will once again be able to take pride in the “hidden jewel.”

According to J.R. Pope, the director of the Richmond Department of Parks, Recreation, and Community Facilities, his department oversees about 170 park and recreational facilities, but the historic Forest Hill Park has a special connection with the community.

“The gratifying piece to this is the individuals who are old enough to remember it 50 years ago when it was a lake and were so appreciative that their lake’s back,” Pope said.

Pope said the budget initially allotted for the restoration was $1.7 million, but collaborating departments were able to complete the renovation for $1.4 million and about a month ahead of schedule. However, Pope said the restoration process has been a long one, stemming back almost four years.

“It was a long process and actually it was probably the third time that this has been tried over the last ten years or so,” Pope said.

According to Graziano when she began serving on City Council, members started discussing the park’s restoration. Shortly after, Graziano said she and Pope began collaborating in their efforts to plan and fund the project.

The Forest Hill Neighborhood Association was also key in advocating for the lake renovation, according to Graziano. 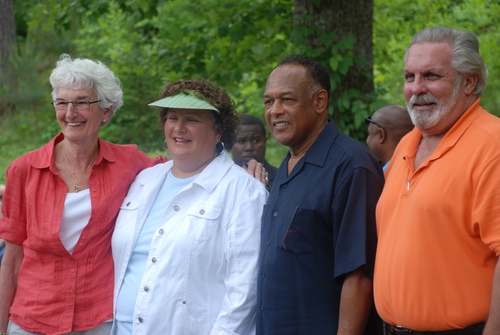 Grace LeRose, the Forest Hill Neighborhood Association president said the group’s Yacht Club organized a regatta event to go along with the re-opening, which included canoe and kayak races, dog swim races, a remote-control boat race, and other competitions. Re-opening speakers included Mayor Dwight Jones, Graziano, and Pope, who also partook in a ribbon-cutting ceremony before the start of the races. 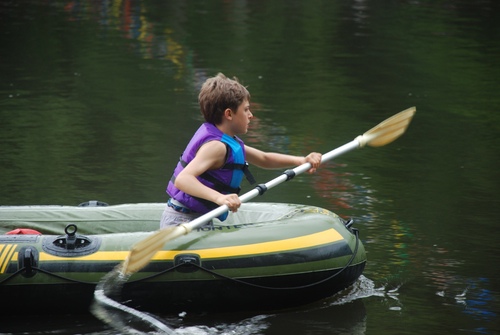 (A young boy paddles across the lake to prepare for one of the boat races that included several competitive categories like a solo kayak or canoe, a dual kayal or canoe, and a youth heat for ages 17 or younger). 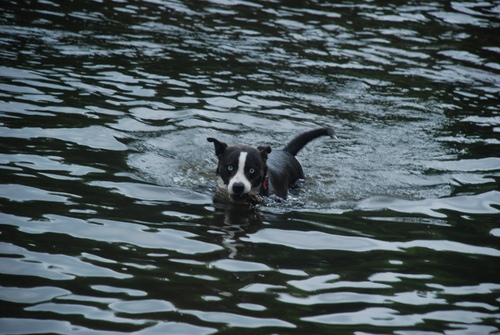 (A dog returns to shore after competing in the dog race that was held after the series of boat races. About five dogs partook in the race, which required them to doggy paddle across the lake to meet their owners.)

During the opening ceremonies, Mayor Dwight Jones spoke of earlier years when the lake acted as an amusement park and fulfilled other roles since its creation; but after its transformation into a wildlife habitat, the lake fell into disrepair.

Jones said it took multiple organizations to get the lake and park back into pristine condition—ahead of schedule and under budget.