If you saw a fire at the Colonial Downs track yesterday and wondered why there wasn’t an armada of firetrucks there to put it out, rest assured: it was planned. Why did Colonial downs decide to light the horse track on fire, and what does it mean for the turf?

Over one mile of fire flamed across the Secretariat Turf Course at Colonial Downs yesterday afternoon. The controlled burn set the entirety of the course aflame.

“We’re basically burning instead of cutting,” said J.D. Thomas, Track Superintendent at Colonial Downs, in a release. “The burn actually drives the nutrients down into the soil.” Thomas has wanted to utilize this particular technique for several years as it yields benefits over simple trimming.

“The dormant leaf that sits atop the bermuda grass is dead anyways, and that’s what burns. If we were to cut and blow that leaf the way we normally do, it would take ten days and we’d lose the nutrients. The entire burn took less than two hours and we saved the nutrients,” he said.

Over 12,000 gallons of water was lain down before the burn, half inside the turf course and half outside the track’s perimeter as a precaution. An official from the Virginia Department of Forestry and members of the New Kent Fire Department were on hand to set and supervise the controlled burn.

Colonial Downs opens its summer season on June 2nd with the Strawberry Hill races. The Virginia Derby will be held on July 21st. 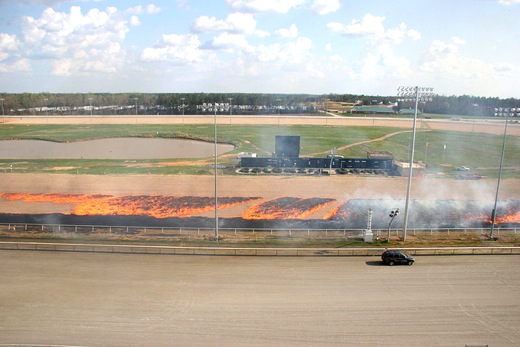 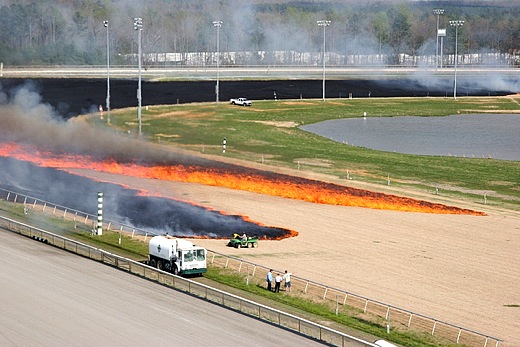 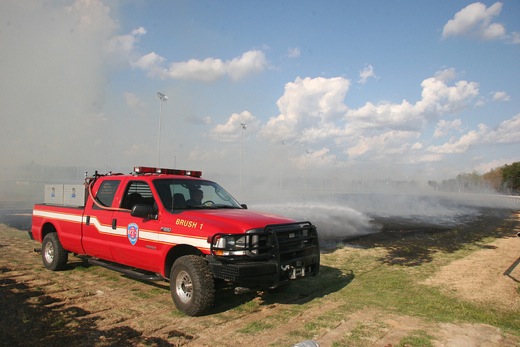 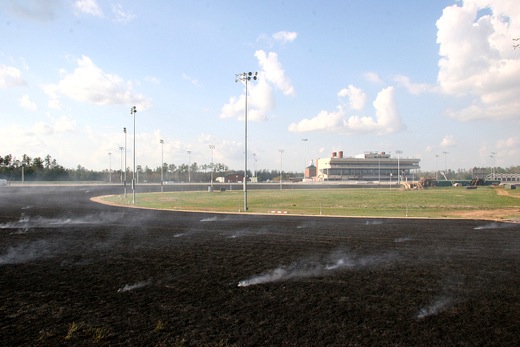