A car collision earlier this afternoon resulted one one car crashing into the entryway of Piccola’s restaurant in the Fan District, next to VCU. What, if anything, will happen to Piccola’s immediate future, and what was the extent of the damage?

At approximately 2:20pm, two cars were involved in an accident that damaged the entryway of Piccola’s restaurant. The accident occurred on the 1100 block of W. Main St., across the street from VCU’s Harris Hall building, where Main and Harrison streets intersect. 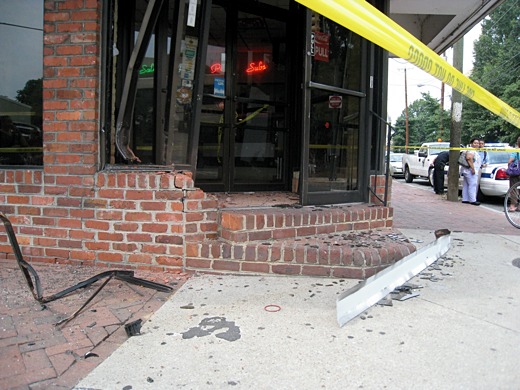 The investigating officer indicated that the offending vehicle, driving north, ran a red light, causing the oncoming traffic to veer. Both vehicles involved, one a black, two-door Chevy Cavalier, and the other a black Chevy truck, were towed away at around 3:20pm. No one was injured and there is no suspicion of either driver operating their vehicle while under the influence.

A city building inspector was on-site to assess the damage to the restaurant, a popular spot among VCU students. The inspector intimated that the restaurant’s structure was not severely damaged, and that only one of the entryway’s two doors was rendered inoperable. As such, the restaurant has been approved to open later today using the remaining working door after the existing debris had been removed. 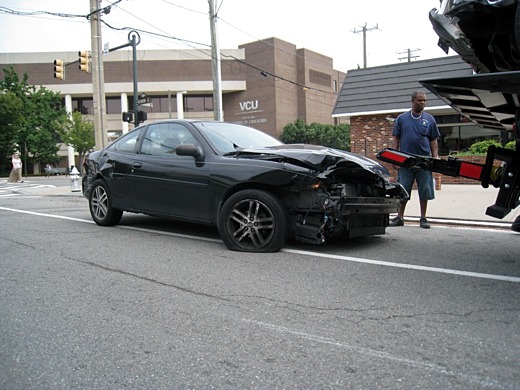 This is one of five accidents that occurred while the investigating officer, who asked to remain nameless, had been on the scene.

“Some reason today it’s an abundance of crashes,” he said.