On Monday, the Richmond School Board voted 5-4 to move forward with a plan for elementary school rezoning and school closings. The Richmond School Board voted 5-4 to move forward with a plan for elementary school rezoning and school closings. The closings were first agreed upon in February as part of a means of closing a deficit of almost $12 million.

Under the new plan, Clark Springs Elementary School, the building housing the Adult Career Development Center (ACDC), and the old Norrell Elementary building (currently hosting a somewhat controversial pre-k program) will be shuttered. The Clark Springs students will be rezoned to a few different elementary schools, with John B. Cary Elementary receiving the majority of them. The ACDC students may end up at the Tech Center, and the pre-k students will move to Mary Scott until the new MLK building is finished. 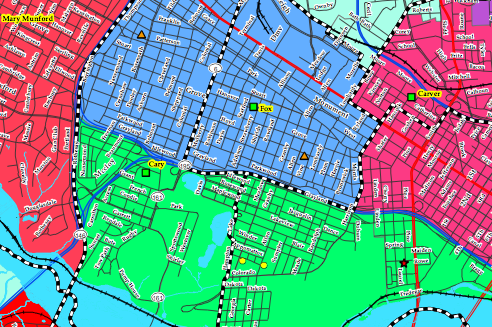 While Cary receives students from Clark Springs, the Museum District will be rezoned from Cary Elementary to Fox Elementary. The rezoning will also change the draw zones for elementary schools in the East End and the Southside. Under this rezoning plan (Plan C), Westover Hills Elementary School will become more of a neighborhood school for the area around Forest Hill Park; schools further south will also be impacted.

This was the 2nd of two public hearings scheduled on the proposal. More than 200 people crowded City Council chambers for the hearing, with more than 40 initially lining up to speak. The entirety of the speakers were in opposition to the proposal, including Kimberly Jones (President, Clark Springs PTA) who threatened Jeff Bourne and Derik Jones with a recall. Speakers voiced concerns that the changes would make Richmond’s schools less racially and economically integrated and would be too disruptive. A crowd of maybe 130 people turned out last week for the first meeting at Thomas Jefferson High School.

This is not about a million dollars, this is something else…I’m not going to sit here and pretend that there is not an elephant in the roomShonda Harris-Muhammed (6th District)

Mamie Taylor (5th District) kicked off the discussion by proposing a motion to remove Clark Springs from the closure list and to delay any closures until 2014-2015 school year. The amendment failed 5-4.

The following discussion was both emotional and technical, delving into the specific cost savings per location and the difference between location and setting with regards to students receiving exceptional education services.

Voting in favor of the plan were Glen Sturtevant (1st), Kimberly Gray (2nd), Jeffrey Bourne (3rd), Kristen Larson (4th), and Derik Jones (8th). Mamie Taylor (5th), Donald Coleman (7th), Shonda Harris-Muhammed (6th), Tichi Pinkney Eppes (9th) voted against the proposal. Ms.Harris-Muhammed emotionally expressed her support for all of the people who had shown up to speak tonight, while Mr.Coleman made an appeal to unity and history in opposing the motion.

The Board then unanimously approved the rezoning Plan C after amendments by Larson and Pinkney-Eppes. The School Board approved an amendment by a 5-3 (Pinkney-Eppes abstaining) by swing vote Kristen Larson (4th) to amend the zoning in ways that would alleviate some concerns about the diversity of the new zones. Her change moves some students from Carver Elementary to Fox Elementary, keeps the area south of Cary Street in the Cary draw zone, and responded to parental concerns about moving students at elementary schools in Southside. The Board approved an amendment by Ms. Pinkney-Eppes on a 5-4 vote concerning the movement of students at Miles Jones, Redd, Fisher, and Southhampton Elementary Schools.

Before voting on the closing and rezoning, the Board voted to market and then declare as surplus the school district’s warehouse on Arlington Road. The property has been potentially valued at somewhere between $1.4 million to $9 million. The Board also voted to request that the City market other properties that have been previously declared as surplus, the sale of which would generated funds for the school system. 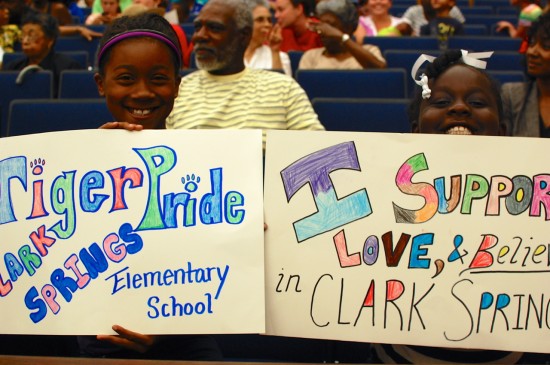 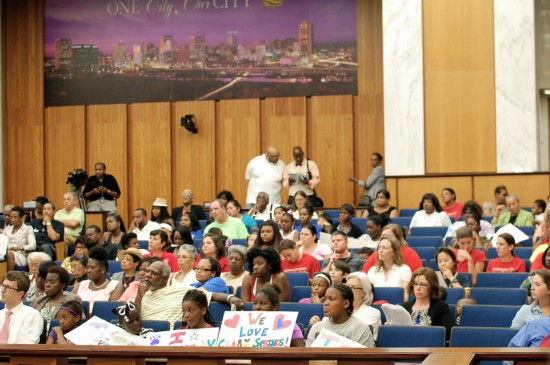 Below is video of the complete public response period (with a few speakers lost between PART 1 and PART 2), as well as the School Board’s discussion of surplusing the Arlington Road warehouse, and the school closings and rezoning.

MS.HARRIS-MUHAMMED OPPOSING THE CLOSURE OF SCHOOLS

MR.COLEMAN OPPOSING THE CLOSURE OF SCHOOLS