Style Weekly dines at The Broadberry

Have bacon with your bands.

When going out for music most folks hit one place for food and then the musical venue. The Broadberry (2729 W BROAD Street) gives you some viable options if you didn’t make that pre-show stop or if you suddenly feel the need to combat the prodigious amount of alcohol you’ve poured down your gullet.

Style Weekly has review and the menu is below.

If you’re not quite ready to give up meat, swap out the dirty rice mixture for the fries as a side with the grilled cheeseburger ($9.99), a sturdy, flavorful patty, although mine arrived on dry, grilled white bread and not the advertised Texas toast, hopefully a one-time emergency substitution. The veggie bowl ingredients also provide the bed for zesty teriyaki chicken skewers ($9.99), one of the few lighter options on a menu that caters to soaking up alcohol, a good thing on nights where there’s a three-band bill.

Service remains a work in progress. It’s a very long bar and not always staffed as fully as it could be. On two early evening visits hours before show time, one bartender is responsible for everyone so even being greeted is excessive. But on a third visit during a show, it is better staffed, more attentive and food is timely. 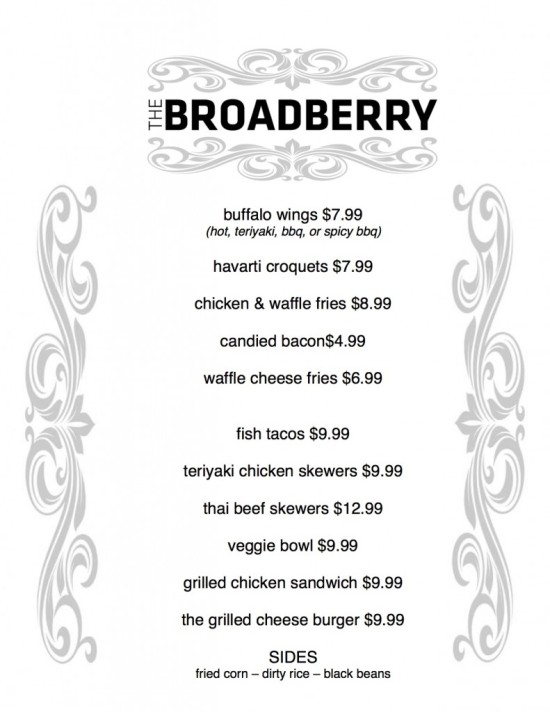