The second satellite round of the wing eating, to qualify for the big show on Sunday, is this Thursday, October 15th at Buffalo Wild Wings – Cary Street. We’ll have more than 20 local restaurants including Mama J’s, Buffalo Wild Wings, Alamo BBQ, En Su Boca, The Grapevine, On The Rox, and Shockoe Whiskey and Wine. Just to name a few!

3:00pm- 17th Street Farmers’ Market favorite Dance Candy will be taking the stage until 5:00pm to finish out the party!
Event Competitions

People’s Choice Award- Event attendees will have the opportunity to cast ballots for their favorite wing of the festival. Last year, On The Rox claimed the title and is looking to defend it!

RVA Wing King Competitio presented by Buffalo Wild Wings- Think you have what it takes to be the next RVA Wing King? Join us at Buffalo Wild Wings in Shockoe Bottom for the preliminary wing eating satellite rounds on October 8th and 15th. Participants will have 10 minutes to consume as many wings at possible. The top four competitors from each round will advance to become one of the finalists at the Kickin’ Chicken WingFest on October 18th at the 17th Street Farmers’ Market.

The Kickin’ Chicken WingFest is FREE and open to the public. Food and beverages will be available for purchase.

I know it’s heresy but chicken wings don’t really thrill me all that much but a brand new beer, now that I can get behind.

The brewers from Center of the Universe Brewing have been working tirelessly to develop an exclusive beer for the Kickin’ Chicken WingFest on October 18th at the 17th Street Farmers’ Market. The Southern Berry Blonde (4.5% ABV) is a hybrid German-style blonde ale infused with a berry blend tea. This beer will tickle your tastebuds and quench your thirst after a spicy plate of wings. You will not want to miss the ONLY opportunity to try this delicious craft beer! ‪ 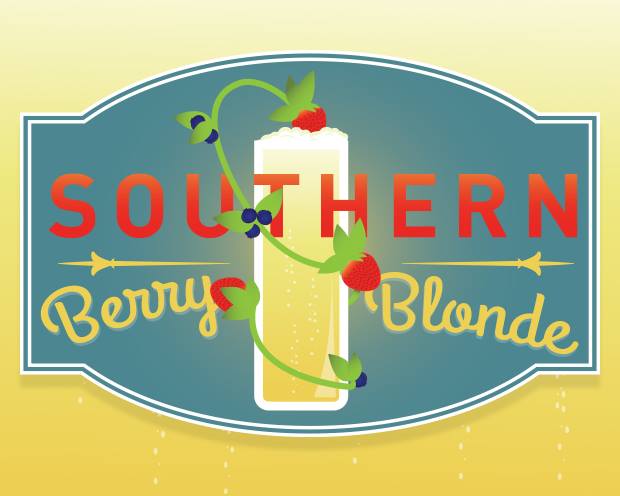