The beers and the space are outstanding. A great addition to Scott’s addition and the Richmond beer scene. Last night I was able to get a sneak peek at Richmond’s newest brewery, Ardent Craft Ales.

The brewery, taproom and beer garden will open to the public on Friday, June 13th but the consensus of everyone I talked to sampling the beer and space is that Ardent is ready for prime time. The taproom is spacious and inviting but I predict that the outdoor beer garden will be the happening spot when it’s not Virginia face melting hot. 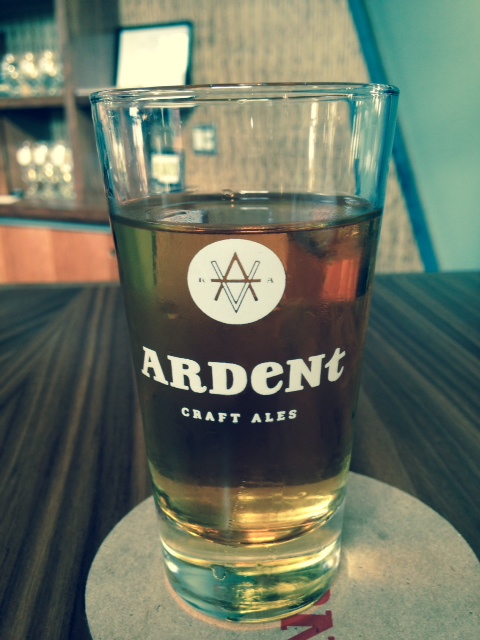 In my party we were split on our favorites. I liked the Saison which just screamed to me sitting on the deck summer beer and my companion favored the limited release Honey Ginger. The Honey Ginger after that first little shock to the taste buds settles into a nice smooth experience. The IPA, which was everything that an IPA should be was also available last night and was no slouch either, the party next to us give it their “best of” rating.

Ardent participated in this weekend’s Carytown Craft Beer festival and a special beer release event this past Thursday at the Diamond. If you weren’t lucky enough to get a sample you should make a point of getting over to 3200 W. Leigh Street on Friday at 4:00 PM.