Soon more beer will be hitting the Richmond scene. 7 Hills Brewing will be serving beer out Shockoe Bottom’s old Stool Pigeon/Major Willy’s location hopefully in early March. However they’ve already landed a deal with Loveland Distributing that ensures their beers will be seen in local restaurants.

“This marriage seemed like a natural fit,” says owner Ross Renfrow of 7 Hills. “We see eye to eye on how a Richmond-centric brand should be grown, and that common vision made this partnership an easy decision.”.”

7 Hills will begin with a limited number of beers for distribution this March. Look for styles to be announced in the coming weeks.

“There is definitely a lot of excitement around the opening of this brewery,” says Loveland’s Craft Brand Manager, Brad Straughn. “We are looking forward to introducing the Richmond market to the high quality beer offerings of 7 Hills.”
7 Hills will be the fifth Virginia brand in the Loveland Portfolio, and the first brand located within the city of Richmond.

“We are thrilled to represent another great entry into the thriving craft beer scene. We believe that 7 Hills will be a premiere brand in Richmond’s craft beer lineup” stated Mark Stepanian, 3rd generation owner of Loveland Distributing.
There will be a full week of events to launch the brand in the market. 7 Hills will open with draft only distribution in the area, but has plans to launch cans at a later date. 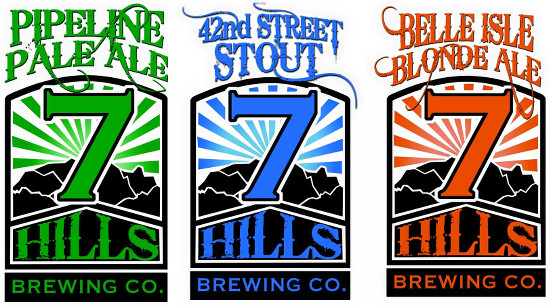