What we took away from the 2015 French Film Festival

We did as much movie marathoning as possible this past weekend at the 23rd annual French Film Festival, and we discovered many things. Also we have turned into moles who cringe away from sunlight. We’ve dabbled here and there in French Film Festival culture, which is firmly entrenched with die-hard goers who bring their own cushions and camp out in seats.1 We got in somewhere between six and seven films, most of which we liked with our brains or loved with our hearts (a legit distinction!). And a few of them we both brain-liked and heart-loved!

Before we present our thoughts on each film (which may get more insane as the vitamin D in our bodies decreased with each viewing), here are our biggest and smallest festival takeaways. 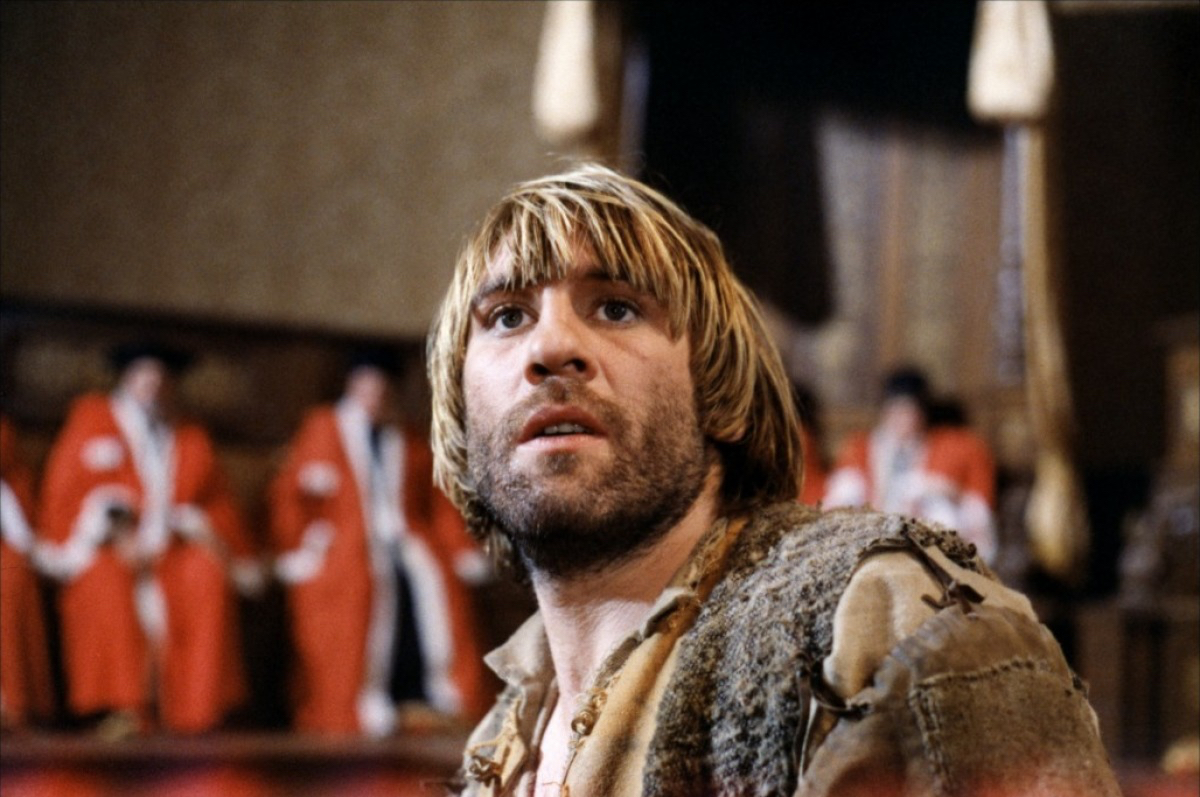 It’s Gérard Depardieu–back when he was young, handsome, and chinly–in a telling of a historical, like from the 16th century, case of identity theft. Martin Guerre was a real French dude that you can read about on Wikipedia, and you might remember his story from Sommersby, the 1993 film starring Richard Gere and Jodie Foster.

Weird, awkward Martin marries Bertrande and can’t seem to get her knocked up–which is the entire point of marriage in the 1500s (and for several centuries after). After eventual success, Martin disappears for many moons, but one day reappears much to the entire village’s delight. But soon, folks start to wonder if New Martin is really the same guy as Old Martin and things get awkward. Daaaaaaamn!

Depardieu and his leading lady Nathalie Baye have some adorable chemistry, and, since I hadn’t heard about this story before, the ending was très suspenseful. 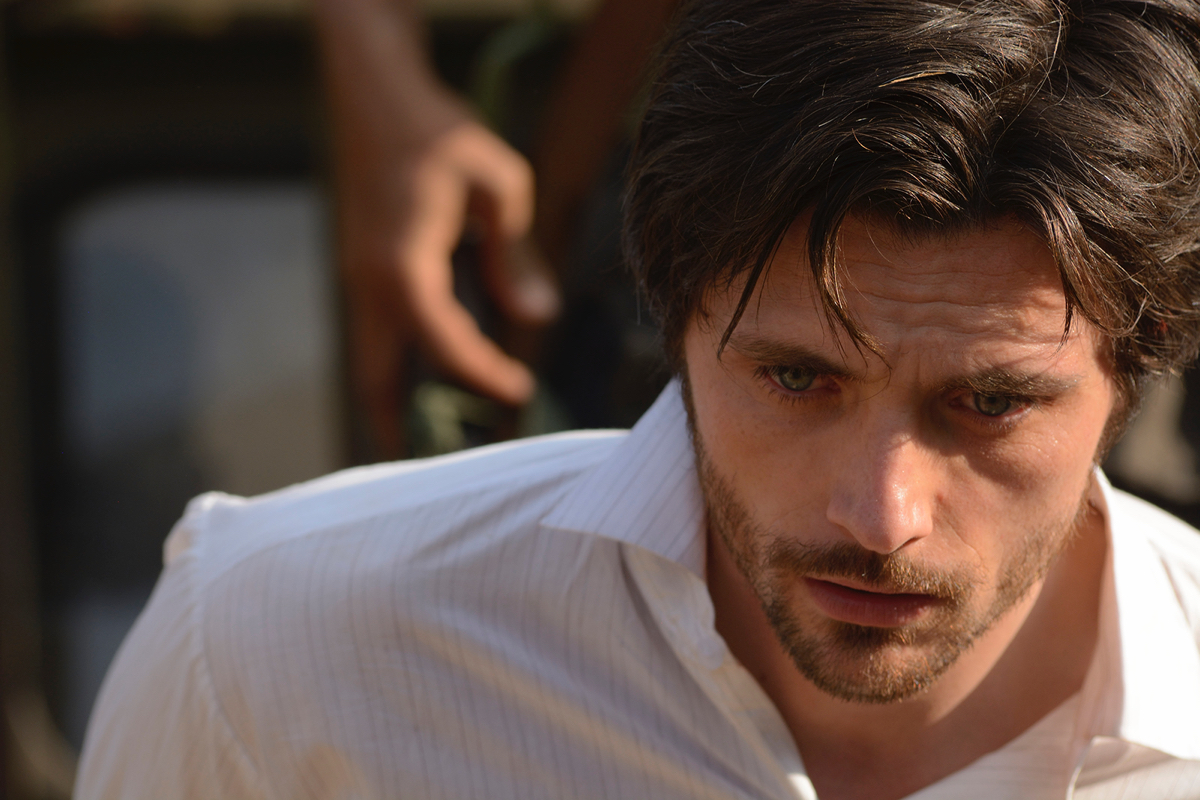 Well, you guys, turns out I know absolutely nothing about the Khmer Rouge and Cambodia. Luckily, French cinema is here to teach me things and fill in the embarrassing gaps in my knowledge of world history. This is the true story2 about a French academic, François Bizot, captured and tortured by the Khmer Rouge. If this all sounds vaguely familiar, it’s because Bizot’s captor, Commrade Duch, was just found and sentenced to life in prison back in 2010.

The film’s subject matter is certainly fascinating, and has already lost me several hours of my life to various Wikipedia pages. But at many points I thought it could have said things in a stronger way. Commrade Duch is a man responsible for the deaths of tens of thousands of Cambodians, but at the same times feels like a guy you might grab a beer with after work. You never get a strong sense of his harsh duality, and when he eventually is convicted it’s hard to buy Bizot’s emotional response.

Let us celebrate a movie that passes the spirit of the Bechdel Test!

Parisiennes is the story of a Japanese author (Kyoko Murakai) off to Paris to find the subject of her next book. Along the way she encounters women that all have interesting and three-dimensional lives, each worthy of a story–just like most of the women in your life, I’d imagine. Sure there are men involved but–in a gender turnabout–mostly just as means to further Kyoko’s story.

I didn’t feel blown away after the credits rolled on this film, but it’s definitely the one film I’m still thinking about. 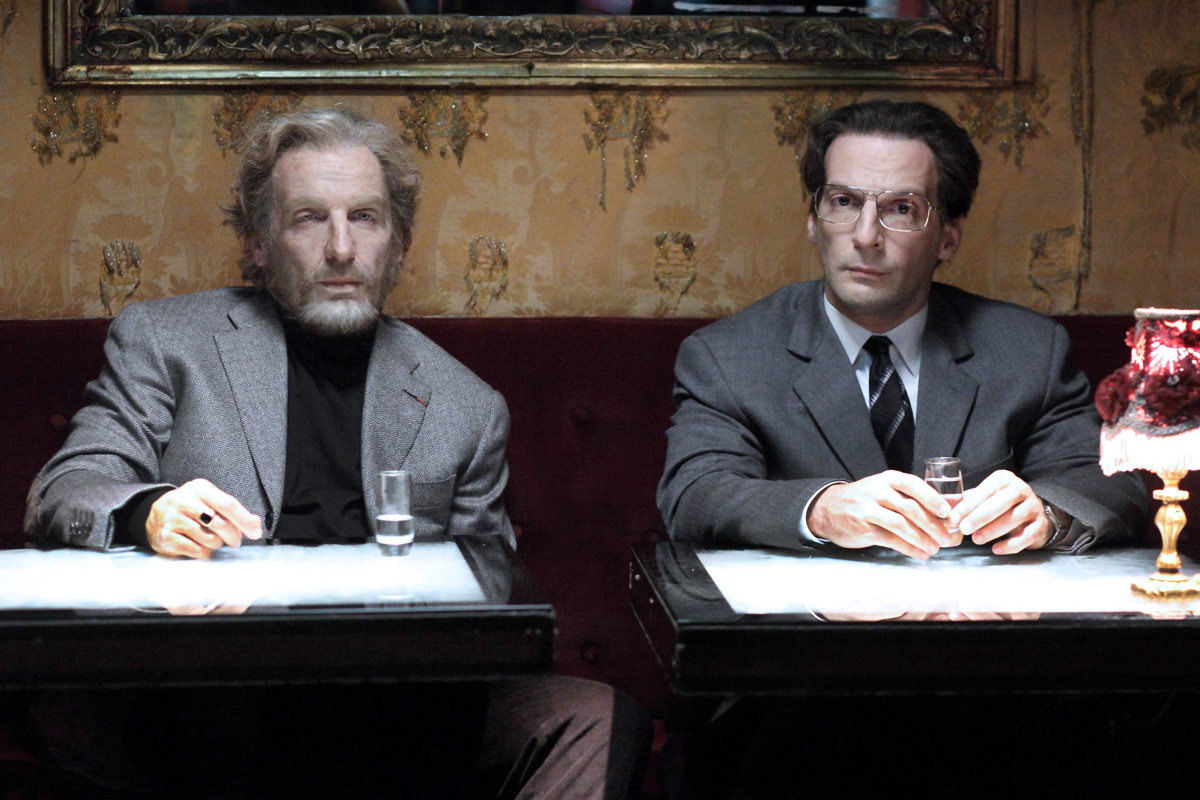 This movie is so close to being in my favorite genre of films: the Cross-Dressing Comedy. But alas, it’s just a…Dressing Drama, I guess. Sébastien Nicolas is a super boring dude with basically no remarkable characteristics–other than his predilection for creating near-perfect costumes of people he meets and becoming their secret doppelgänger. He’s compelled to do this, and even though he wants to stop, he cannot. Eventually, his doppelgänging gets out of hand and Nicolas has to decide just how far he’s willing to go to be someone else.

The writer of the film said afterwards that it wasn’t intentional, but that the movie can be read as a story about transgender people and the challenges they can face when deciding to become an entirely new person. Wait a second, maybe this is the movie I can’t stop thinking about! 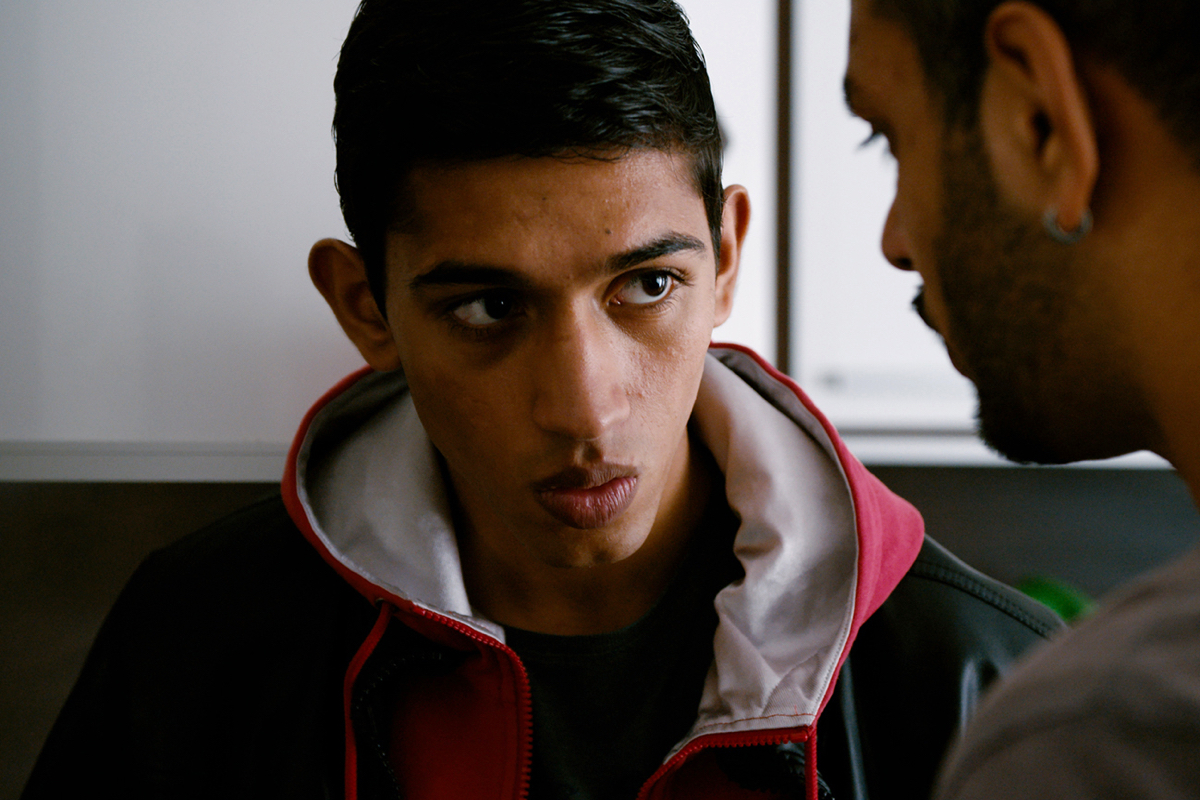 My favorite part of watching a foreign film is the feeling I get when experiencing something other folks just take for granted as part of the fabric of their culture. It’s great seeing things that these films don’t need to explain to their native audiences, but things that I’ve really got to think about to understand.

Bébé Tigre is about illegal immigration3 of teenagers into France. Many, played by Harmandeep Palminder (who was in attendance at the festival, just hanging out in Richmond), arrives in France at the age of 15 and as he begins to build a life in France must figure out how to balance school, love, and supporting his family back home in India with under-the-table and less-than-legal work.

Palminder does an incredible job at playing a shy, talented, and incredibly anxious teenager trying to keep his world from spinning apart. 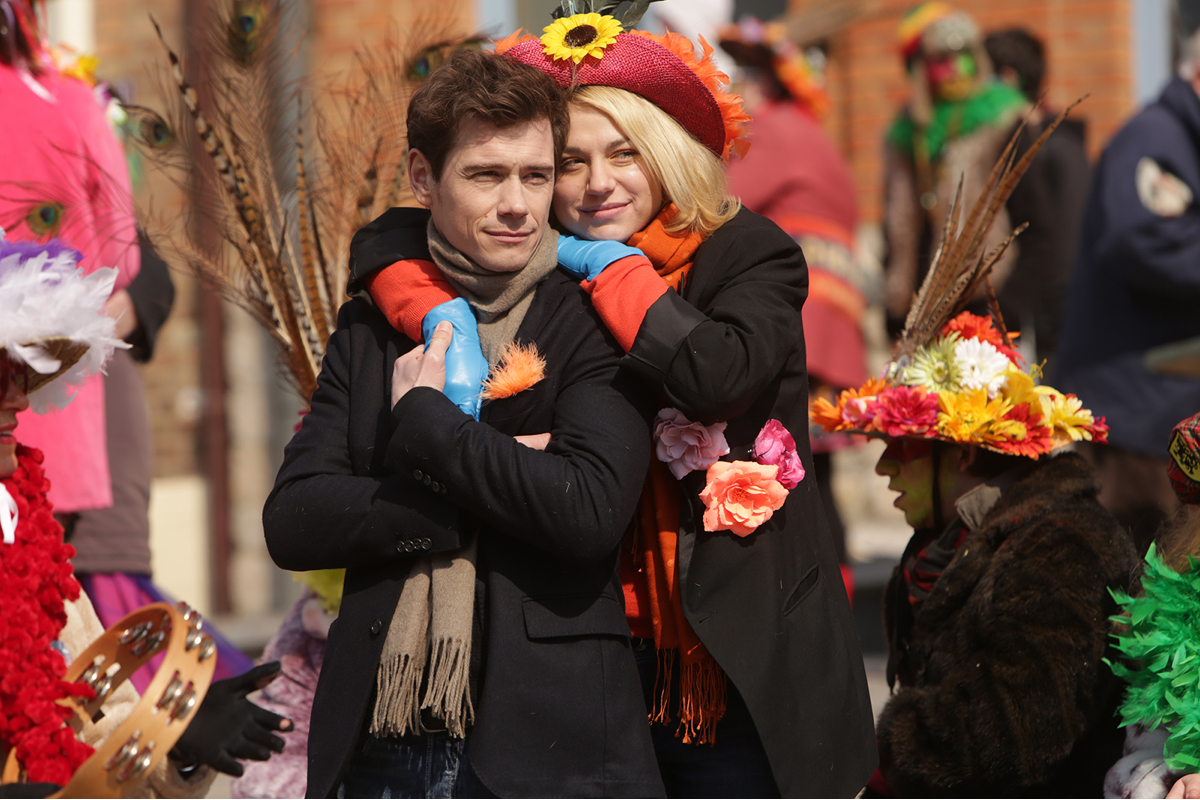 The movie that’s on the 2015 French Film Festival poster!

I…can’t figure out how I feel about this film. Clément, a fancypants Parisian academic, and Jennifer, an adorable yet thoroughly provincial hair stylist, couldn’t be less alike. You’ve seen it all before when you watched Pretty Woman (no call girls in this one, though). So by the middle of the film, the characters started to seem so cliched–Clément so straight-laced, Jennifer so bubbly. But then, the second half of the film happened, and now I just don’t know what to think. Maybe I just think you should see it for yourself?

My favorite part of the entire weekend was Saturday night’s special screening of rare, old films (most of them from the 19th century) accompanied by Bob Gulledge on the Mighty Wurlitzer. It was like sitting down in a cramped and uncomfortable time machine and traveling back 100 years. People were much smaller then, but probably had way more fun.

Featured were lots of shots of horse-drawn carriages zooming around with a total disregard for the concept of right-of-way and a film by Georges Méliès. If you’re like me, you may know Méliès as “the guy who made the movie where the rocket crashes into the moon’s eye,” or if you’re like Susan you might know him as “Scoff! You mean ‘The Father of Cinema’?!” I’m amazed at people who 1) basically invented movies, and 2) made films that are still funny over 100 years later! This is amazing! Be amazed by it!

The Byrd is such a treasure and I feel like a total dummy for not giving them all of my money previously.

Speaking of! A French guy made a short film about the Byrd! They love us and our movie palaces over there!