TIP! You don’t drive in the bike lane! A while back, Brookland Parkway got one of the city’s only buffered bike lanes. This was fantastic news for both cyclist and driver alike as it gave everyone a little more space to exist without fatally impaling one another. Unfortunately, or maybe a bit too fortunately, the bike lane part of the buffered bike lane is massive. Like so massive that people who weren’t paying a lot of attention might feel compelled to drive their cars in the bike lane. Compounding the issue is the space designated for parking, which also looks like a bike lane. And, if we’re being honest, the signage isn’t super clear either. See: 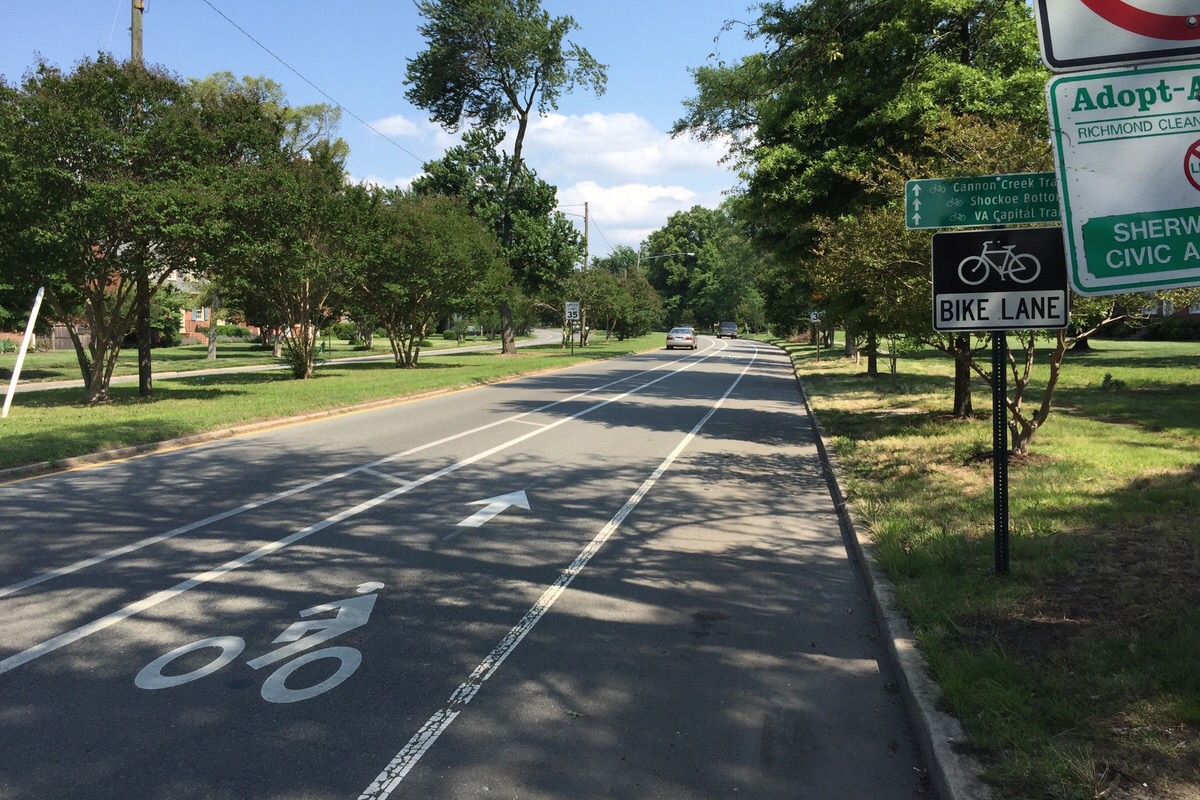 Let me step you through it, from left to right: Driving lane, buffer, bike lane, parking. Make sense? So don’t drive in the bike lane, don’t bike in the driving lane, and neither drive nor bike in the parking lane. And never, EVER–no matter what you’re driving or riding, and no matter how much you desperately want to experience the forbidden fruits–enter the buffer. If you enter the buffer, they will know. They’ll just…know.