Arrest made in McRand Street shooting

Dominique Clark, 34, has been arrested in connection with the shooting of Robert Lee Fox, 16. 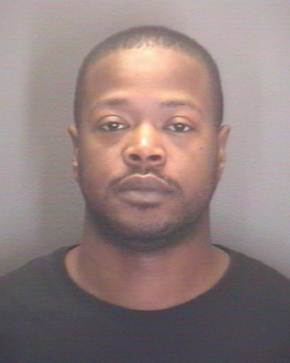 In response to an indictment handed down today by a grand jury meeting in Richmond, the Richmond Police Department has arrested a man involved in a fatal shooting in February on the city’s south side.

Dominique Clark, 34, of the 3600 block of McRand Street has been charged with voluntary manslaughter for the shooting death of Robert Lee Fox on February 25. Clark met with detectives this afternoon at police headquarters at which time he was served the arrest warrant. He will be arraigned tomorrow.

At about 1:30 a.m. on Tuesday, February 25, officers received a call for a person shot in an alley behind the 3600 block of McRand Avenue. They found Fox, 16, of the 7100 block of Caitlin Ave., Mechanicsville, lying in the alleyway. He was transported to VCU Medical Center for treatment of his wound. He died that afternoon of a single gunshot wound.

Fox, of Hanover County, was shot around 1:30 a.m. on Feb. 25 on the 3600 block of McRand Street in Richmond. He was taken to the hospital, where he succumbed to his injuries later that afternoon. According to Fox’s relatives, the teen was shot in the back of the head.

Herring says the shooter has not yet been arrested.

Sources tell ABC 8 News that Fox may have been breaking into cars with friends near McRand Street when a car owner came outside and had a confrontation with Fox before shooting him. Investigators are now trying to determine whether Fox was shot in self-defense or defense of property.

“By slow, I mean we are going to take our time and talk to as many people as we can,” Herring said. “We are going to examine the scene, recreate what we can.

Relatives say Fox was shot in the back of the head. Legal experts say where the teen was shot will be a big factor in the investigation.

Police have identified the victim as Police Robert Lee Fox, 16, of the 7100 block of Catlin Road in Hanover County. RTD is reporting that Richmond police took into custody and interviewed a person of interest.

Richmond Commonwealth’s Attorney Michael N. Herring said prosecutors plan to let detectives complete their investigation before presenting evidence in the case to a grand jury that will consider possibly indicting the person of interest, whose identity has not been released.

Very few details but we do have the following from Richmond Police.

Richmond Police detectives are conducting an investigation into the shooting death of a teenaged male early this morning on the city’s south side.

At about 1:30 a.m., officers received a call for a person shot in an alley behind the 3600 block of McRand Avenue. The teen was discovered lying in the alleyway. He was transported to VCU Medical Center for treatment of his wound. He was pronounced dead this afternoon (Tuesday~Ed.).

The teen’s identity is being withheld during this stage of the investigation.

The Department is working closely with the Commonwealth Attorney’s Office and the public to investigate the circumstances surrounding this fatal shooting.