Redskins vs. Eagles: Too little too late

The Redskins’ 4th quarter comeback comes up short and Washington loses to Philadelphia, 16-24. How very much I’ve tried my best to give you a good life. But in spite of all of my trying a handful of our people, with their lies, have made our lives impossible. There’s no way to detach ourselves from what’s happened today. Reverend Jim Jones; November 18, 1978

I can admit it. I drank the Redskins kool-aid. At the beginning of 2013 NFL season, I was confident that not only were the Redskins going to be contenders, they would dominate. I was sure of it.

11 weeks later, all those hopes, all of those beautiful dreams, have been snuffed out. 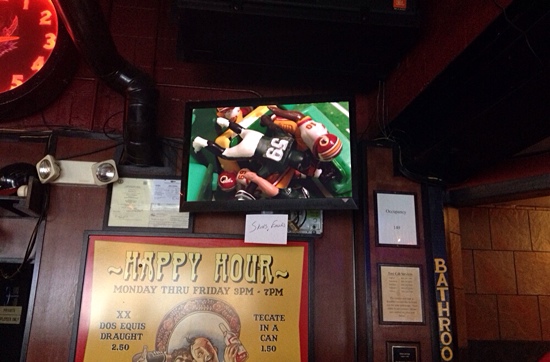 Robert Griffin is sacked for an 8-yard loss in the 2nd quarter.

“God damn it, man, can’t we make a fucking first down? What the fuck? This is total fucking bullshit. Fucking Redskins.”

Sean drank the kool-aid too. All summer long, he and I talked about how great the coming season would be. Now, as the two of us stood at the end of the bar at Banditos watching the Skins get brutalized by the Eagles for the second time this season, we made jokes about how much they suck.

“Well, the offensive line is doing a great job letting Griffin get crushed,” I offered after number 10 got driven into the dirt yet again, “They are totally awesome at it.” 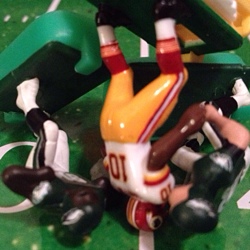 Griffin gets tackled by DeMeco Ryans after a 4-yard run. He would spend most of the Redskins’ scoreless first half on his back.

“Put In Rex Grossman!” someone yelled. It was punctuated by chants of “RG!” that quickly faded.

“That’s not such a bad idea. They should take Griffin out and save him for next year, ” Sean said turning to meet my eye for emphasis, “our season is officially fucked.”

It was hard watching the game unfold. On every play, Griffin received some sort of physical punishment.

“Jesus. How does still keep getting up?” I winced seeing him endure yet another mauling. A chorus of concerned profanities followed each hit he took. 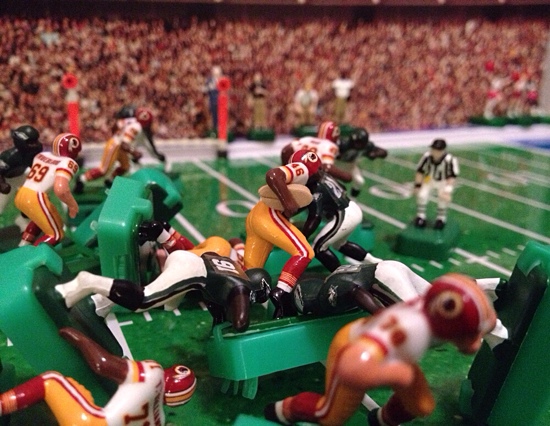 This, and every Redskins ineptitude, delighted the smattering of Eagles fans at the bar. As the first half wore on, their cheers grew louder, and the worried expletives of Washington fans were reduced to disgusted mumbles. In a season defined by nihilistic performances, this was one of the Skins’ bleakest. Griffin overthrew wide open receivers, and wide open receivers dropped balls that hit them in the hands. The defense let Philadelphia score their first touchdown on their fourth offensive play and their second touchdown within the next six. 10 plays, 14 points. That’s a ratio for success. Adding another three before the end of the half, the Eagles were up 17-0 over a Redskins team that they dominated in every facet of the game. 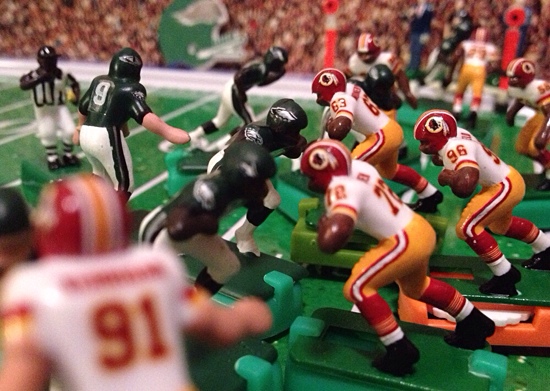 I decided to go home. My misery no longer desired company.

I stopped by Patterson Express to bring home some cookies for my daughter. The guy behind the counter was wearing a Redskins jersey and had the game on the radio. He saw my hat, and we just shook our heads.

“I’m thinking of turning it off,” he said handing me my change, “It’s just too depressing.” 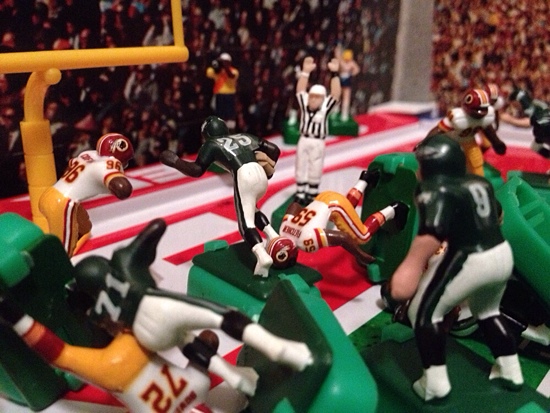 I came home to an empty house. I told myself that I wasn’t going to turn on the game, but I knew I was lying. I tuned in just in time to see LeSean McCoy run for a 1-yard touchdown.

Despite this, I continued to watch harboring some hope that the Skins would mount a comeback. I started daydreaming about how awesome it would be. My phone would start blowing up with “HTTRs” as Robert Griffin talked about the importance of team in his press conference. Yes, it was going to be good. All they had to do was score four, 4th quarter touchdowns. 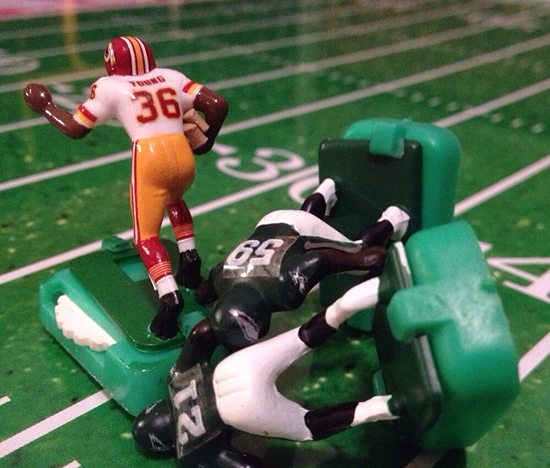 Darrell Young scores the Redskins first points of the game on a 62-yard pass from Robert Griffin early in the 4th quarter. 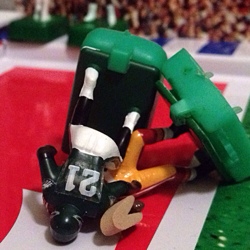 Aldrick Robinson’s 41-yard touchdown catch and following 2-point conversion by Griffin put the Skins within eight points of the Eagles with almost six minutes left in the game.

With 5:58 left in the 4th, the Eagles went three and out, and the Redskins got the ball back with plenty of time (3:26) to get the eight points they needed to save their season. Starting at their own 4-yard line, they moved the ball down the field and connected on crucial 3rd-down plays to sustain the drive. “Ah yes, please,” I thought when Griffin connected with Santana Moss for 28-yard gain on 3rd-and-25. There was hope.

And then there was none.

On 3rd-and-1 on the Eagles 19, Brandon Boykin intercepted Griffin in the end zone to end the game. The dream was over. Oh well, I thought, it was fun while it lasted. 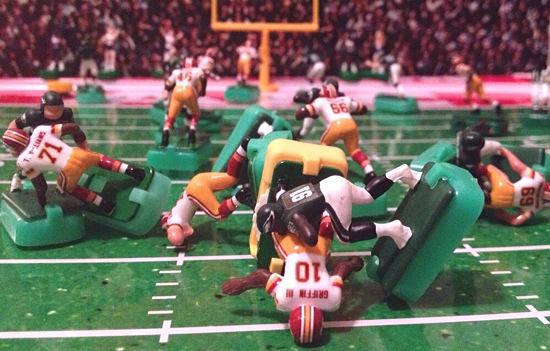 Robert Griffin is knocked to the ground as his pass is intercepted in the end zone by Brandon Boykin to end the Skins’ hope of a comeback.

While it still remains a mathematical possibility that the Redskins could make the playoffs, don’t believe the hype. At 3-7, the Skins’ season is over.  At this point, for the long-term health of the team, Shanahan should consider either putting Griffin on ice for the rest of the season or at least structure the offense to limit the amount of hits he takes. There is no need to expose him to further injury now that the season is officially over.

Looking into my crystal ball, defensive coordinator Jim Haslett and special teams coach Keith Burns are as good as gone, and defensive backs coach Raheem Morris could be fired as well. A lot of fuss will be made that Kyle Shanahan should also be shown the door, but that’s doubtful as long as his father is head coach. Next year, the Redskins will be able to shop on the free agent market once again, and they’ll have to. They have a lot of needs to address (a linebacker to replace London Fletcher, special teams, and the offensive line are their most pressing concerns) if they want to once again contend for division titles.

On the bright side, a lot of the main ingredients are already in stock. All they need now is to add the right spices, and hopefully, with a productive off-season, they will solidify into the team they want to be.