Over a decade ago, two cousins inherited an oyster operation without any experience. They now run nationally-renowned oyster farms and a new seafood restaurant downtown. If Rappahannock was a Beatles album, it would be Sgt. Pepper’s Lonely Hearts Club Band. That’s how Ryan Croxton, who co-owns the restaurant with his cousin, Travis, described it last week while sitting at its 30-seat bar.

What does he mean? Well, the popularity of Merroir–their restaurant located on the banks of the Rappahannock River in Topping, VA–is such that it makes some wish that Rappahannock was a Merroir facsimile.

It’s not unlike a successful album, say Help!: fans loved it so much, that they wanted subsequent albums to be the same. But Ryan says Rappahannock, one of several restaurants the cousins have opened, is their “most thought out expression.”

“‘Don’t get into the business because there are too many lows and not enough highs,'” Travis recalled. Nevertheless, when Travis and Ryan’s grandfather died in 2001, the cousins took over the business with neither boats nor experience.

“We didn’t know anything,” Travis said.

But they learned over the years. Their goal was simple: restore the Chesapeake’s oyster population and its reputation. They’ve done that by creating Rappahannock River Oysters. 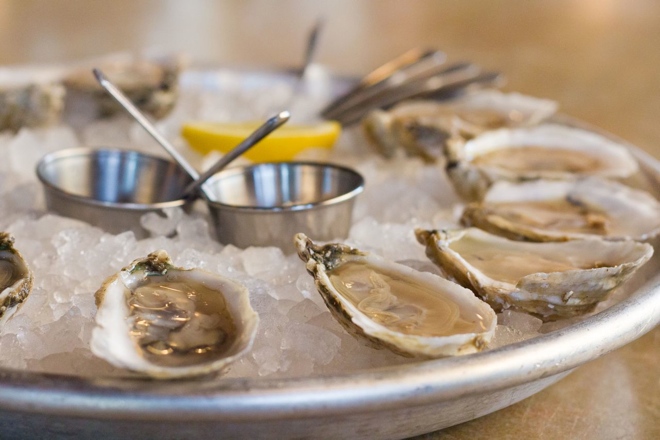 The first oyster they produced had a sweet, buttery taste to it–a delectable rarity among oysters. They followed with the Olde Salt variety and then the sweet and mildly briny Sting Ray.

They secured their first customer in the highly-rated Le Bernardin restaurant, located in New York City. In time, their oysters would be served in restaurants nationwide and as far away as Honolulu. In 2005, the Croxtons were given a Tastemaker Award by Food & Wine.

In 2011, the cousins partnered with head chef Peter Woods and opened Merroir1 to pair their oysters with craft beer and wine. What started with a handful of guests over an entire weekend became what it is today: an oyster mecca that attracts aficionados from across the mid-Atlantic.

A year later, the cousins collaborated with chef Dylan Fultineer and opened Rappahannock Oyster Bar in Washington, D.C. Just months after it opened, it was praised in The Wall Street Journal.2

While preparing the D.C. restaurant, the Croxtons took over the downtown space previously inhabited by Louisiana Flair, as well as an adjacent salon, and renovated it into the 99-seat Rappahannock.

“This was not at all what we imagined,” Ryan said, glancing around the restaurant. But the floor-to-ceiling windows overlooking the fledgling Grace Street Corridor–an area each Croxton remembers from childhood visits with Santa at Thalhimer’s and Miller Rhodes–was too good to pass up.

But while they’ve built their previous businesses around their oysters, the tasty mollusks don’t take center stage at Rappahannock. “It is not the focal point of this place,” Ryan said. “Chef Dylan [Fultineer] and seafood is.”

“This is Dylan’s canvas,” Ryan said. “He wows us constantly.” 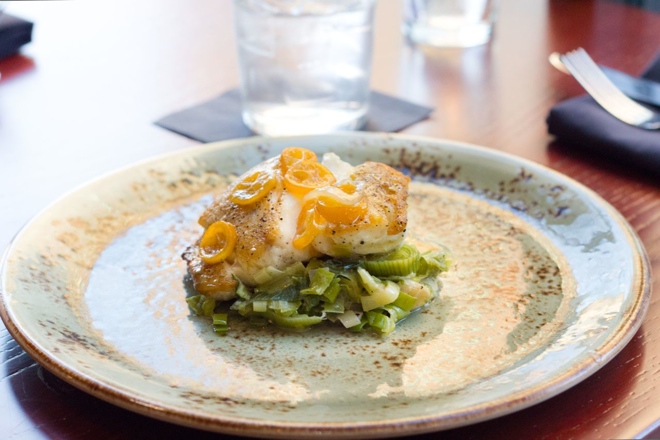 While a few have needed time to warm up to the fact that Rappahannock is more than an oyster bar, owners say the response has been great.

“We couldn’t be anything more than awe-inspired,” Ryan said. “It’s definitely been a humbling experience.”

Despite the success of not one, but two recent restaurants, the cousins have no plans to open additional restaurants anytime soon. Instead, they’ll focus their efforts this year on building and expanding their oyster farms. And just as they inherited their business from family, the cousins hope to pass it along to theirs.

“We don’t want to create anything that our kids won’t run,” Ryan said. “This is a family business. It always has been.”