PHOTOS: Whisk to bring French-inspired baked goods with a side of community to Shockoe Bottom Shockoe Bottom residents will soon have a new option for baked goods, pastries, coffee, and sandwiches. Out of the ashes (or leftover coffee grounds?) of Globehopper has risen Whisk, a new bakery in the very capable hands of classically-trained pastry chef Morgan Botwinick, who decided it was time to open her own spot after a few stints around town.

“When I graduated from UVA, I was trying to figure out what I wanted to do next,” Botwinick said. “I always loved to bake and cook, so I decided to go to culinary school.”

She then enrolled in the French Culinary Institute-now known as the International Culinary Center-in New York, going on to graduate second in her class.

Following graduation, she developed a loyal following selling her pastries around town at the St. Stephen’s Farmers market, Monument Market, Stony Point’s Anthropologie Local Pop-Up Market last summer, and most recently at TEDxRVA. She also taught a series of classes at Southern Season, including sessions on crepes, croissants, and puff pastry.

Botwinick then interned and worked at Tribeca Treats before staging at Bouchon Bakery in Manhattan. Locally, Botwinick worked as Assistant Pastry Chef at The Jefferson for about a year before starting her own business.

It wasn’t until this year that she decided it was time to strike out on her own. “This year was the year I really decided I wanted to open a place, so in January I started looking for spaces,” Botwinick said.

“I was looking for space in the Fan, but neither space worked out.” She then scouted a couple locations in Shockoe Bottom her Realtor had recommended. “They had just put the for lease sign in the window [of Globehopper, when she began looking], and we were like, ‘This is a great corner.'”

In order to raise funds for her new space, Botwinick launched a Kickstarter campaign, which blew past its initial goal, raising a total of just under $7,000.

Botwinick says her pastries are inspired by classic French technique, with a uniquely American twist, as evidenced by the flavor combinations of her savory (cheddar bacon, goat cheese and sun-dried tomato) and sweet (pumpkin spice and ginger bread–current seasonal selection) offerings.

During the holidays, Whisk will take orders for small and large parties, and plans to offer Buche de Noel–sometimes better known as yule log cakes.

The shop will also offer eclairs, cookies, muffins, and a selection of sandwiches upon opening. Lamplighter Roasting Company will be the shop’s coffee provider, at least from the get-go.

“I want Whisk to be a place where friends can meet for coffee and a croissant on Saturday morning; where you can grab a gourmet sandwich to go, or sit down and enjoy a leisurely lunch with a glass of sweet tea,” Botwinick said. “We encourage our neighborhors to park themselves at a corner table and take advantage of our free WiFi, or meet after work for a glass of wine and some delicious cheesy gougeres. In time, we hope to become a neighborhood institution, an extension of peoples’ homes.” 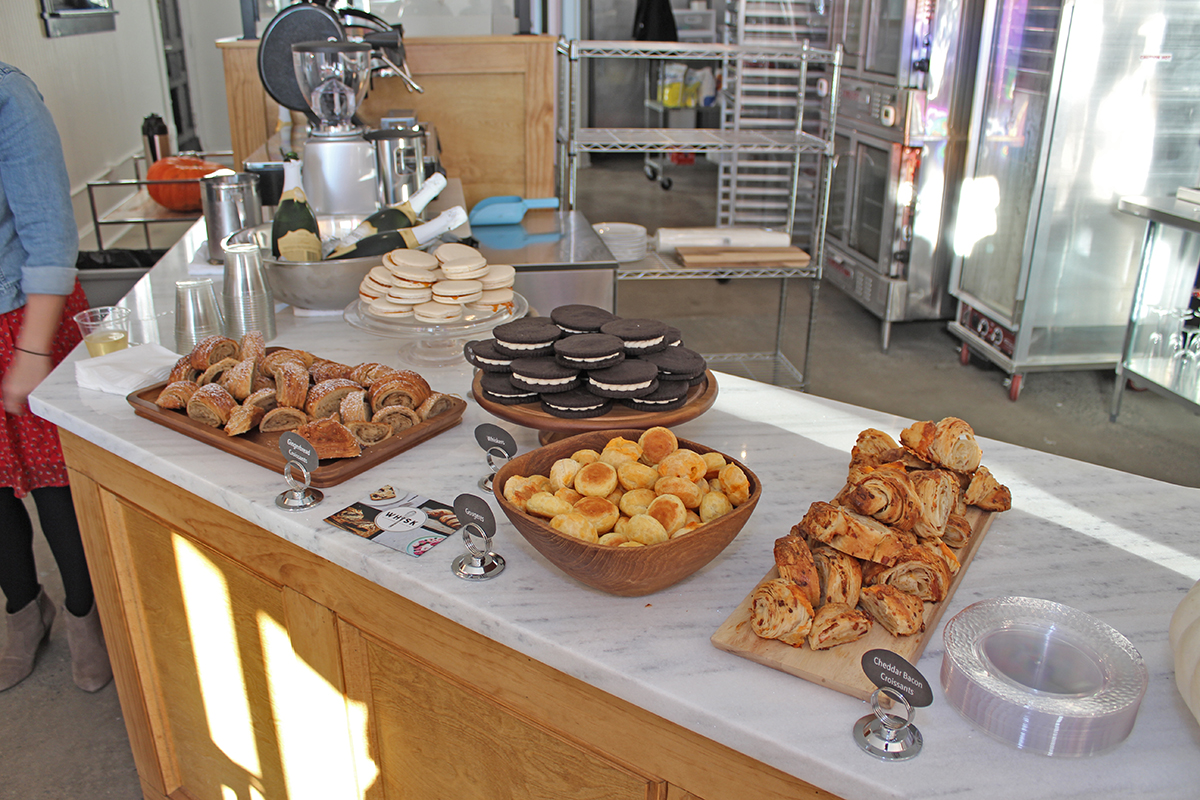 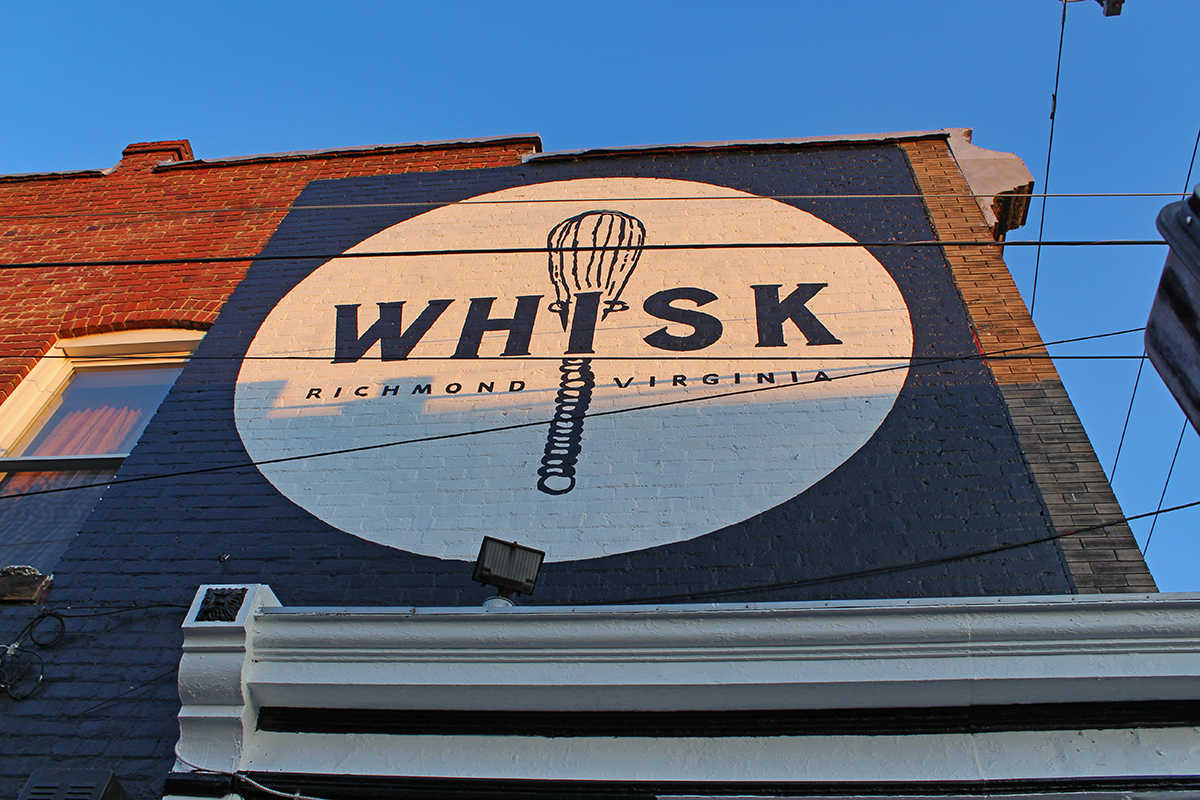 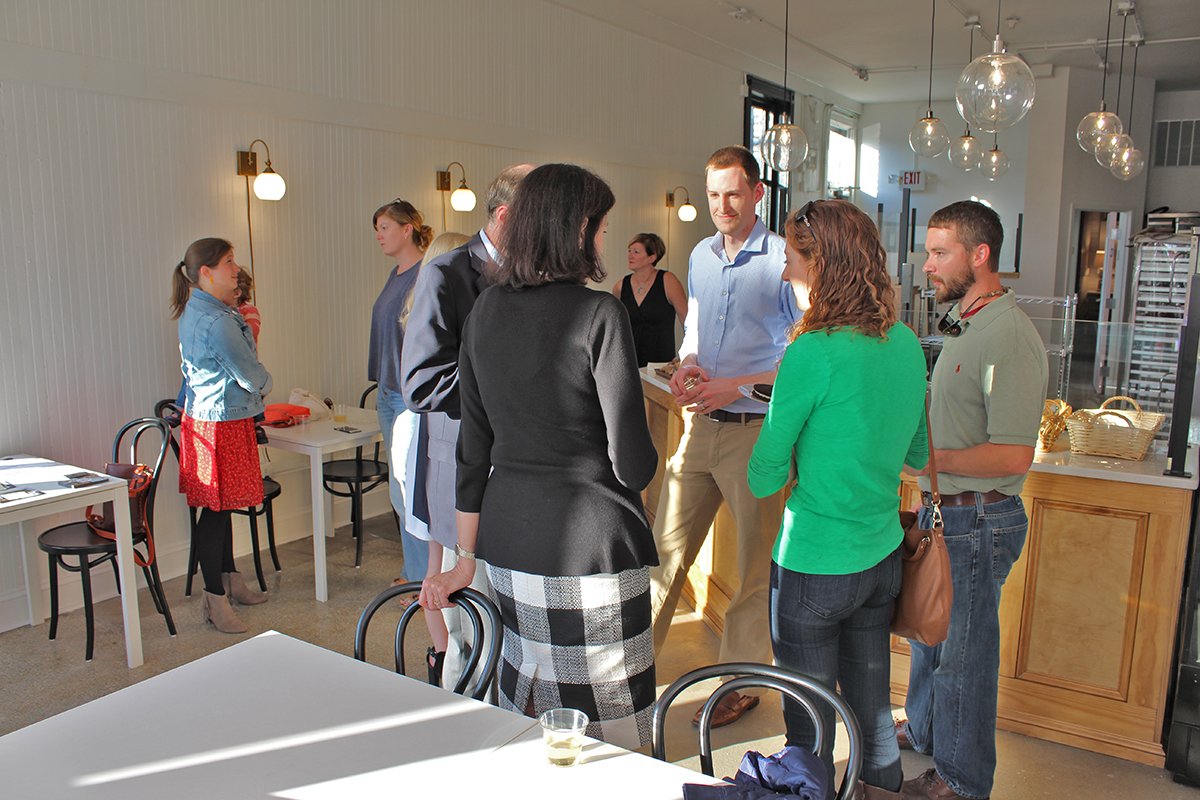 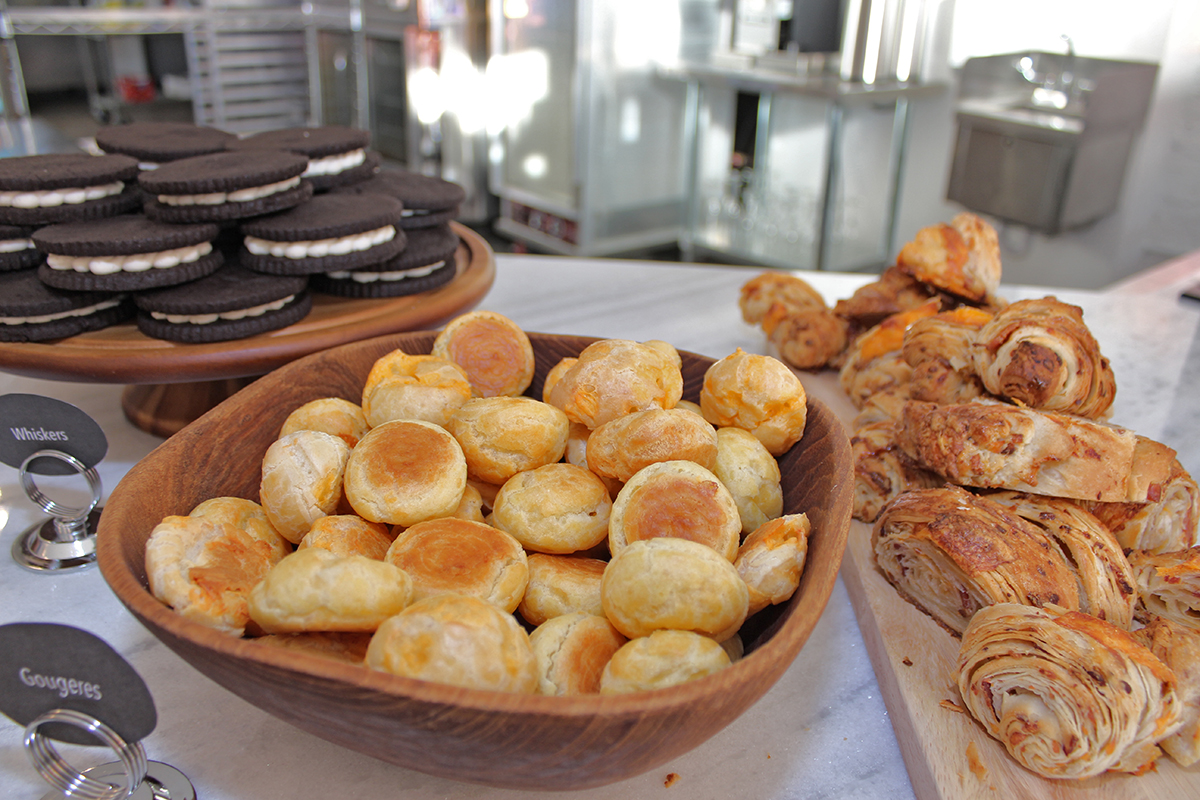 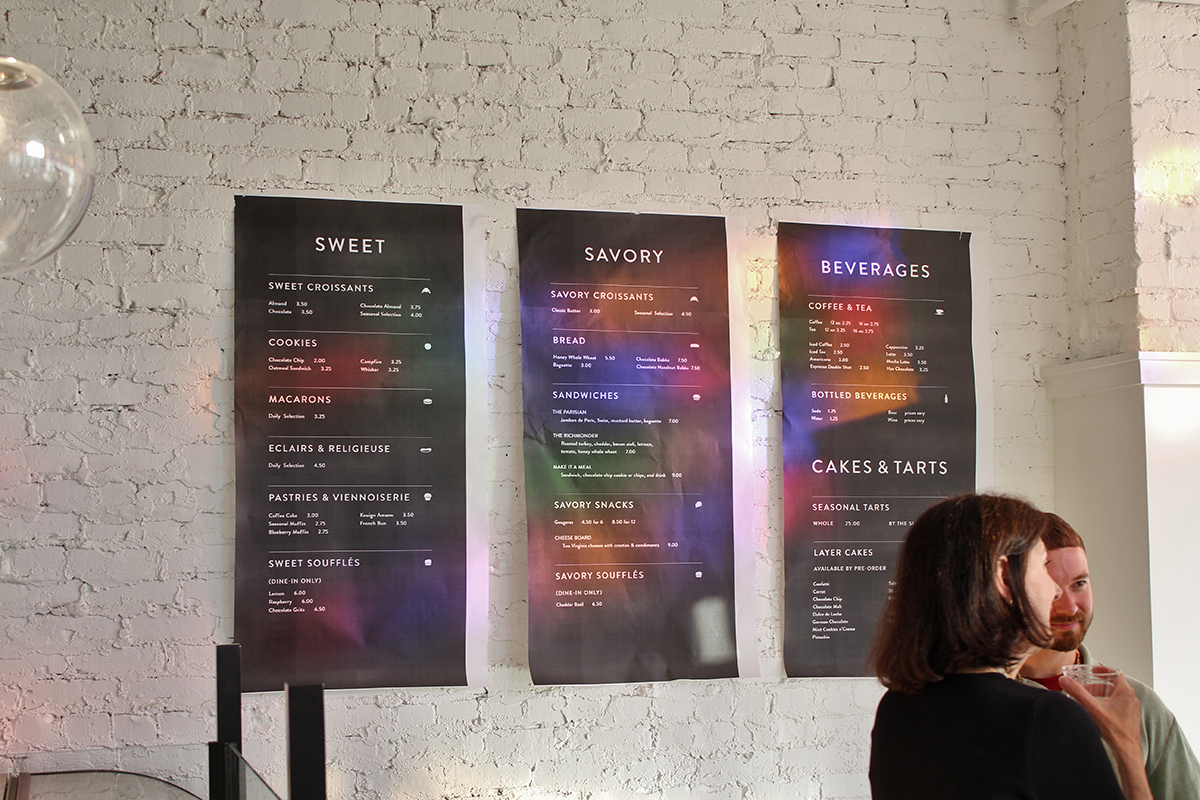 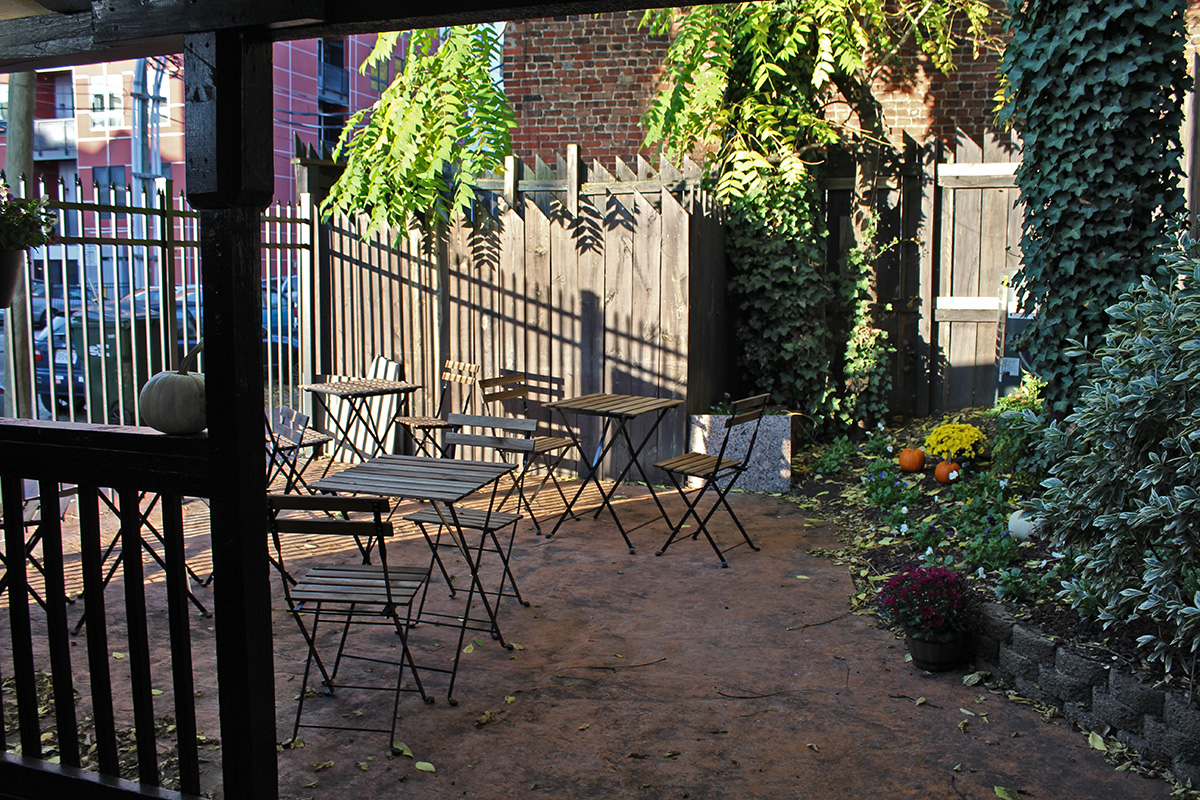 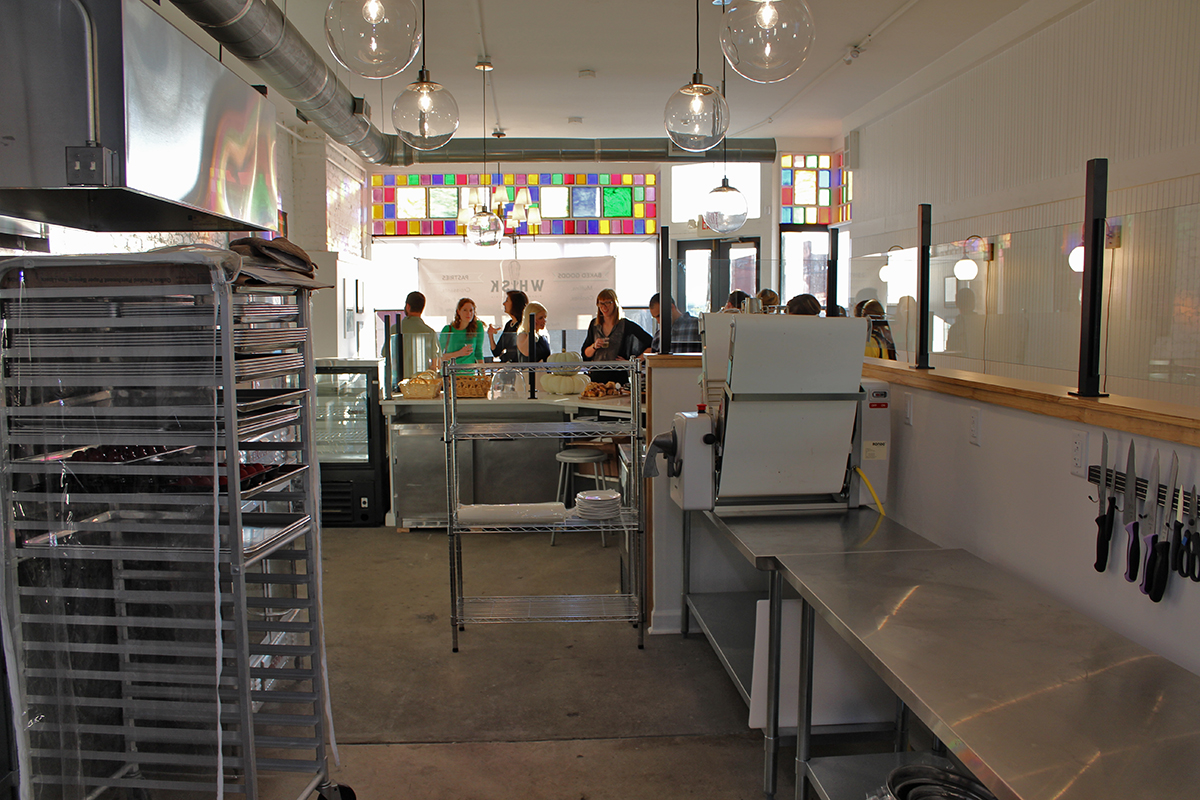