This year, the stars have aligned to create an epic holiday mash-up that only happens once in a lifetime: Thanksgiving and the first night of Hanukkah TOGETHER on one crazy, poultry-and-carb-laden thrill ride. This year, the stars have aligned to create an epic holiday mash-up that only happens once in a lifetime: Thanksgiving and the first night of Hanukkah TOGETHER on one crazy, poultry-and-carb-laden thrill ride. If you have eight fingers on one hand, THIS is your year to draw a MenorahTurkey and hang it proudly on the fridge.

There are plenty of parallels between the two observances that make them the perfect pair. Both honor occasions of devoutly religious people protecting their right to worship in the manner they choose. Both are excellent opportunities to reflect on where we come from and what we have to be thankful for. And both feature iconic dishes that are integral to the celebrations themselves.

I’m taking this opportunity to upgrade the two holidays. Hanukkah is pretty sweet, but wouldn’t it be better with a crispy-skinned, basted turkey on a bed of root vegetables? Yes. And sure, Thanksgiving is the ultimate food-lover’s holiday already, but what would happen if we added donuts? Good things. 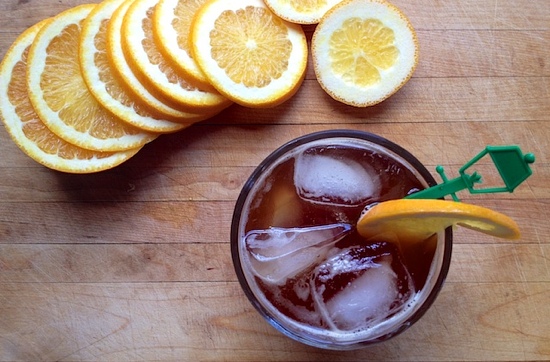 I’m a sucker for thoughtful and well-executed fusion, and Thanksgiving and Hanukkah were practically begging to be fused. Here’s my menu plan:

In true Hanukkah fashion, later in the week, I’ll use my leftover, pre-cooked latkes to make a potato latke kugel because carbs. The remaining shredded turkey will end up in matzoh ball soup. For the leftover donuts…JK, there will be no leftover donuts.

In my family, brisket is always served with kasha. Nothing is more comforting than pouring the brisket gravy over the kasha and eating by the spoonful. The only thing better is knowing there’ll be leftovers to eat on the next night of Chanukah.