Listening Back: Brian Jones Quintet and The Music of Art Blakey and the Jazz Messengers

In Listening Back, we chronicle the happenings at The Camel’s free weekly jazz series on Tuesday nights. Be there if you can. But if you can’t, stop by here every Saturday morning for a recap in sights and sounds. This week, Brian Jones detoured the music to Monday night, leading two of his groups in two thrilling sets.

Photos and audio by Lucas Fritz

There’s not much to say to preface a set like this; a line-up as stacked as drummer Brian Jones, keyboardist Daniel Clarke, saxophonist J.C. Kuhl, trumpeter John D’earth, and bassist Randall Pharr almost speaks for itself. It’s the quality of musicianship you come to expect from a Brian Jones set, but when you get there, you’re still blown away by how well they play together in the moment and how different the tunes are from the last time you heard them.

While he’s a prolific composer (he’s getting ready to release four CDs at the same time in February of new material), there’s a canon of Jones’s music that serves as his soundtrack. Take the second song of the set (or the first if you consider it having an extended intro), “Pinchback,” first recorded in 2003 with Monday night’s rhythm section (Clarke on Wurlitzer) and reverently rearranged and covered by the Richmond Marching Band in 2009. Signature Jones, but it’s different every single time. 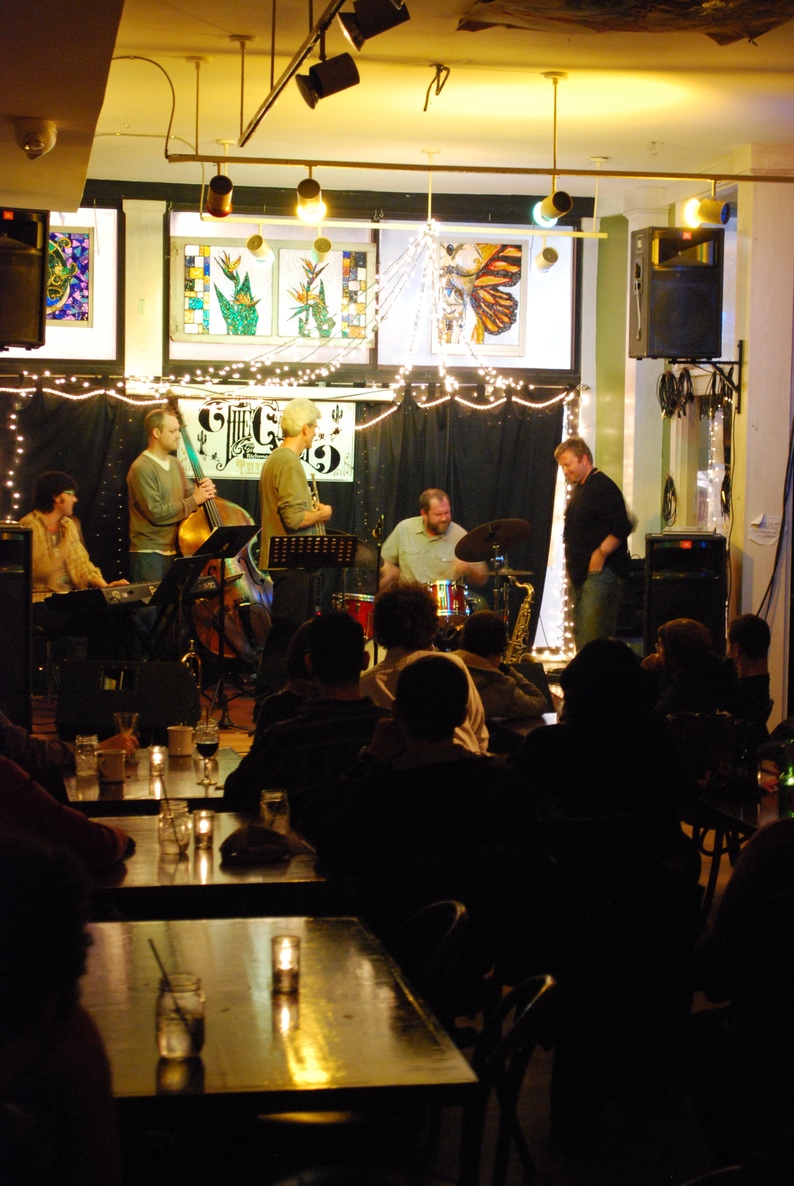 The audience looks on as Jones solos

Listen to Brian Jones’s The Music of Art Blakey and the Jazz Messengers set:

[audio:http://media.rvanews.com/Brian%20Jones_set2_011711.mp3|titles=Brian Jones plays the music of Art Blakey and the Jazz Messengers January 17 2011 at The Camel|artists=Brian Jones] 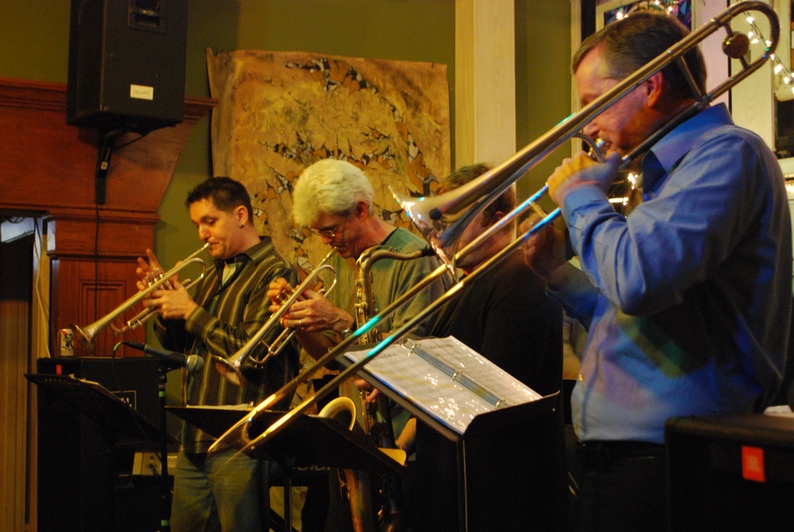 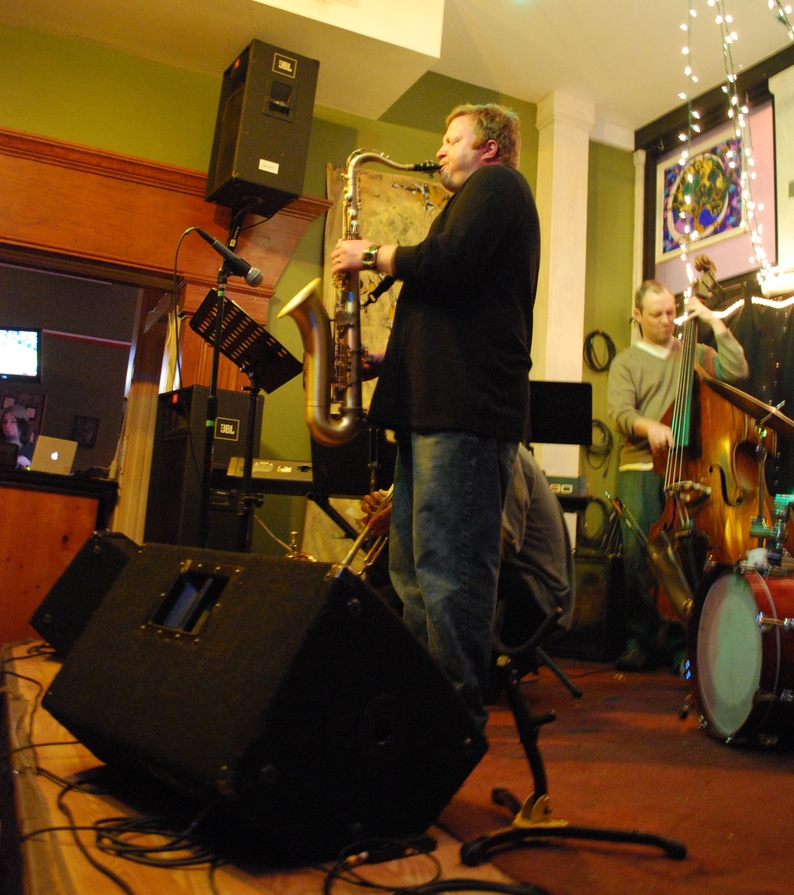 On Tuesday, Lucas Fritz Quintet and Old Soul continue the free series. [facebook] The Camel is located at 1621 W. Broad St. in Richmond, VA. More information is available at thecamel.org.