Richmond now has a rentable commissary, the only one of its kind in the region. Complete with a $60,000 high-end space and a full-size restaurant-style space, Kitchen Thyme is poised to help home-based cooks and local restaurants who need more space and equipment.

The kitchen has six burners, a charbroiler, griddle, a duel-fuel convection oven, a reach-in fridge and freezer, and what owner Melissa Krumbein says is the “coolest toy” she owns: a 15” steamer built into the kitchen’s island counter. These are just several of the items available for the public at Kitchen Thyme, the Richmond area’s only rentable commissary.

“I love watching people’s eyes when they first walk in,” said Melissa inside her office at Kitchen Thyme, located at 7801-25 W. Broad Street. She said that when people see the 400-square foot Dream Kitchen, with about $60,000 worth of “high end residential” equipment and 1,500 square feet of operating space, people think “‘I’m going to feel like a chef.’” If this weren’t enough to make would-be Anthony Bourdains and Mario Batlis salivate, there’s also a full restaurant-style kitchen in the back. The genesis for all of this came out of two simple needs that Melissa once had: proper equipment and enough space. 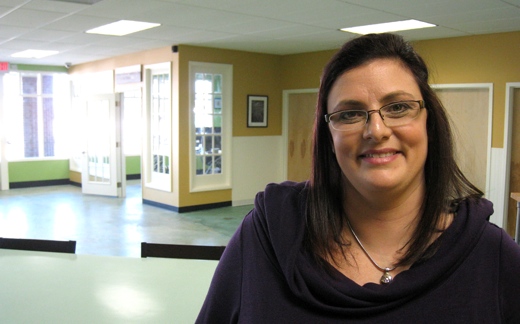 In December 2010, Melissa was taking a cake decoration class and was responsible for baking one cake per week. While enrolled in the class, her daughter asked for her sweet-sixteen birthday to feature a homemade three-level cake. “I went looking for a place to rent,” recalled Melissa, of a kitchen to handle making a cake that would serve over 100 people. She couldn’t find anywhere (or anyone) that would rent out a space for just the several hours that she required. The absence of rentable kitchen space became especially problematic when she both hosted and cooked a lunch celebration for sixty-three people several months later. After that experience, she told herself that she would never again cram all that food and preparation into her home kitchen.

A rentable, government-sanctioned commissary could help both new and existing food carts operate. Virginia law stipulates that food prepared in private homes cannot be sold to the public unless approved by the Dept. of Agriculture and Human Services. A rentable commissary can provide both the space and equipment for food carts to prepare their food, a possible reason for the now-closed Nate’s Taco Truck Stop: to provide Nate’s Taco Trucks with a kitchen to prepare his food.

While attending local farmers’ markets, Melissa asked several home-based bakers and cooks if they knew of a rentable commissary, perhaps unknown to those outside of professional cooking circles. The answer was always a disappointing no. “People wanted a place,” said Melissa, reflecting on those conversations with local, home-based food businesses. Many of the cooks she spoke with at farmer’s markets said that they would happily use such a space and service. So, Melissa decided to fill that need for others.

In May 2011, she finalized her business plan. In September of that year she found her location on the 7800 block of W. Broad Street and, after a few construction delays, opened Kitchen Thyme on February 10th of this year.

What distinguishes Kitchen Thyme from other culinary incubators (i.e. rentable commissaries) is that she offers space for two types of people. There is the equipment for, a start-up bakery or a food cart: her first customers were Secco’s chef Tim Bereika and Collin Wagner who used her space to prepare the items for Meddle, a pop-up restaurant at The Roosevelt on February 19th and 20th. 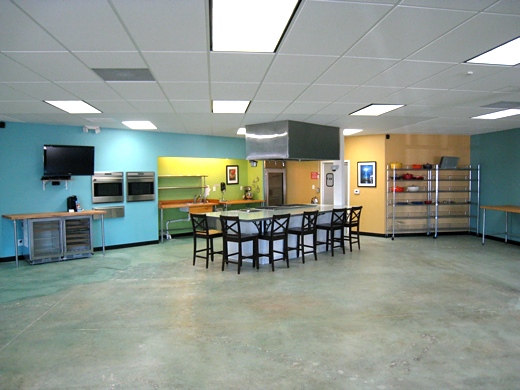 The other space is the Dream Kitchen that caters to individuals who need a larger space and more equipment than their home kitchen provides. Melissa envisions the space used for a variety of purposes: for those preparing a large family meal who need the extra space to cook, to a simple “girls‘ night out.” Able to hold seventy-five people, Kitchen Thyme can also host events like cooking classes–which it will do later this summer when local organization Mom’s Treehouse will put-on cooking classes for mothers. Kitchen Thyme will also host the March meeting of Richmond’s Social Media Club.

While she does not plan to hold an ABC license, customers can obtain a “banquet license” online, perfect for a group of friends that she said, for instance, wanted to have a Super Bowl event and cook a variety of foods throughout the game. Customers are free to bring in chairs and tables. Equipment can also be rented from Kitchen Thyme, as well as dry storage space. 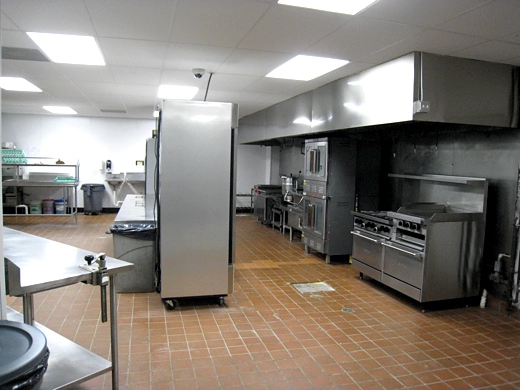 For users of either the restaurant-style kitchen or the Dream Kitchen, Kitchen Thyme charges $37.50 per hour and requires a four hour minimum (discounts are given to customers that use the facility within monthly set time tiers beginning at thirty hours per month). There is a $50 non-refundable booking fee, and a $200 refundable deposit “just in case you blow up my place,” said Melissa, smiling. Kitchen Thyme users can book their time online.

After booking their needed time slot, customers receive an electric key that allows them to enter the property only during their scheduled times. Melissa also has cameras that she can access remotely while away to allow her to supervise, even from her phone. “I see the middle of the night being the busiest times,” said Melissa, referring to businesses that need to have food ready for sale in the morning.

Kitchen Thyme is licensed under both the Henrico County Health Department and the Virginia Department of Agriculture, which allows for both regular consumers and established businesses to use her facility.

Even though her business is only a few weeks old, she is already considering expanding to Charlottesville and Virginia Beach, places from which she’s received requests to open another Kitchen Thyme. Her unique business is already raising attention outside of Virginia. “I’ve even had one request [to open] out in Arizona.”

However, before any serious moves to expand take place, Melissa is waiting for Kitchen Thyme to be regularly used. “It is frustrating,” she said about the wait for steady business, “but I know it’s coming.”