GWAR, Me, and the Onrushing Grip of Death: Part 22

Surfer Girl got unreasonably thrashed in the last episode, and I am sorry. I should have spent a lot more time describing the first true love of my life in the glowing terms that she deserved. But nevertheless it’s time for the shortest episode yet of … 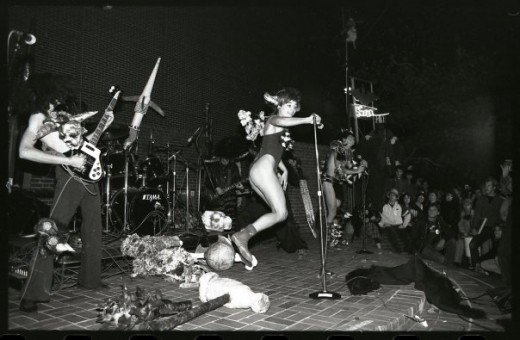 SURFER GIRL WAS A BEAUTIFUL PERSON, AND I AM SORRY I WROTE CRAPPY THINGS ABOUT HER IN THE LAST EPISODE (even if they were funny).

I am indulging my comments section on this one. As usual I was having fun at the expense of others, and unfairly thrashed Surfer Girl. And I forgot another huge part as reminded by G-Man. So I endeavored to address these concerns. Now, that I have, I wish they’d never posted their stupid comments, they’ve made a mess of everything! So before this episode evens begins lets go back, apologize, revise history…fuck I wish I had never been born!

I could have spent a lot more time describing the first true love of my life in the glowing terms that she deserved. But fuck it, I didn’t! We were both young and gay, and dirty, and had our poor heads filled with all of that art school mish-mush– it’s a lot easier to remember the stupid stuff, snipe away from cover, and hope the featured party didn’t read the episode. But truth be told, Surfer Girl deserved better than what she got in the last installment of this sordid tale. That “metaphysical mouth-poop” (language learned from years of art school critiques), was interesting enough to reduce me to a droolingly lovesick puppy for a couple of years..she was arguably the hottest girl at V.C.U. at the time. The fact that she was hanging out with me, known slut and crappy lay (yes, bad sex after an extremely awkward pre-sex ritual) left me so stunned that I had no idea how to handle it or her. It’s like she was made out of elemental fire or some otherworldly substance that I put my penis in.

We had feasted on each other’s lives. Surfer Girl had been in the band Milk as well, and had even endured the rigors of dairy life. One time her Dad came down, saw where she was sleeping (a ledge) and immediately built her a log cabin in the middle of the Dairy. She was an amazing girl, and we just argued constantly about everything. One night a random comment from a homeless guy led to an hours-long, absolutely useless disagreement…but damn she had the finest ass I had ever seen.

There was a final conflict that ended our romance once and for all. Surfer Girl had built/painted a huge pair of underpants (about three feet across, four long…) that was pin-striped red and black with a huge backwards pink swastika emblazoned on the left leg. She was adamant about wanting Gor-Gor * to wear “Hitler’s Underpants” in an upcoming parade appearance GWAR was getting ready to do. The rest of us were equally determined that it wouldn’t happen. It was the final act in a romance that spanned a couple of years, but many times later I often found myself wondering what it would have been like if Gor-Gor had actually worn them.

I am a little scatter-brained as I try to get back in the groove of this thing. But as usual life is complete chaos. I missed the last episode because of that crazy Crack-a-Thon thing I was doing in New York. As a personal highlight I sang a duet of “Candle in the Wind” with Andrew WK. We have less than a month until our next tour and I have to move not only out of my house but move the Slave Pit across town as well. Throw in working on the new album, trying to keep up with a mountain of commissions, and my crippling weed-addiction and I am thoroughly discombobulated.

But nevertheless it’s time for the shortest episode yet of …

Techno had left for Detroit, locking up the costumes at his parents house before he did so. The Natives were getting ready to drive to California and make an album for SST and Greg Ginn. The renovation of the Dairy was slugging along under the guidance of The Vet, a crazed Vietnam veteran who was going to get us all killed in his quest to strip every inch of copper wire out of the Dairy. Then another crew moved in and I almost got stabbed to death in a back corridor with cement trowel. The Dairy wasn’t the bohemian playground it had used to be. It was only a matter of time before we got kicked out. Standing with Sleazy in the rubble of the Dairy , we wondered what to do…

GWAR would not be stopped!

Right around the same time I started hanging out with Wolfman, called so because he is a Wolfman. He was also the Natives sound man and also worked at Radioactive Studios, back in the day when bands actually had to go into such a place in order to record their music–on magnetic tape, no less! Gradually I began my withdrawal from the Dairy and into Wolfman’s house over on South Pine St., or “Spine St.” as it was lovingly called. Mantis and G-Man lived there too.

We would have laughed if you told us then that one day Mamma Zu’s would one day spread it’s lovely garlic smell across the neighborhood…back then we ate grilled cheese sandwiches at the Pine St. Grill, and occasionally somebody would eat a bottle to the teeth, supplied by the psychotic locals! 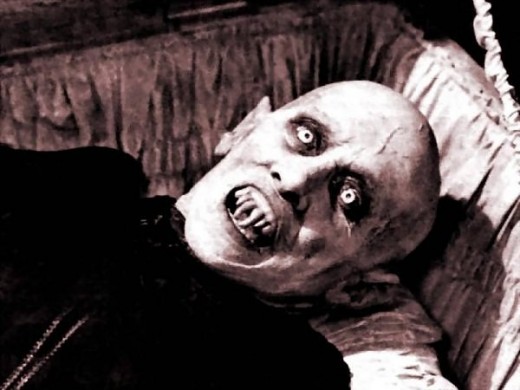 The Wolfman grew some amazing pot, and during one of our many bong sessions we came up with what we thought was a pretty good idea–we would actually record the soundtrack to a GWAR show in advance, complete with quad-tracked guitar solos, crank it through the P.A., and lip sync to the whole thing! What could possibly go wrong? The songs actually came out pretty damn good, and a bunch of people showed up for the gig…it worked really good in soundcheck, but for some reason when we did it in front of the crowd it sounded totally different. I was convinced the audience knew we were lip-syncing and that we totally sucked. As usual the opposite was true. People had no idea how the hell Cornielius Cranage could play four guitars at once so I guess the experiment actually went pretty well. But being an overly dramatic art fag I was convinced it was a complete failure. But that was the last project the Alter-Natives would be able to do with us. They were off to sunny California, and I was broke, bandless and sleeping on a piece of cardboard. It looked like GWAR might be over before it had even started. And crack hadn’t even been invented yet!

The Dairy was done. Drunk George the one-armed welder had succeeded in collapsing half the building and no one seemed to notice. One day I woke up to a circular saw coming through the wall, vomiting a shower of asbestos-laden debris all over my drummer’s girlfriend. Soon I had moved into Spine St. without asking anyone, and slept on a piece of cardboard in the front room. The GWAR shop moved down to Shockoe Bottom inside one of those gigantic tobacco warehouses where we set about re-building all of the costumes. And with amazing artists like the Musel-Man, Sleazy and Sexy and increasingly The Mantis (who was being inexorably drawn into GWAR despite initially thinking it was “stupid”), we were soon suited up again…

NEXT TIME : The scourge of the later part of the 20th century becomes the driving force behind the silliest band in history–join us in two weeks for the next episode —

* (the famous and first “camo” version that Techno had built, it still exists in the Slave Pit vaults and hopefully one day the exhibit halls of the Valentine Museum)