Give family fun a Boost! at the new Science Museum exhibit

Have a hard time convincing your kids (heck, yourself!) that Science is fun? Then head to this new exhibit. Juggle scarves, walk a tightrope, and do your best impression of Darth Vader. No, this isn’t one of my (many) bizarre fantasies; these are just a few of the 26 stations at Boost!, a new permanent exhibit that opens at the Science Museum of Virginia on Saturday.

You can also perform yoga while a body scan monitors your form, use a touch screen to compose music using instruments like bongos and xylophones,1 learn the scientific implications of sleep, and test your strength with an immovable chest press machine.

But the stations at the new exhibit aren’t just about having fun, they’re about educating people on the science of strengthening their bodies, minds, and passions. Think of the exhibit as if Lumosity came to life and immediately chugged gallon after gallon of all-natural protein shakes. The exhibit gives people hands-on experience (literally) with the science of improving their lives. 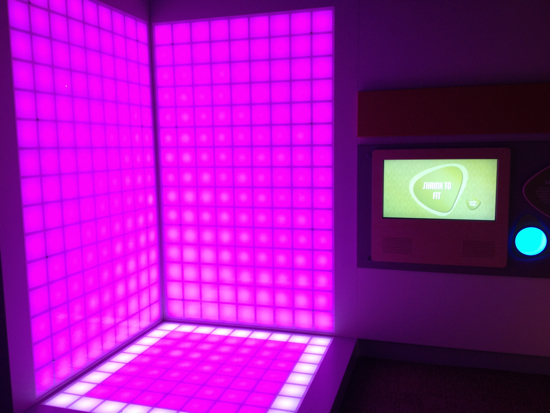 Richard Conti, the museum’s Chief Wonder Officer, said organizers of the exhibit kept a simple question in mind when designing the museum’s latest addition: “What are things that people would like to improve?” he said. Typically it’s sleep, stress, work, diet, and other things people believe will make themselves happier. “We used that as an organizing principle,” Conti said, to create specific stations that address those needs.

For instance, the tightrope shows the importance of practice as way to excel in any work or hobby.2 In his book, Outliers, author Malcolm Gladwell helped popularize a study that suggested people require 10,000 hours to master a specific task. The difficulty of completing a walk across the tightrope underscores the need for persistence and patience to attain mastery. 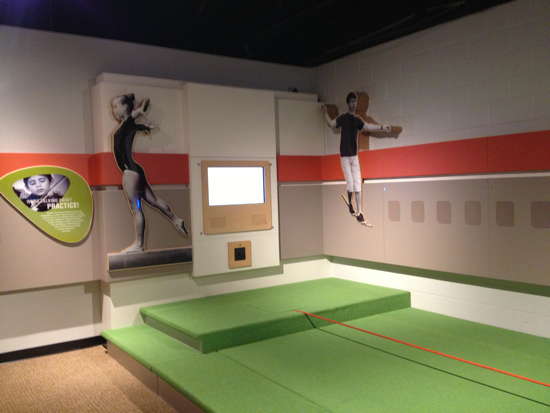 Included in the exhibit is a working kitchen, staffed by museum employees that will lead up-to-five daily demonstrations on cooking dishes from quiches, Tex-Mex items, to popcorn, all the while explaining the chemical influence that ingredients have on the body and mind.

One of the most technically-impressive stations is one that follows the movement of a participant’s eyes as she looks at a variety of projected pictures (my results for one picture below). 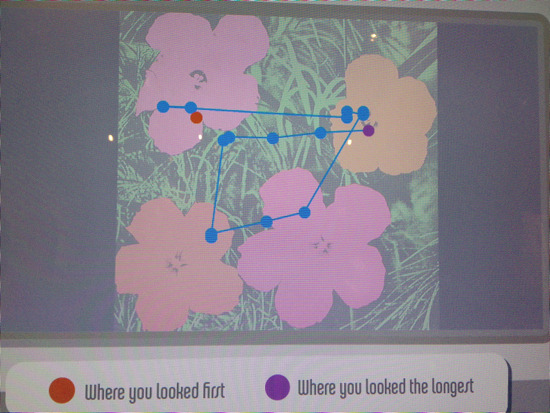 Don’t think Boost! is just for kids. I previewed the exhibit with other adults, and many of them (myself included) smiled and laughed as we bounced from station to station.

Exhibit goers receive a QR code that they use to initiate each station’s activity. Users can keep their QR code and return to the exhibit with it to chart their progress on any station. They can also compare their scores and measured attributes with others. 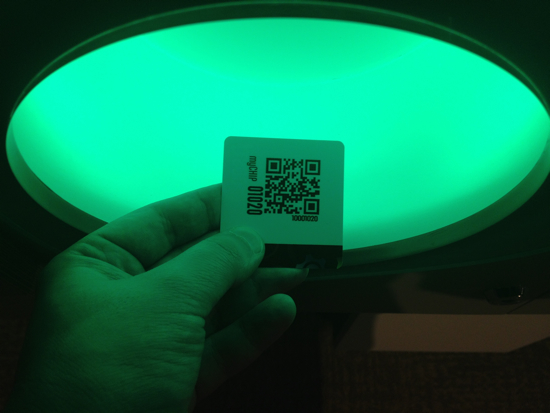 Conti said that’s one of the allures of the new exhibit, as people are instinctively curious about how they compare with others. “We’re inherently interested in ourselves,” he said, adding that competition and comparisons help us create our respective identities.

The Science Museum has thought an awful lot about itself in recent years. In September 2011 it released a Master Plan (PDF) that called for the museum to modernize and move away from traditional science education (i.e. throwing facts and figures at kids without giving them practical applications). Soon after, the museum launched a $60 million transformation to bring that vision to bear.

According to the Master Plan, the museum now focuses on “…building skills in creativity, invention, collaboration, and problem-solving.” Exhibits that merely tell information aren’t good enough anymore–visitors should experience it. Boost! is the first permanent exhibit of the museum’s transformation. “We’re not here to teach you science,” Conti said. “We’re here to get you engaged with it.”

The Boost! exhibit is included in Science Museum of Virginia admission. Tickets are $11 with $1 discounts for ages 4-12 and 60+. 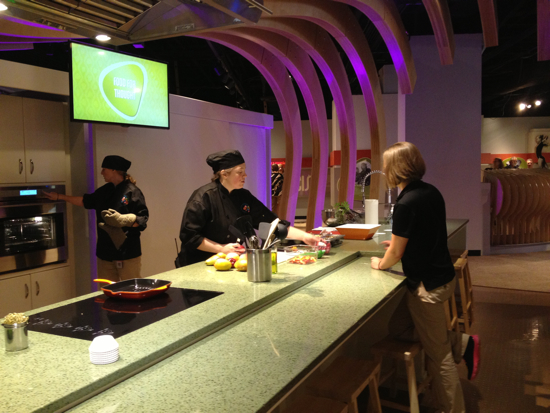 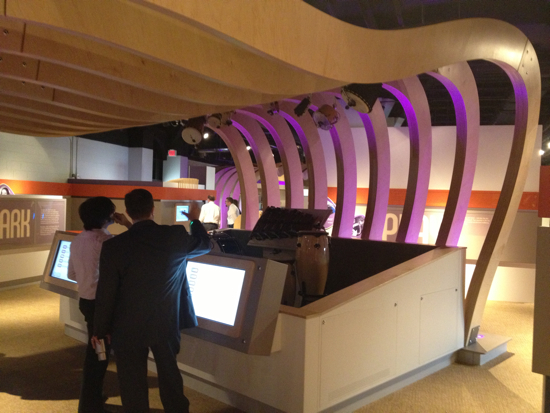