And when we say “more,” we mean the Perkolator, larb gai, and rotisserie love. BOHABS! The 6th annual GWAR B-Q is nearly upon us! Prepare to get brutal all weekend long with GWAR B-Q events kicking off Friday night at the National, climaxing (all participants are guaranteed an orgasm, according to the event page! Bonus!) on Saturday with the main event at Hadad’s Lake and after-party at Hardywood, and polishing itself off on Sunday at GWARbar at the first-ever Brutal Brunch.

While you’re cramming your ears full of punk and metal on Saturday at Hadad’s, you can cram your mouth full of food, care of Alamo BBQ, Bodillaz, Carytown Burgers & Fries, Goatocado, Happy Empanada (I’m thinking they might want to rebrand as “Empanada of Pain and Suffering” for the day, but who am I to suggest?), Hardcore Sweet, J’Deans Smokin’ 6 BBQ, King of Pops, Lamplighter, Maui Wowi, Mister Softee, Sugar Shack Donuts, the Dog Wagon, and the Return of the Mac! Hey man, Slave Pit’s gotta eat, right?

WE’RE ON THE WAY TO GRANDMA’S FARM 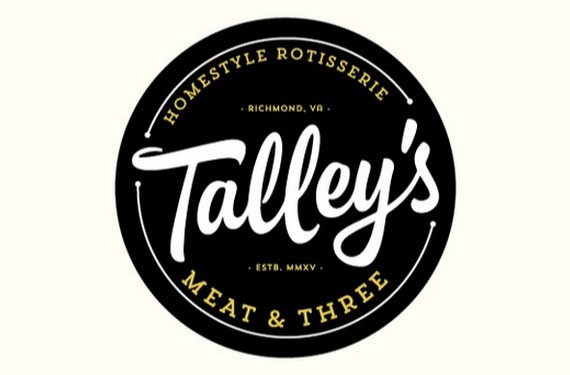 Josh and Jessica Bufford, owners of Hutch and Toast, co-owners of Shoryuken Ramen, and former owners of Toast and Estilo, are at it again. They announced this week that the former Estilo space in the Village Shopping Center will reopen as Talley’s Meat and Three, a comfort-food concept based on Josh Bufford’s childhood experiences on his family farm in Georgia.

Their restaurant logo boasts a “homestyle rotisserie,” and that’s where things get particularly interesting for me: I’m convinced there is no cooking method superior to the rotiss, and I’m happy to fight for that point if necessary. Jessica Bufford explains their plans for the rotisserie, saying, “Estilo had two large rotisseries back behind the bar area. They were pretty much on display, but we didn’t have them running during dinner service very much. We are going to be using that large rotisserie as well as a large smoker for most of the proteins. We plan on it running nearly all day. We will serve chickens, brisket, roast pork, smoked turkey breast and other similar meats, as well as roasted vegetables from the rotisserie.”

According to Richmond Magazine, the Buffords and their team of cooks will use recipes from their own families and even the families of their guests in an attempt to make every last guest feel right at home when the restaurant opens in September. 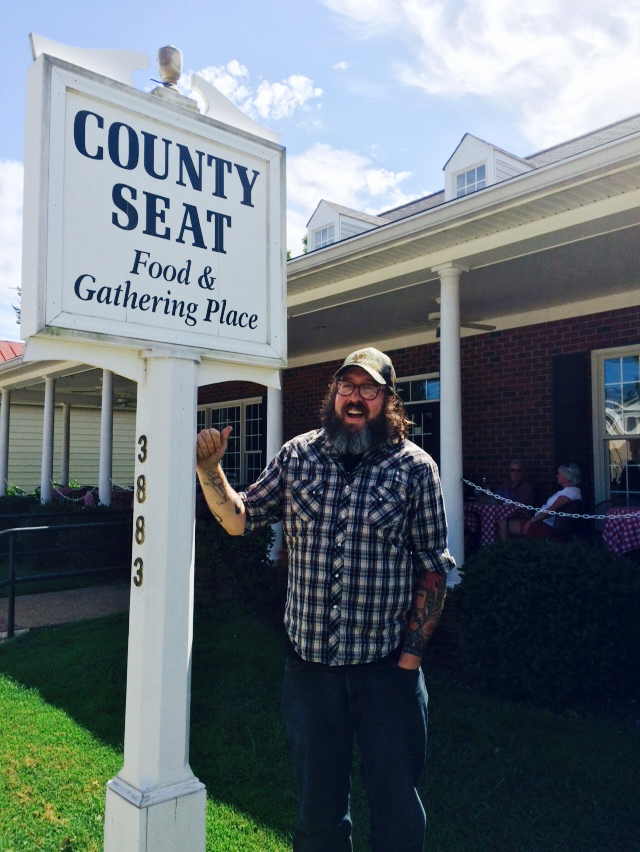 Tickets to the 13th annual Powhatan’s Festival of the Grape, taking place October 24th, are now on sale, and this year, there’s a twist! The event organizers have added a new Dinner of the Grape event on September 20th, with guest chef Travis Milton. The Dinner of the Grape, at the County Seat Restaurant & Gathering Place, will preview the wineries participating in the festival, and $65 early-bird tickets include a ticket to the festival so you can bring back all the memories you made (and may have slightly forgotten) the month before.

People tend to get a little cult-ish about their Big Green Egg grills, to the point where I fully expect a Big Green Egg lover (self-proclaimed Eggheads) to leave a comment affirming his love for his (or her!) grill on this very article. If you’re one of these Eggheads, show us what you’re made of this weekend at Green Top’s Eggfest, Saturday from 9:00 AM to 3:00 PM.

There will be grills as far as the eye can see (especially if you’re nearsighted!), cooking demos, and competitions with prizes including Green Top gift cards and, ultimately, a Big Green Egg mini-max grill of your very own. Big Green Egg chef Linkie Marais, a former Next Food Network Star contestant, will be partying among the eggs all day, sharing her tried and true BGE recipes. Want to meet the chef and contribute to the Reese Strong Foundation at the same time? Grab a ticket to their meet and greet dinner tomorrow, August 14th on Harley Davidson’s ample patio.

If you ever doubted that school gardens are an amazing thing, stop doubting it. Just stop right now.

There’s more to baseball food than peanuts and Cracker Jacks.

Wrap your minds around this brilliant thing: Cold brew, espresso, maple syrup and sweetened condensed milk. That, my friends, is the Perkolator, and if it fails to sufficiently wake you up for the day’s activities, all I can say is, you either must have partied your ass off the night before, or you have a newborn. Either way, this beverage can only help you. And, through the rest of the month, order a large one, and you’ll get your very own Perk! tumbler, which will give you an extra 10% off future drink orders like some sort of magic-wand-tumbler-hybrid.1

Not only is larb gai fun to say, in the best case scenario, it’s also fun to eat. Such is the case at Sabai. This Thai minced chicken salad is a perfect sour, spicy way to begin a meal while overlooking W. Broad Street, which I swear, whenever I visit Sabai, mysteriously transforms into a hazy tropical oasis with each sip of my mai tai, which coincidentally rhymes with larb gai, so look forward to visual hallucinations and lots of rhyming upon your next visit to this tres hip, late-night spot.

Local Food Hub is a Charlottesville-based nonprofit organization that partners with Virginia farmers to increase community access to local food.

Good Agricultural Practices (GAP) certification, a government- and industry-recognized standard in food safety, is among the highest regarded credentials available in fresh produce food safety. Thanks to our cost-share programs and the expert training and technical assistance provided by our Director of Grower Services, Adrianna Vargo, 9⃣ of our parter farmers achieved GAP certification this year❗️ Read more about it in our July newsletter (link in bio). #vagrown #foodsafety #gap