In the February issue of The Local Palate, Keia Mastrianni profiles our resident darling of Appalachian cooking, Travis Milton. Mastrianni connects the dots from Milton’s home and history to his food at Comfort and his current work with the Appalachian Food Heritage Project. From the article,

Milton hails from the central Appalachian region of Southwest Virginia where his family lived for generations. Dotted with farmers, steelworkers, the daughter of a Mohawk Indian princess, and one mean fiddler, Milton’s family tree is full of hardworking self-sacrificing individuals, many of whom he had the great fortune to know–including his great-grandparents on both sides. For Milton’s family, as it was with most Appalachians, subsistence farming and an integral dependence on family was a way of life.

The article, entitled “Seeking Appalachian Comfort,” includes quotes from friends and collaborators, including Ronni Lundy, David Shields, and Sean Brock, who said of Milton, “Travis is one of the first guys to properly celebrate this kind of cuisine, the cuisine of my grandmother, inside a restaurant…He’s keeping the story alive.” (The Local Palate, digital edition)

This spring in Loudon County, bines and bines of hops1 will stretch on for acres at Black Hops Farm. In the fall, when they’re ready for harvest, they’ll go to a commercial-scale hops processing facility, Luckett’s Mill & Hopworks, a first and only of its kind for Virginia and the Mid-Atlantic.

Black Hops Farm creator Jonathan Staples initially sought local hops for James River Distillery’s Commonwealth Gin, but the project quickly took on a life of its own; and now Staples is sitting on 15 acres of hopyard in Lucketts, Virginia, an unincorporated historic hamlet on Staples’ route from DC to Richmond to Frederick, Maryland, a trip he knows well, thanks in part to his role as restaurant investor with partners such as Bryan Voltaggio and Mike Isabella.

Staples has the blessing of Governor Terry McAuliffe, a $40,000 grant from the Agriculture and Forestry Industries Development Fund with $40,000 of matched funds from a USDA grant, and a mandate: Grow all the hops.

Staples hopes to attract farmers to cultivate hundreds of acres of hops, creating a new cash crop for the state and region. Access to local hops means increased productivity and decreased ingredient cost for breweries and spirits producers. Access to a processing facility means more farmers growing more local hops. That means more Virginia beer. A LOT MORE OF IT. It also means James River Distillery will indeed be able to produce Commonwealth Gin as a “100% Virginia-sourced spirit.” Score one for gin. (Richmond.com and Press Release) 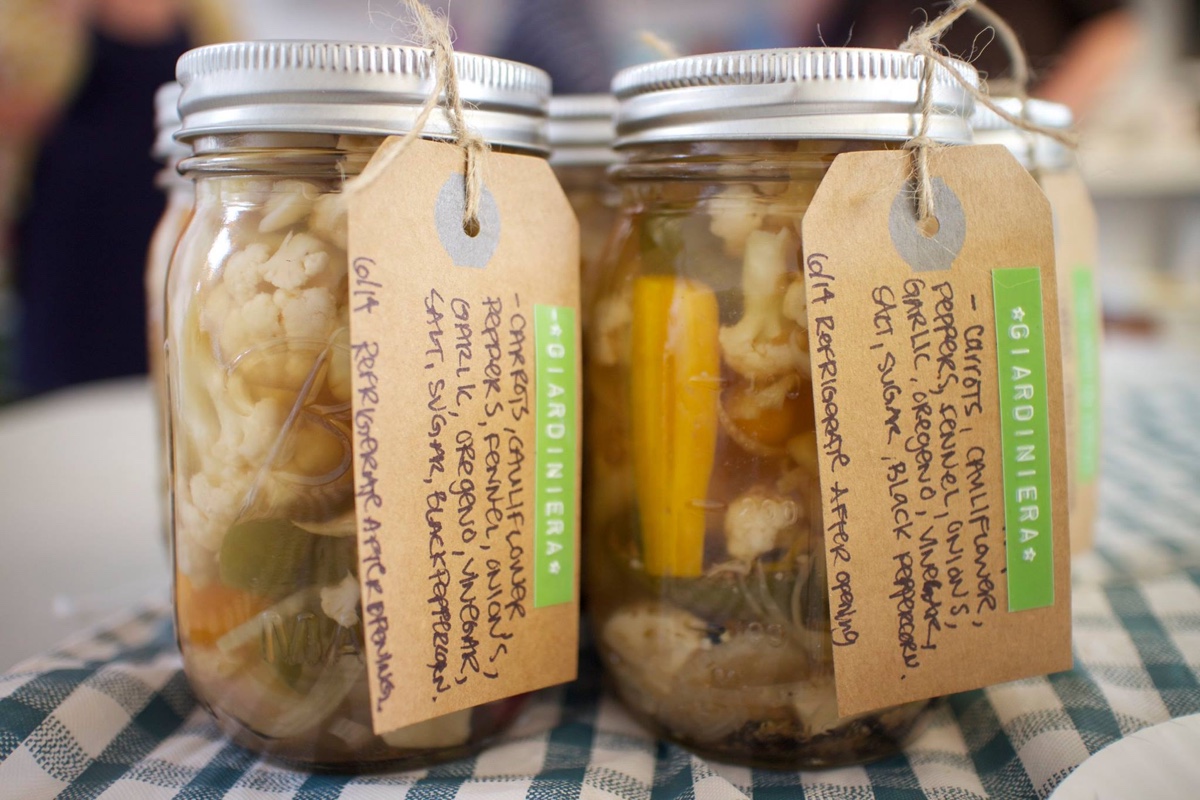 RVASwappers are going off script with a theme-free swap on Sunday, January 25th at Pasture. Bring six of your finest homemade jellies, pickles, pies, soups, and salad dressings (clearly labeled) to sample and share with your fellow swappers, and bring a big sturdy basket in which to carry home your newfound goodies.

It boggles my mind that this is a free event, given that you walk away with five brand new cool edible things. When I mentioned my amazement to co-founder Beth Dixon, she responded, “It’s all about the community and learning to be sustainable from each other and bartering. We decided from the beginning that there would never be a charge. We occasionally do fundraisers to cover our costs, but they’re minimal.” (Eventbrite)

And speaking of Sunday, January 25th–what are you wearing to the Elbys? Sequins? Jumpsuits? SEQUINED JUMPSUITS? The Studio 54-themed after-party has Elby-goers searching the racks from Blue Bones Vintage to Halcyon and (re)learning how to best apply blue eye shadow. After all this hard work, I’m hoping next years’ theme is “Pajamas.”

While you were watching Top Chef last night, the Rappahannock restaurant crew were putting on a show for the folks at the James Beard House with a Rappahannock Oyster Celebration, a seven-course feast featuring East Coast oysters (obvi), Old Hill Cider, Barboursville wine (among other pairings), and a “Tangerine Creamsicle with Buttermilk Semifreddo” that I’m now sincerely hoping ends up on the menu at Rappahannock.

The James Beard Kitchen Cam streamed the entire service live last night, which meant I sat, transfixed, watching chefs silently plate up dish after gorgeous dish while trying to write this very paragraph. Service was quiet and clean, the chefs laser-focused on their dishes. If you expected towel-snapping and ball-tapping, you read the wrong chapter of Kitchen Confidential. This was a well-choreographed five-hour production worthy of its own live kitchen commentary (which, I, naturally, delivered to an audience of zero). (James Beard House)

The Roosevelt is one of the Best Southern Cocktail Bars, according to Conde Nast Traveler, and the only one I can walk to, according to Google Maps. (CNT)

Manny Mendez shares his experiences as a Cuban immigrant with Brandon Fox in a profile that’s so good I wish there were at least 1000 more words of it. (Style Weekly)

The Times shed light on an atrocious tax-funded, USDA-sanctioned horror farm in Nebraska, which has been experimenting on animals for the last fifty years, with the goal of making meat production more efficient and profitable. It’s a hard article to read and not just because it’s long. The abject inhumanity in the name of consumerism is gross, no matter how much you love ribs or lamb or bacon or whatever. It’s just gross. And sad. (New York Times)

Is ramen dead? Isn’t it? IDK! Here’s what I do know: Will Richardson makes the ramen gods smile with a clean and complex approach to classic ramen. His residency at Lunch/Supper is nearing its February 24th end, and the semi-permanent ramenya consistently fills up fast and tends to sell out. Prepare accordingly.

SIP OF THE WEEK: MILK STOUTS

Hardywood will release a brand new duo of beers this Saturday, in collaboration with Florida’s Cigar City Brewing. The release will feature both the Milkman and Milkmaid Stouts, amid a (potentially) staggering array of Hardywood and Cigar City stouts, barrel-aged stouts, milk stouts, and nitro stouts, as well as less stoutly beers.

With chocolate malt and cocoa nibs contributing to the flavors in the Milkman Stout, this is like the heftiest organ-warming milk drink you may ever experience. Its female counterpart, the Milkmaid packs a lower ABV (only 7% compared to Milkman’s 12.5%) and a nuanced combination of flavors including espresso and licorice with a fragrant chocolate nose.

You know Hardywood would not leave you hanging with a bunch of stouts and no food. Food trucks including Goatocado, Paris Creperie, and Slideways Mobile Bistro will be serving starting at 2:00 PM. (Facebook)

‘GRAM OF THE WEEK: ELBYBREADRVA

If you haven’t already hit your quota of laser-etched bread on Instagram, I submit the Elby’s Bread IG…because if not now, when?